'Are we expendable?' | Construction worker voices concern about spike in clusters

Austin Public Health confirmed 19 coronavirus clusters in the local construction industry, which is more than any other non-institutional industry. 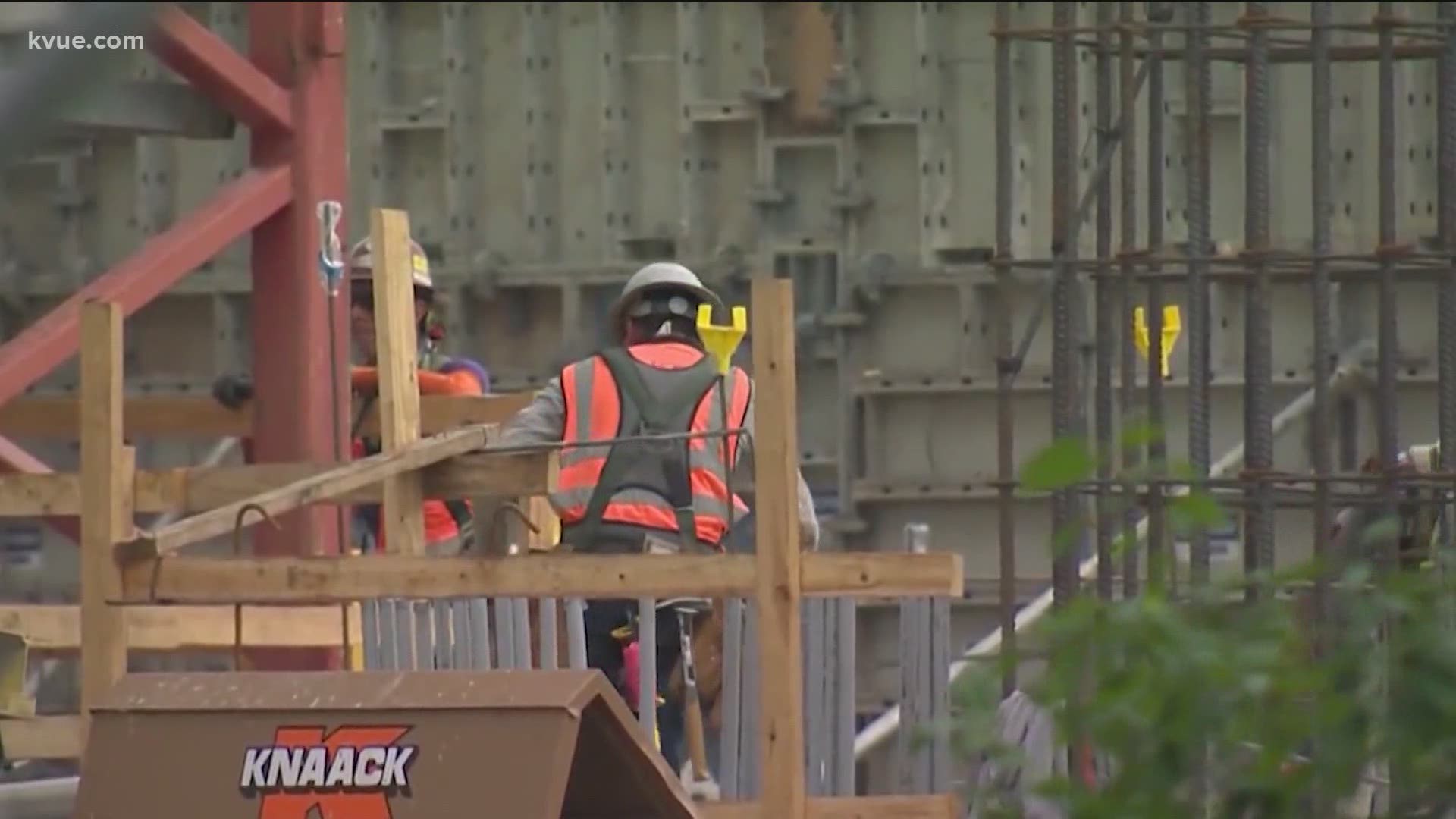 AUSTIN, Texas — Austin Public Health reports as of Monday, there are 19 coronavirus clusters in the construction industry.

Nine of those clusters are among general contractors; three under electrical, heating and air conditioning; two for concrete work; two for plumbing; two for special trades; and one cluster's in excavation.

“Those are my worries – coming home and bringing it to someone else and them getting sick,” an electrician in Williamson County said.

RELATED: These Austin industries have the most COVID-19 clusters

That electrician works as a subcontractor on the Kalahari Project in Williamson County. Williamson County hasn’t confirmed any clusters, but KVUE reported an outbreak of COVID-19 at that site last month.

The electrician wants to keep his name private for fear of losing his job, but he told KVUE on Nextdoor he’s worried for his safety.

The electrician said hand-washing stations don’t work, social distancing is almost nonexistent and it’s rare to find someone wearing a mask. Advocates for construction workers are also tracking that.

“We are extra concerned and expected that there would be challenges across the board with enforcing COVID-19 standards,” co-executive director of Workers Defense Project Emily Timm said.

But a spokesperson said Williamson County hasn’t set any health safety requirements for the construction industry. The county also only encourages people to get tested if they have symptoms.

Meanwhile, Austin Public Health set guidelines for the construction industry, but can’t enforce them because of orders from the governor.

The City is testing workers at construction sites where there are confirmed cases, but the electrician we spoke with is hoping for more testing soon.

No one from Kalahari Resorts or Hensel Phelps responded to KVUE's request for a comment on Wednesday. But a spokesperson sent a statement at the end of April when KVUE confirmed an outbreak of the virus:

“As a precaution, Hensel Phelps shut down the affected areas to allow for the professional cleaning and sanitization of the jobsite, as well as implement further measures to mitigate or limit the spread of COVID-19 in the community.”

This story was inspired by a local resident on Nextdoor. Click here to see and comment on KVUE's Nextdoor posts.