Juan Luna would have turned 26 on July 14, 2018. There were tears in lieu of a celebration because he was killed the day before in an officer-involved shooting. 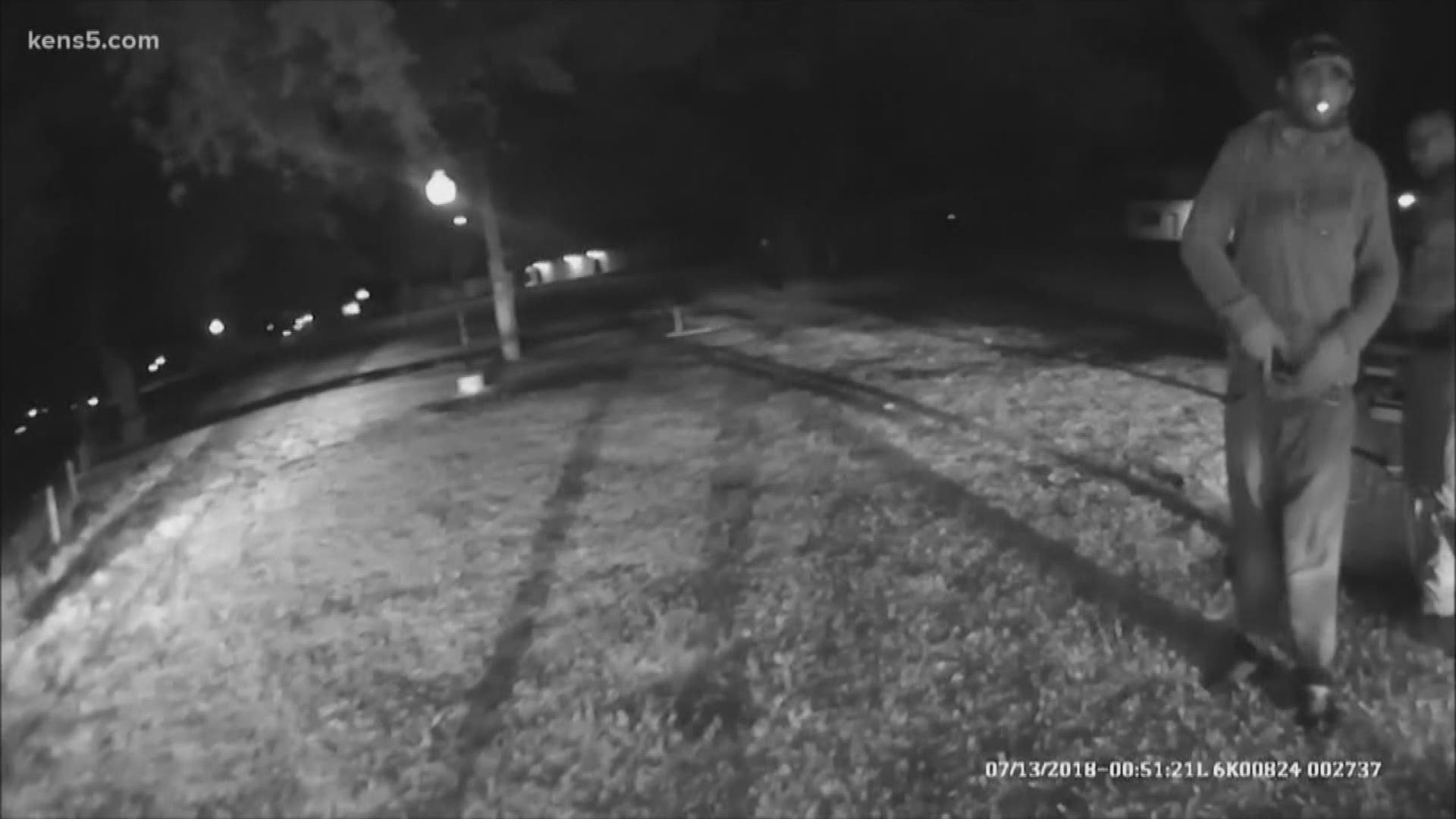 DILLEY, Texas — Officer Jose Pargas appeared shaken by what happened in Dilley’s City Park. His duty partner at the scene, Officer Juan Gabriel Munoz, executed as any policeman could connected to an officer involved shooting.

The scene evolved from questions to a lethal shooting so quickly.

It started when the officers were trying to determine where the sound of gunfire came from in the wee hours of the morning. According to statements given by the officers to the Texas Rangers, Pargas’ personal vehicle was the victim of a shotgun blast the previous night.

Pargas told investigators the Dilley Police Department’s surveillance camera malfunctioned. So DPD security video missed who blasted the officer’s Mustang with a shotgun. Investigators said it was parked where other officers leave their personal vehicles.

The statement and body camera video shows both officers going to the city park. Munoz approached a man he saw sitting at a picnic table in the dark. Pargas, who told his partner to wait until he arrived, also approached at a distance.

Munoz: What are you doing out here?

Munoz: You have any weapons on you man?

The 25-year-old can be seen smoking a cigarette talking to the officers. He told officers he had his headphones on.

Both officers are wearing body cameras. It captures Luna pulling a shotgun out of his pants. The video shows him being shot once in the head. The officers tell him not to move. He is still alive but appears lifeless.

Pargas: We’ve got a weapon dude! Call it in. Call it in man! I got him.

Pargas kicks the shotgun to the side. An ambulance is called as crime scene tape starts to go up at scene.

Pargas: Dude he was going to kill us dude.

Pargas: He f---ing pulled it right out on me

Prior to emergency crews arriving at the scene, Pargas starts to crack over the shooting.

In fact, the 57-year-old officer even started praying.

Pargas: Our father who are in heaven. Hallowed be thy name. Thy kingdom come. Thy will be done just as in heaven. Give us our daily bread. Forgive us our trespasses as we forgive those who trespassed against us. Lead us not into temptation. Deliver us from evil. Amen.

The ambulance arrives on the scene. The paramedics, one from Converse, the other from San Antonio, wait until the officers check Luna’s body for additional weapons. Pargas checks for a pulse. He believes Luna is deceased.

The video shows him calling out ‘cigarettes’ as he pulls them off Luna.

Pargas: He’s got something over here. Hold on. Shotgun shells.

Paramedics find a pulse on Luna. They even have Pargas feel it. But Luna’s time in the world started to end. He was a day away from turning 26 years old. Instead of celebrating, the father of one died in Dilley’s city park a suspect in the attempted capital murder of a police officer.

In the body camera video and in their statements, Munoz and Pargas said they did not know the identity of the dead man. Another law enforcement agent who arrived on the scene did. He recognized the man from Pearsall.

Luna did have a few criminal instances. But Pearsall Police Chief Pedro Salinas would not return phone calls to inquire about them. His lieutenant did screen a call for the chief but there was no communication beyond that.

Frio County District Attorney Audrey Gossett Louis said by email she was busy working on an unrelated child molester case. She did not respond to a request for a statement.

The Frio County Jail did release information about Luna’s incarceration. He had charges of public intoxication, arson, engaging in organized crime and an assault connected to a family member.

Following his death in 2018, Luna’s brother Isaiah spoke to KENS 5 journalist Roxie Bustamante about his brother.

“He can’t handle himself very well. But he had a mental illness,” he said. “He was in special ed his whole life.”

Dilley City Manager Juan Estrada said on the phone he was instrumental in making the body camera video available to Luna’s family to see.

The deceased man’s family refused to comment on the video, deadly shooting or Luna after multiple phone calls from KENS 5.

Estrada made the same video available to KENS 5 following a public records request. He said he’d make himself available for an interview if the questions were submitted in advance. We declined.

A Dilley press release said the officers heard the gunfire at 12:50 am. 15 minutes later, Luna was dead. It is unclear why he had a 20-gauge shotgun in his pants. The Texas Rangers conducted the shooting investigation.

The police chief, city manager and officers involved in Luna’s shooting no longer work for the city. Each left for unrelated reasons.

Pargas and Munoz were cleared by a grand jury of any criminal responsibility.

There were nearly 100 puppies in this van

9-year-old boy dies after being shot by father, family says