Opened in 1926, it was part of Austin City Hall's efforts to force Black Austinites to move into a single segregated neighborhood. 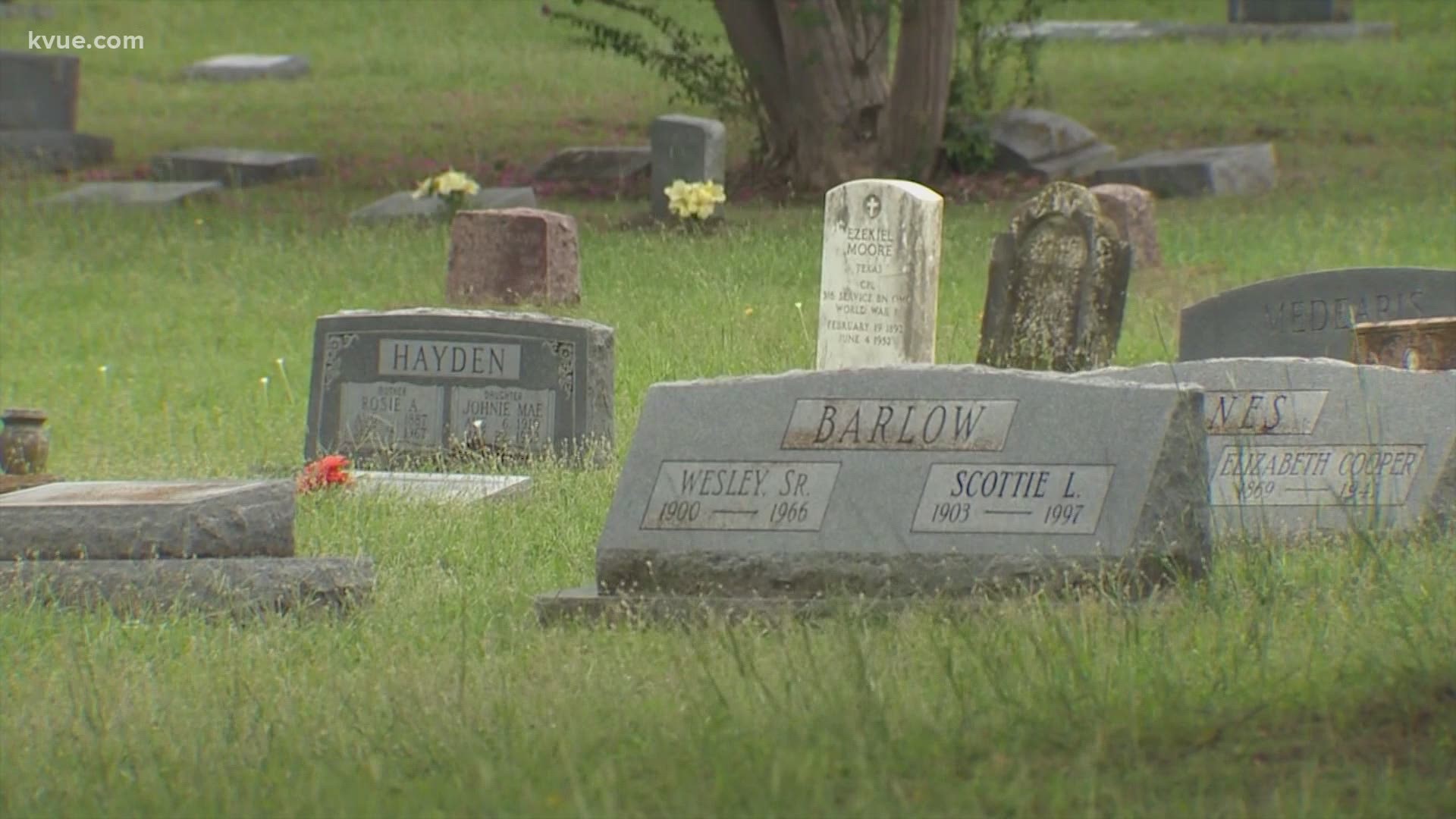 AUSTIN, Texas — Austin’s Black population grew steadily after the end of the Civil War, as most chose to live in small communities called "freedmen's towns" that were located outside the central city.

Before the University of Texas' West Campus neighborhood was there, the Black community of Wheatville had its own school and businesses. The first Black newspaper west of the Mississippi River after the Civil War was published in a building that still stands on San Gabriel Street, now surrounded by a high-rise condo.

Others lived in Clarksville – a thriving Black community then and a pricey neighborhood now.

But the opening of Evergreen Cemetery in 1926 would parallel Austin City Hall’s efforts to force Black Austinites to leave Clarksville, Wheatville and other neighborhoods and settle in one central place: East Austin.

Evergreen Cemetery, located at East Twelfth Street and what is now known as Airport Boulevard, would eventually become the final resting place for many East Austin families, a number of whom had played vital roles in the civil rights movement and in the Black business community during the 20th century.

Willie Mae Kirk, an icon of civil rights activism locally and nationally, is buried there, as is Dr. J.J. Seabrook, a renowned educator who played an important role in the development and growth of Huston-Tillotson University. Football legend Dick "Night Train" Lane was also laid to rest there.

So many more of the known and the well-known are also buried at Evergreen. And, in some places, it serves as the burial ground for the unknown, once called "paupers."

But Evergreen is not the only Black cemetery in Austin with an important history. It's just one of several like Oakwood, Bethany and Plummers that are woven into the fabric of Black life in the Capital City.

Man charged with capital murder in 2016 deaths of visiting friends