Built-in 1899, the Brown and Dorsey home to this day stands the oldest surviving residential structure in Midland. 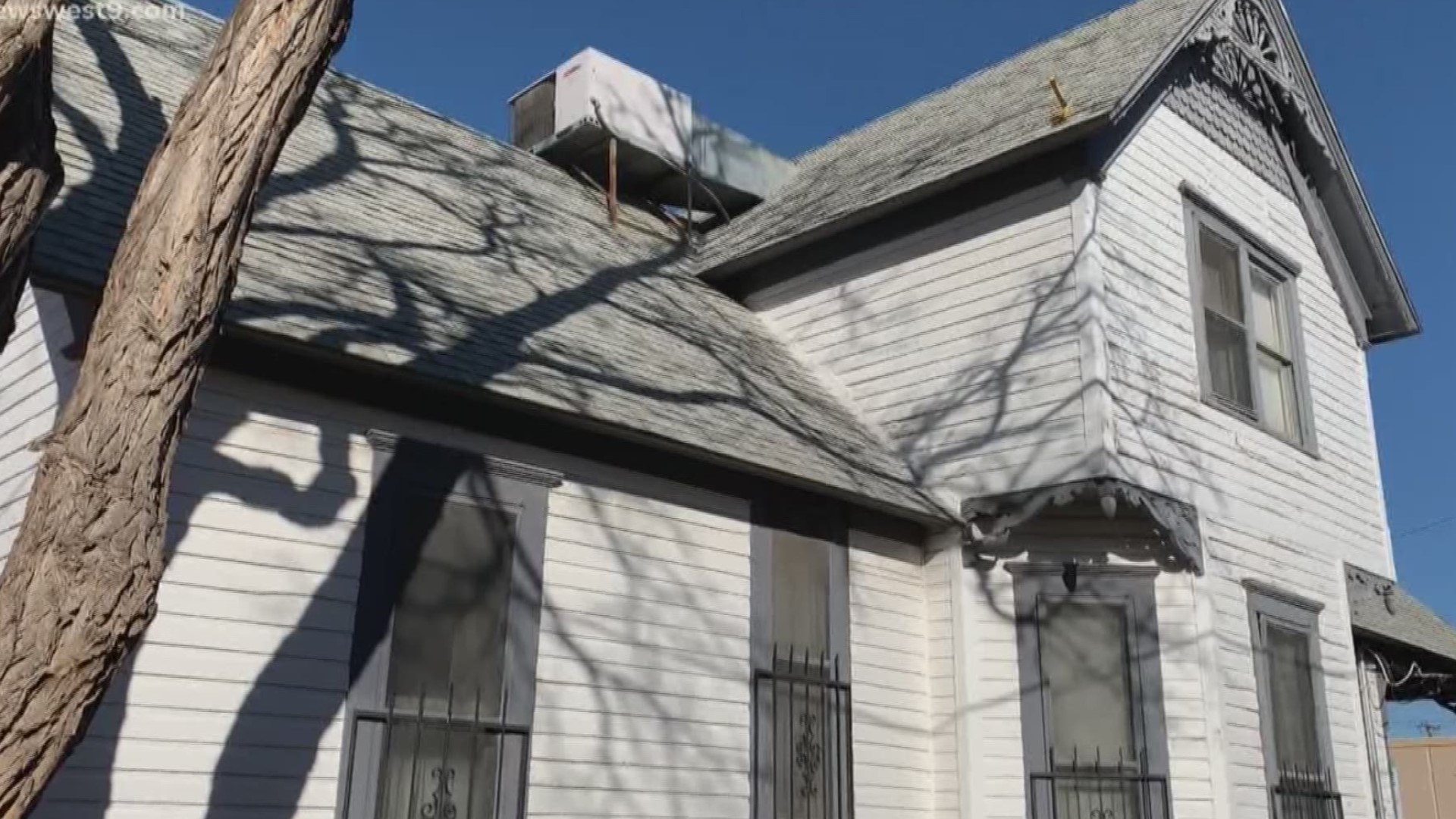 MIDLAND, Texas — A Midland staple is needing some extra funds to keep it's memory alive.

If you've ever cruised through Weatherford street in Midland, it isn't hard to spot a white Victorian home that stands out from the rest.

It's called the Brown and Dorsey House, and to this day stands the oldest surviving residential structure in Midland.

"Zachary Taylor Brown and his wife Sara moved here. He was a rancher and was also involved in early businesses. They built this house in 1899 they lived on the property in a small house before, so this is one of the first elegant houses in town. And then their daughter Sarah married Dorsey and they lived in this house as well," said Jim Collett President of The Midland Historical Society.

The Midland County Historical Society is responsible for rescuing and restoring the home to its most authentic feel and then hosted tours for the city and world to appreciate.

"I think you can take a step back in time. It's one thing to read, it's one thing to look at pictures, but because the way the house is set up.. you're stepping into a room that feels like the people who lived here just kind of stepped out of the room," said Collett.

The home from head to toe is decked out with vintage rooms, knick-knacks, and items we don't commonly use anymore such as iceboxes and chamber pots.

"The house was acquired in 1968 after the last surviving member of the family passed away. The Historical Society restored it then, did tours and then somewhere in the late '90s, people aged out and the house got in worse shape so they quit doing tours. So we are working to restore the house so we can bring tours to it," said Collett.

Things on the list to improve include termite, storm damage and heating and cooling- the initial reason tours had to come to an end.

But this time around, they don't want to just fix the obvious, they want tours back along with entertainment.

"Our ultimate plan is so that we can also have events on-site and to create a house in the back that would look like a carriage house or barn that would be period. But inside would actually be a mass modern meeting space," said Collett.

A master plan and partnering are in the works but they can only do so much, without our help.

"I think if you don't really understand the depth of history.. if people don't get that, I think they are a little more impoverished in just the quality of life but also in the understanding of how things change through time. And also how certain things endure. So I think to really understand all of Midland, you need to be able to retract to the beginning to see how interesting and unique it's always been," said Collett.