Dr. Harvinder Gill has been researching the possibility of a flu shot that covers all strains of the flu and lasts longer. 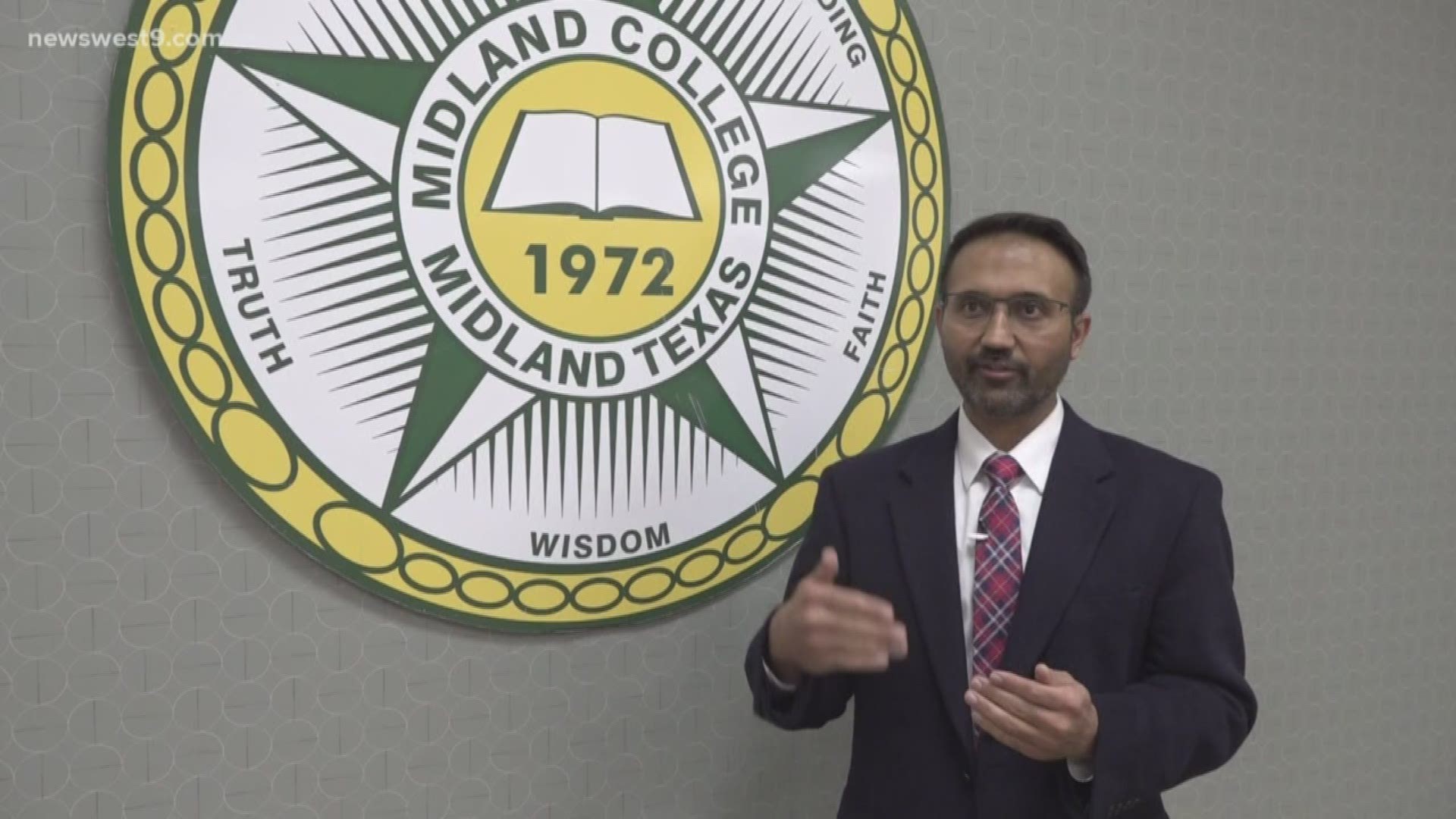 MIDLAND, Texas — Midland College held its First Friday Science Seminar on October 4, with this month's focus being on the flu.

The talk was given by Dr. Harvinder Gill of Texas Tech University. Dr. Gill discussed the flu vaccine and the possibility of a universal flu shot.

While each strain of the flu can be different, there are certain chains of amino acids that are similar across the strains. Dr. Gill said if scientists can find a way to produce anti-bodies that latch on to these amino acids, we might be able to produce a vaccine that not only lasts longer but could also potentially fight all strains of the influenza virus.

"Once you get the shot, you don't have to worry about seasonal shots every year because the shot will be similar to a, for example, a Hepatitis B vaccine or a tetanus vaccine, which keeps you protected for many years to come," said Dr. Gill.

Gill says that in the mean time it is still important to get your regular flu shot. He also said that this kind of research is a multi-disciplinary project, and hopes that students are intrigued by the research, leading to a universal flu shot one day.

Midland College
NOVA CLUB PIZZA PARTY Today, Friday, October 04, 2019 6:00 PM - 10:0... 0 PM Do you enjoy video games like Mario Kart, Super Smash Bros and more? If so, then you are invited to join the MC NOVA Club for FREE pizza and lots of fun, including video games, board games, Dungeons and Dragons and anime.