Less than a month after being adopted, 4-year-old Makayla Crosby is waiting for a new set of lungs. 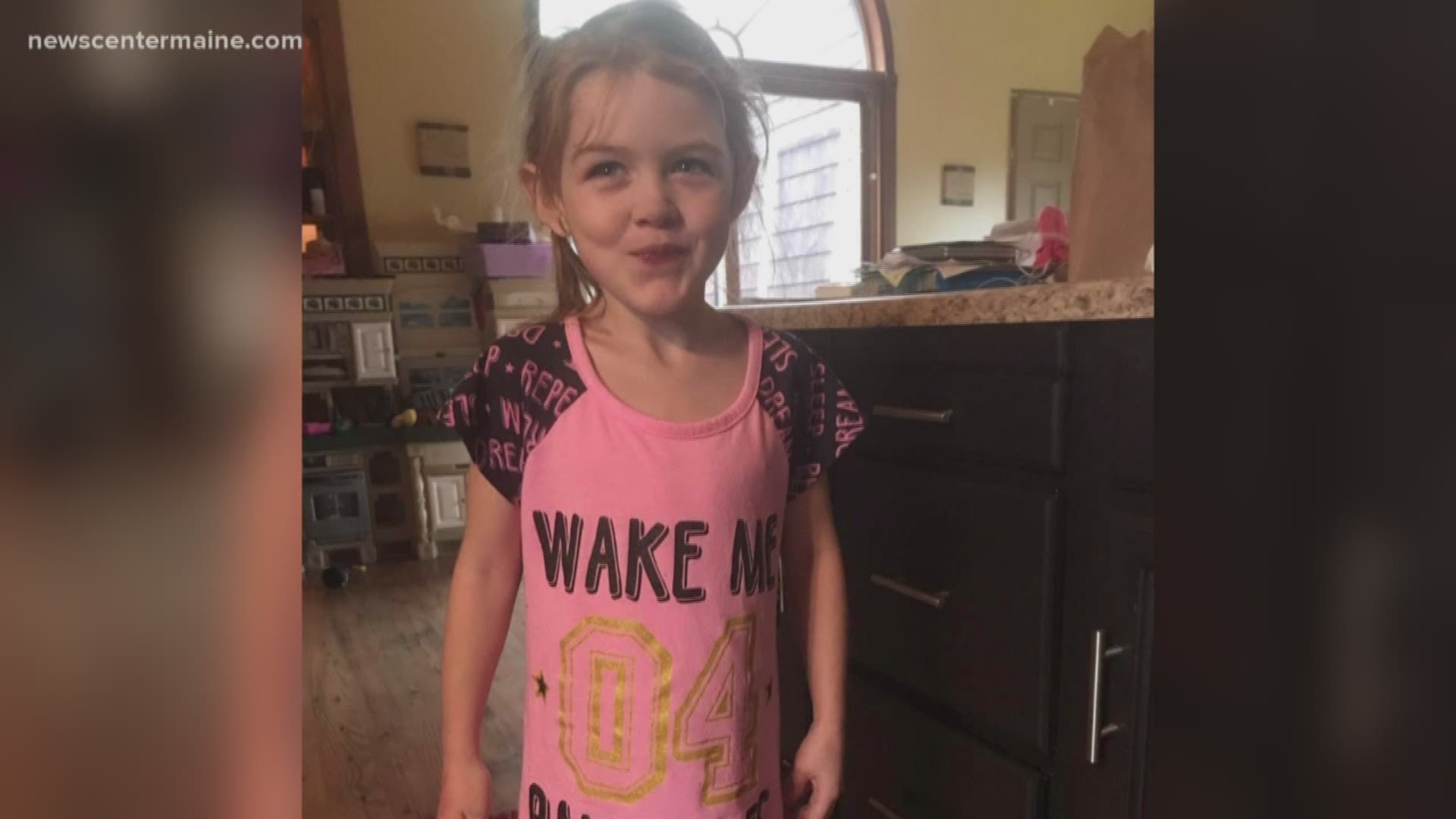 BOSTON, Massachusetts — Just a month after being adopted out of Maine State Foster Care, 4-year-old Makayla Crosby is waiting for a new set of lungs.

Makayla is currently undergoing treatment at Children’s Hospital in Boston as she battles Cystic Fibrosis, a life-threatening disease which damages the lungs.

The 4-year-old was taken by LifeFlight to Children's Hospital in Boston earlier this month after her oxygen levels got dangerously low.

Hooked up to a ventilator, the little girl underwent aggressive chest therapy to clear thick mucus in her lungs.

Side effects from as many as five different medications left Makayla exhausted and emotional.

Recently Makayla got off the ventilator and was placed on a list for a double lung transplant.

"My hope is that she gets these lungs soon and she can spend the rest of her days playing as a kid should," said Amanda Crosby, Makaya's mom.

Makayla who spent more than 800 days in foster care -- was adopted by Amanda on Jan. 25.  Friends say the longtime foster parent spent hours talking to doctors and social workers to learn everything she could about CF.

"She was never reluctant to say no to a child that has these types of needs and medical concerns. She took her right in and loved her the moment she came in," said Heather Neal, Amanda's friend.

Neal and other family members have set up a Go Fund Me account to help the family with several months of living expenses as they wait for a new set of lungs.

People from all over the world are sending in donations to help her family with medical expenses.