Cornyn was briefed on local entity's efforts to improve mental health care within community, and spoke to gun background legislation. 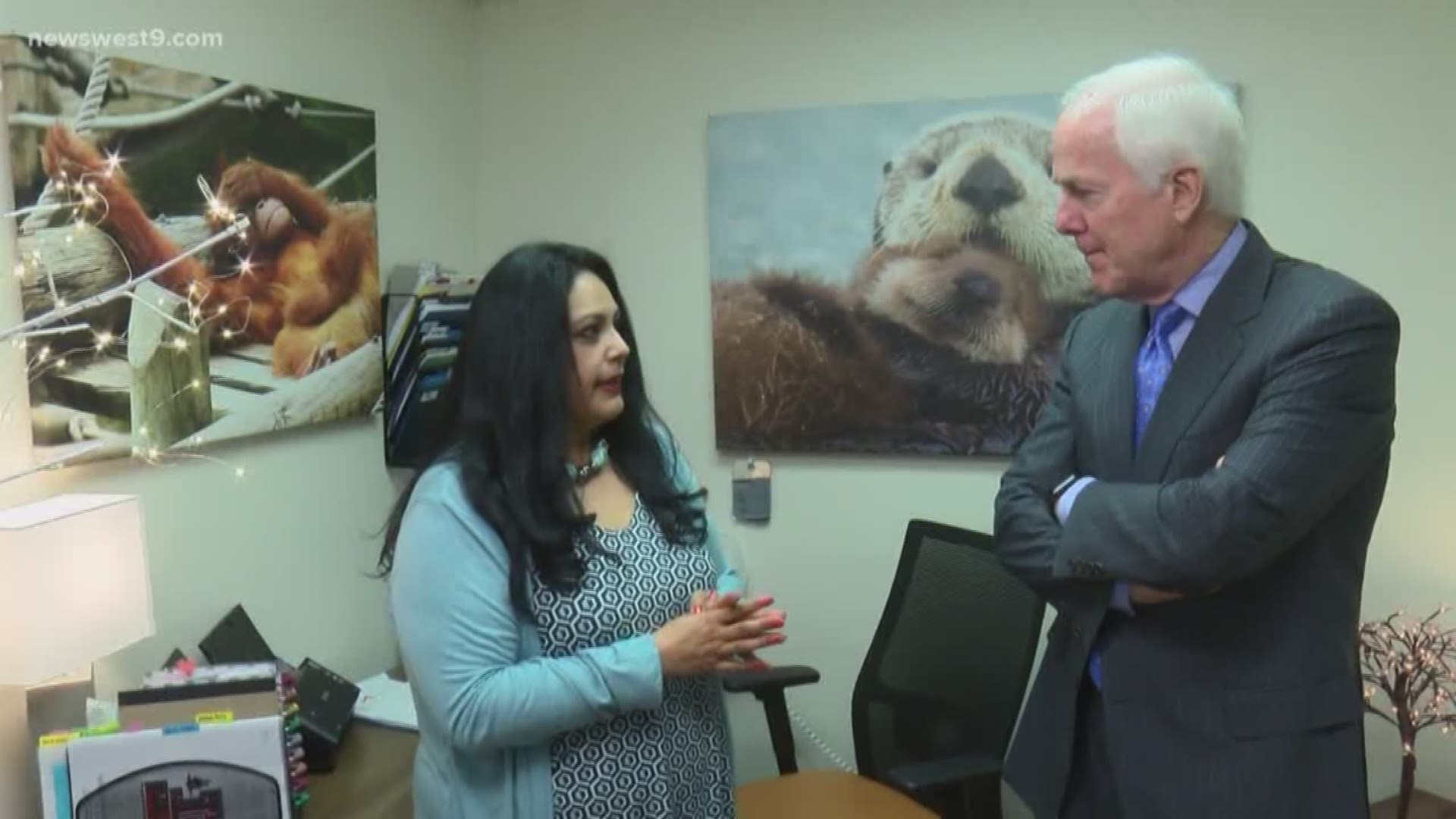 As Senator Cornyn was surrounded by a handful of representatives from a west Texas healthcare provider, he listened and asked questions.

Each person at the discussion held at the Texas Tech Health Science Center off Michigan in MIdland spoke on behalf of a local entity that has made efforts to improve local mental health care.

For the Midland Development Corporation, that was an $8.4 million investment into the local Texas Tech child psychiatry fellowship.

It's a program Keino McWhinney of Texas Tech says can go a long way for retaining professionals within a community.

"Child psychiatrists are a rare breed right now and in very high demand, so what we've found is that the communities that invest in those educational programs are the ones that tend to keep those fellows and residents in those communities," said McWhinney

Midland Memorial Hospital has had an extensive partnership with Texas Tech that has benefited the community.

The programs have also worked in coordination on an emergency triage for mental care health patients that report to the emergency room to be transferred into mental health programs that will better serve their needs.

In 2017, Ector County ISD started a partnership with Texas Tech to provide tele-medicine to in-need students, pairing them with mental health professionals.

"It's been very helpful, we've been able to take care a lot of issues that we've had from depression to suicidal thoughts to panic attacks, the children are doing better in the classroom," said Laura Matthew with Ector County ISD.

Matthew says that program has helped more than 1,000 students and staff since the mass shooting in Odessa over Labor Day.

The Senator did mention some reactive legislation to Labor Day's mass shooting which he says is being discussed among him and his colleagues.

The main message of the round table discussion was that the effort to improve mental health care has to be a holistic in nature.

A seamless coordination of entities working together for a greater good, ideally a community that has resources to recognize issues before dangerous or deadly acts take place.