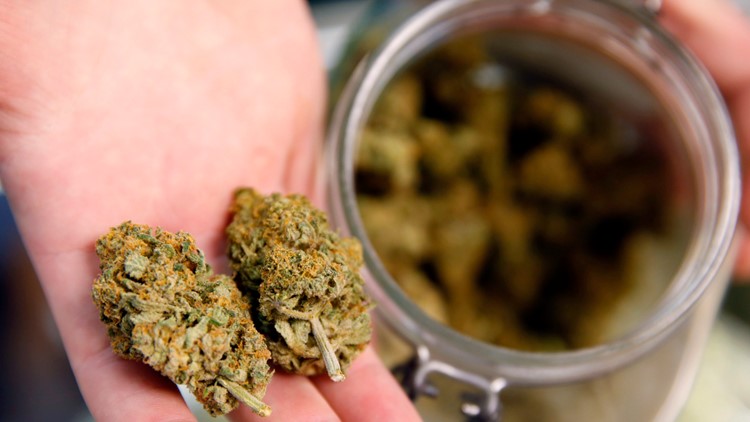 The law, AB 132, makes it illegal for an employer to refuse to hire someone who tests positive for marijuana, KTNV in Las Vegas reported.

Exceptions to the law include those trying to become firefighters or emergency medical technicians, those looking for jobs that require them to operate a vehicle and those seeking jobs with the federal government.

The law was signed by Gov. Steve Sisolak and goes into effect in January.

In Florida, voters approved medical marijuana in 2016; and in March 2019, Gov. Ron DeSantis signed a law that repealed the state's ban on smokeable forms of marijuana.  But while medical marijuana is legal in the state, those who use it can still fail a drug test while applying for a job.

Previous: Smokeable medical marijuana is legal in Florida, so why can't patients get it yet?

The Lakeland Ledger spoke to a local attorney back in December 2018 about how Florida is not one of the states that have laws protecting employees or potential employees who legally use marijuana.

The newspaper spoke with Dori Stibolt, a partner at the Fox Rothschild law firm, who said the state has "an incentive for employers not to accommodate medical marijuana."

Stibolt told the Ledger that Florida is one of several states where companies can get reduced workers' compensation insurance rates if they have drug-free workplace policies. These policies can include testing job applicants and sometimes current employees.

In March 2019, the Ed Morse Automotive Group told the Sarasota Herald-Tribune it had stopped testing for marijuana metabolites before offering employment to applicants. Last year, the newspaper said Fort Lauderdale-based AutoNation quietly stopped screening for marijuana a few years ago.

The Herald-Tribune said more than 190,000 people are on the Florida registry of medical marijuana users. While some states have legalized recreational weed and others have just legalized medical pot, employers in both types of states are beginning to reconsider if marijuana use should bar people from being hired.

Joyce Chastain, former president of the HR Florida State Council, told The Ledger that many of her clients are no longer testing for THC, the active ingredient in cannabis.

Even though marijuana may be legal recreationally, medically or both in some states, legalization of its use has created puzzles for employers locally and nationwide. Cannabis is still federally illegal, so government contractors and many national companies still test for marijuana.

Until a federal law is passed, decisions about pre-employment testing for marijuana and THC are left up to individual employers and state and local leaders.

Just last month, New York City passed a law banning employers, labor organizations and employment agencies from testing applicants for marijuana and THC. The law has exceptions for police officers, emergency responders, safety-related positions, jobs requiring a security clearance, those who would care for children or patients, those who would also require a commercial driver's license and federal and state jobs.