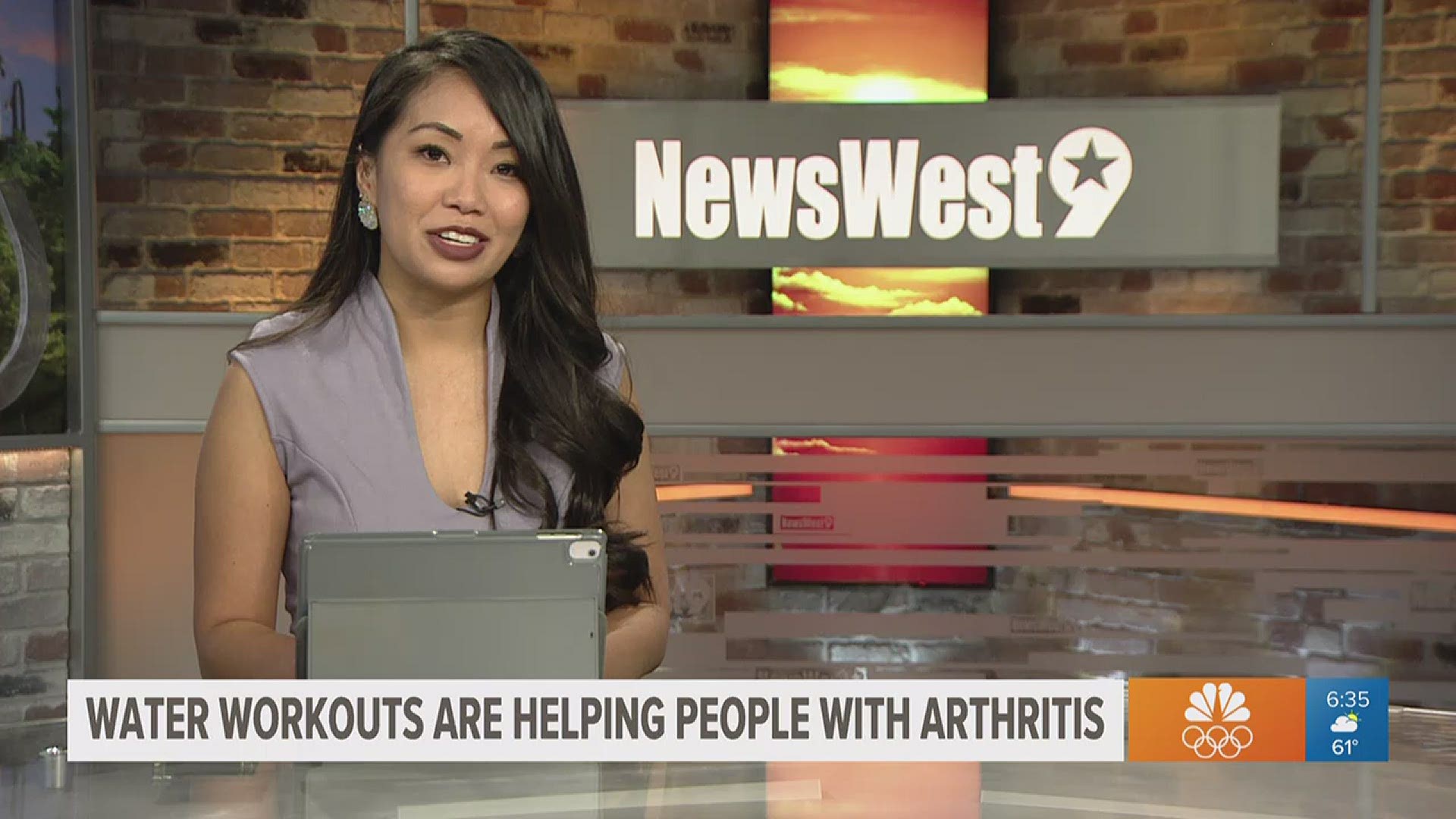 MIDLAND, Texas — More than 54 millions in Americans including 300,000 children live with arthritis everyday and battle the daily challenges that it brings.

COM Aquatics in Midland, water workouts and exercises are taught to members at the center.

Ronald Houdek has been coming to the center for over a year and has noticed a difference.

"I was almost not able to do anything, now I can get out and do errands and walk around somewhat," says Houdek.

Rita Simmons is the director at COM Aquatics and she's noticed great improvement among members.

"The first thing that they see is their balance and their strength, mobility, flexibility, functional movement during the day those are some things our members see," says Simmons.

"An individual may be coming in on a walker or a wheelchair and then getting excited with them when I see them walking on a cane or walking independently it's really neat to see the progress," Simmons says.

Progress is something that Alathea Blischke has seen since starting water walking.

"It was my rheumatologist who sent me here because I have arthritis. When I first came it was about 15, 17 years ago I hobbled into my first class and I went striding out at the end of the semester," says Blischke.

She went on to say, "I step in first it's my ankles, they start to feel good then my legs, my hips, up body, shoulders, I can feel relief coming."

Members continue to make waves of progress and they encourage other to join in on this exercise.

"I definitely advise it for anybody a lot of people have the pains that I do the arthritis and the rheumatism. It's very good it's a lifesaver," says Houdek.

COM Aquatics is partnering with the Arthritis Foundation to host a Water Walk to Cure Arthritis this Friday. at COM Aquatics in Midland from 8AM - 6PM. If you'd like to take part, you can honor the 54 million Americans dealing with arthritis by giving 54 dollars, telling 54 people and moving for 54 minutes. For more information, click here.