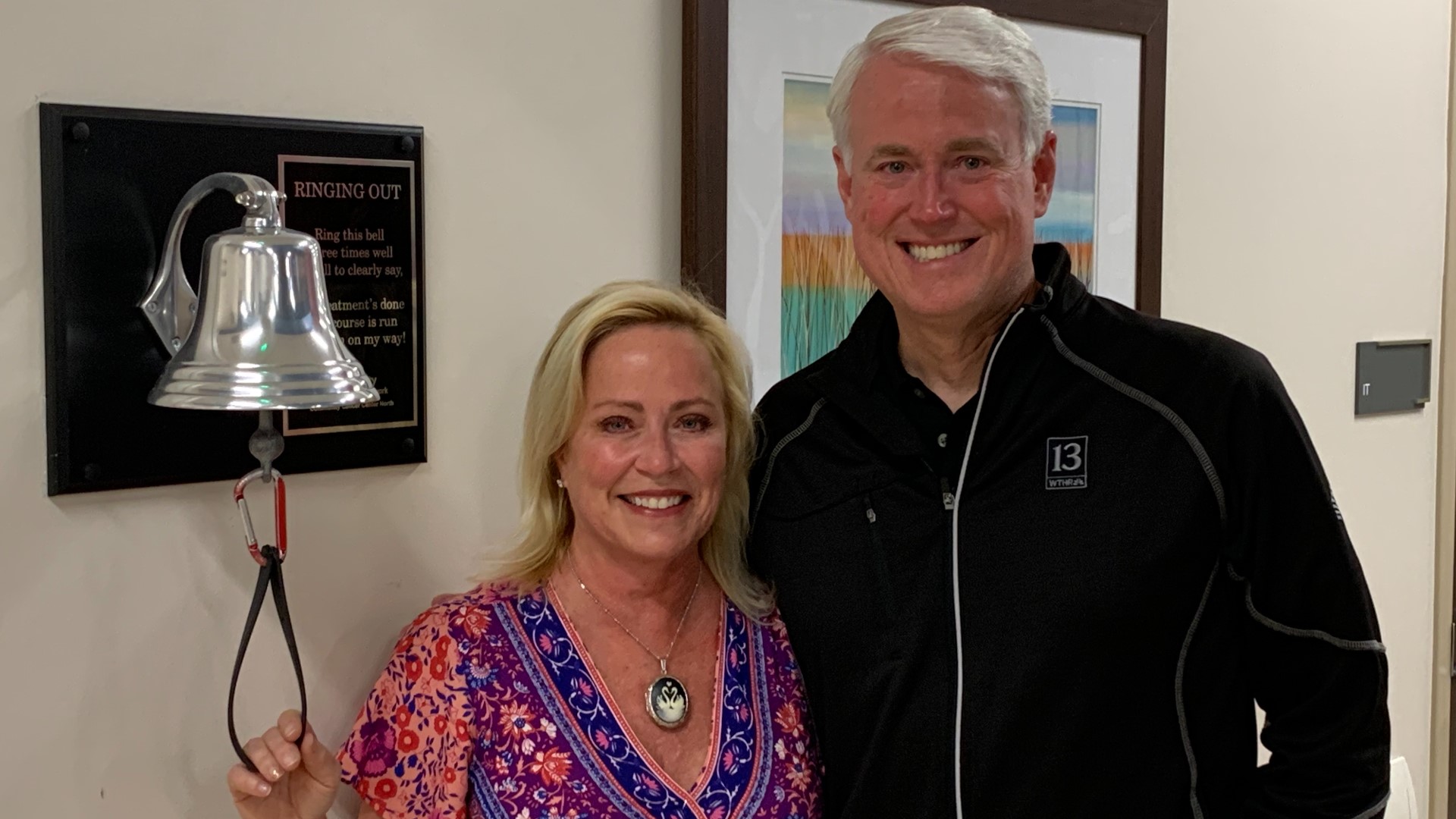 "I was watching the inauguration and got a phone call and the doctor said yes, I have invasive ductal breast cancer," said Janae' Swan.

The discovery came following her annual mammogram. From the beginning Janae' leaned on her faith.

"I know God's got me. He knew I would be diagnosed with this. This is part of my story. This test will be my testimony," said Swan.

The first step on "Janae's Journey" was seeing the cancer for herself.

"This is your breast ultrasound. The tumor looks dark. And here it is," said Dr. Christina Kim with Community Health Breast Cancer Oncology.

The half-inch long tumor had grown since her last mammogram in January of 2020. But the doctor said cancer cells can go undetected.

"She thought I had this cancer in my body for at least 7 years. And that it was just slow growing. That took me back. You don't really realize I've had cancer in my body this long and didn't know about it," said Swan.

Initially, it appeared the cancer had not spread.

"There's a normal looking lymph node right there and another one right there," said Dr. Kim. "So, it does not appear that it's gone to the lymph nodes. So, that's good news."

"Janae's Journey" included dozens of doctor appointments. A genetic test revealed she did not have the breast cancer gene. So, doctors gave Janae' this recommendation.

"She thought the best course of treatment for me was to have a lumpectomy and then have reduction and restoration, reconstruction surgery," said Swan. "She said there were other options. A single mastectomy or a double mastectomy. But really for the type of cancer I have, where it is and how early it was caught, that it's not fast growing. That this would be the best for me."

Janae' shared her journey on Facebook and urged women to not let the pandemic scare them off from getting their annual mammogram.

1 / 8
WTHR
Janae shared the news of her battle on social media and encouraged other women to get a mammogram.

"It's so important. Don't put it off. Go get your mammogram," said Swan.

"I saw it on Facebook. It really touched me," said Teresa Mutz. "I realized I had not had a mammogram in quite a long time. I felt for her, and I thought to myself, I really need to do this."

Jessie Hettwer had never had a mammogram until she saw Janae's story on Facebook.

"She posted on there saying please let me know when your appointments are so I can pray for you," said Jesse Hettwer. "I thought that was so beautiful.".

"This is my prayer calendar. It's filled with ladies' names who are getting their mammograms," said Swan. "On Thursday, Linda Stacey had a mammogram. and then on Friday, Brenda, Julie and Stacey. I don't know any of these women and I feel honored to pray for them. I want to encourage them to go get their mammogram because early detection is key."

"I've got my fatigues on. Ready to fight this cancer. Ready to go into battle," said Swan.

Credit: Scott Swan
Janae prepared for surgery by marking where the surgery incisions would go.

At the hospital, a nurse started the IV. Surgeons marked her chest where they would make incisions. Then dressed in a surgical gown and wearing a mask Janae' walked to the operating room. Her breast cancer surgery took four hours. During that time surgeons removed a golf ball size of breast tissue including the tumor and two lymph nodes.

Janae' would spend one night in the hospital and then recovered at home. As she worked to get her strength back Janae' learned the cancer had spread.

"I'm clinically stage 2 because the cancer had spread to one my lymph nodes that was taken out during my surgery," said Swan. "So, that has bumped me up to stage 2. But the type of cancer and how small it was and where it was, they seem to think the prognosis is somebody who has stage 1."

During the cancer battle Janae' became a grandmother for the first time. That lifted her spirits as she waited for test results to come in on the tumor. Doctors wanted to know the genetics of the tumor itself to determine if chemotherapy would be needed.

"Luckily, her score was low which indicated that chemotherapy was not going to be a benefit to her," said Community Health nurse navigator Betsy Lynn.

Doctors determined Janae's battle plan against cancer would include radiation. That first visit to the Community Health Cancer Center on April 6 was emotional.

"It kind of shook me when we pulled up to that building," said Swan. "When I saw big words, Cancer Center. It hit me. I didn't really feel like I belonged there."

Every weekday for six weeks, Janae' came to the Community Health Cancer Center. She would lay on this table for 30 radiation treatments.

"Surgery is like pulling that weed out of your yard. And, radiation is like weed killer," said Dr. Jianan Graybill with Radiation Oncology Care at Community Cancer Center. "When you pull the weed out, you know many times that weed is going to grow back because there's seeds and roots and the same thing with cancer. There are cells in the area we can't see. So, radiation will sterilize those cells that we can't see with surgery."

Janae' was told the side effects of radiation could include fatigue plus burning and peeling of the skin. She was given cream to apply to the area. Janae' was encouraged to spray green tea on her chest to protect the area getting the radiation treatment.

"I take a lot of supplements like Vitamin C and Vitamin B," said Swan. "Those are anti-oxidants which you'd think would be good. But they don't want you to take those internally because some things can shield and guard the cancer cells. I'm off all those supplements."

May 17 was the happiest day of Janae's Journey. Four months after hearing a cancer diagnosis Janae' underwent her final radiation treatment and heard the words she's prayed to hear.