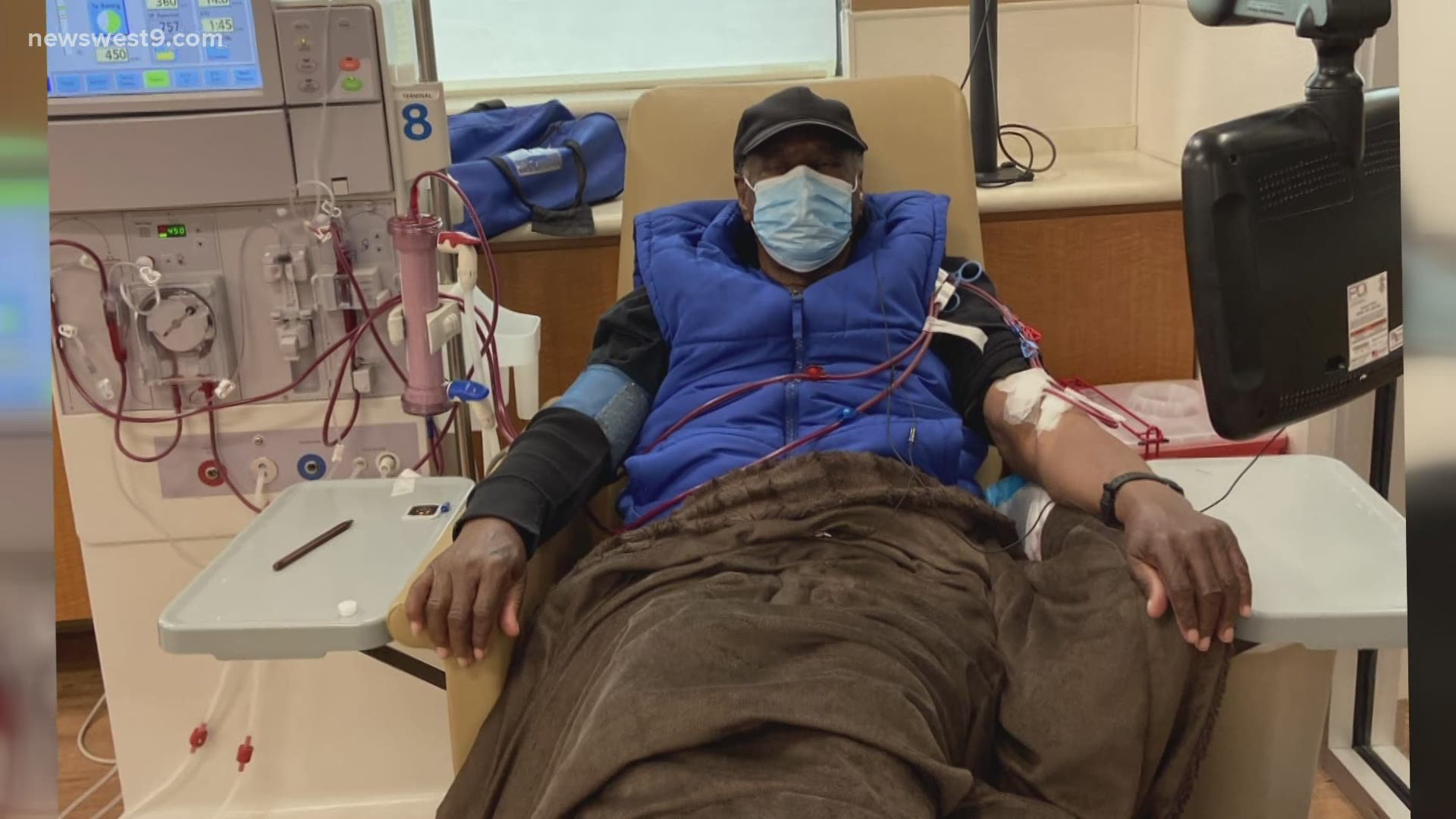 MIDLAND, Texas — 90,000 people—that's how many are on the kidney transplant waiting list right now.

Of those 90,000 names, there is one you may recognize, a former Midland High School teacher: Larry Gilbert.

Gilbert goes to dialysis three days a week for four hours each session.

"I had a shriveled up kidney removed in 1983 while I was working at Midland High School," Larry said. "I had one kidney for about 30 or 40 years and the wear and tear hurt it. It’s just gotten to the point that it’s not working properly.”

Larry Gilbert spent 37 years teaching art at Midland High. He’s also one of the 90,000 people waiting for a kidney donor. I’ll have his story at 6 on @newswest9! pic.twitter.com/LkZEPJuyXO

“It actually ended up not a job, it was just something I really enjoyed doing," Larry said. "I loved being with the students and I just loved Midland.”

According to his former co-worker, the feelings the Bulldogs had for Mr. G were mutual.

“He’s just an all-around great person," Sara Gail Cranford, Midland High School math teacher said. "He was a wonderful art teacher, his wife is wonderful...salt of the earth and I mean he cared about those kids.”

So having to slow down because of a failing kidney is not really Larry’s specialty.

He moved to Dallas in 2005 to be closer to his grandchildren, but he still considers the Tall City home. It was the place he was married and raised his kids. It was also the place he created an unmatched support system.

That is why Larry felt comfortable writing a letter to the editor of the Midland reporter telegram asking the community for a life-saving favor.

“I just wanted to let people know I’m having a little bit of a problem," Larry said. "It’s not just me but a lot of people are having this problem and it seems like it's hard to get a living donor now.”

While no one has been a match so far, Larry’s holding on to hope someone is out there and so are those that know and love him.

“I hope somebody will come forward and fingers crossed the good Lord above, I hope he finds a match very soon,” Gail said.

As for that match? Well, his former co-worker is planning on getting tested to see if she would be a good candidate.

To see if you’re a match you can visit this link here: https://livingdonordallas.org/

It only takes a few minutes. Even if you are not a match to Larry, you could be a match for someone else.