On average, the county responds to about 6 opioid drug-related overdoses a day. 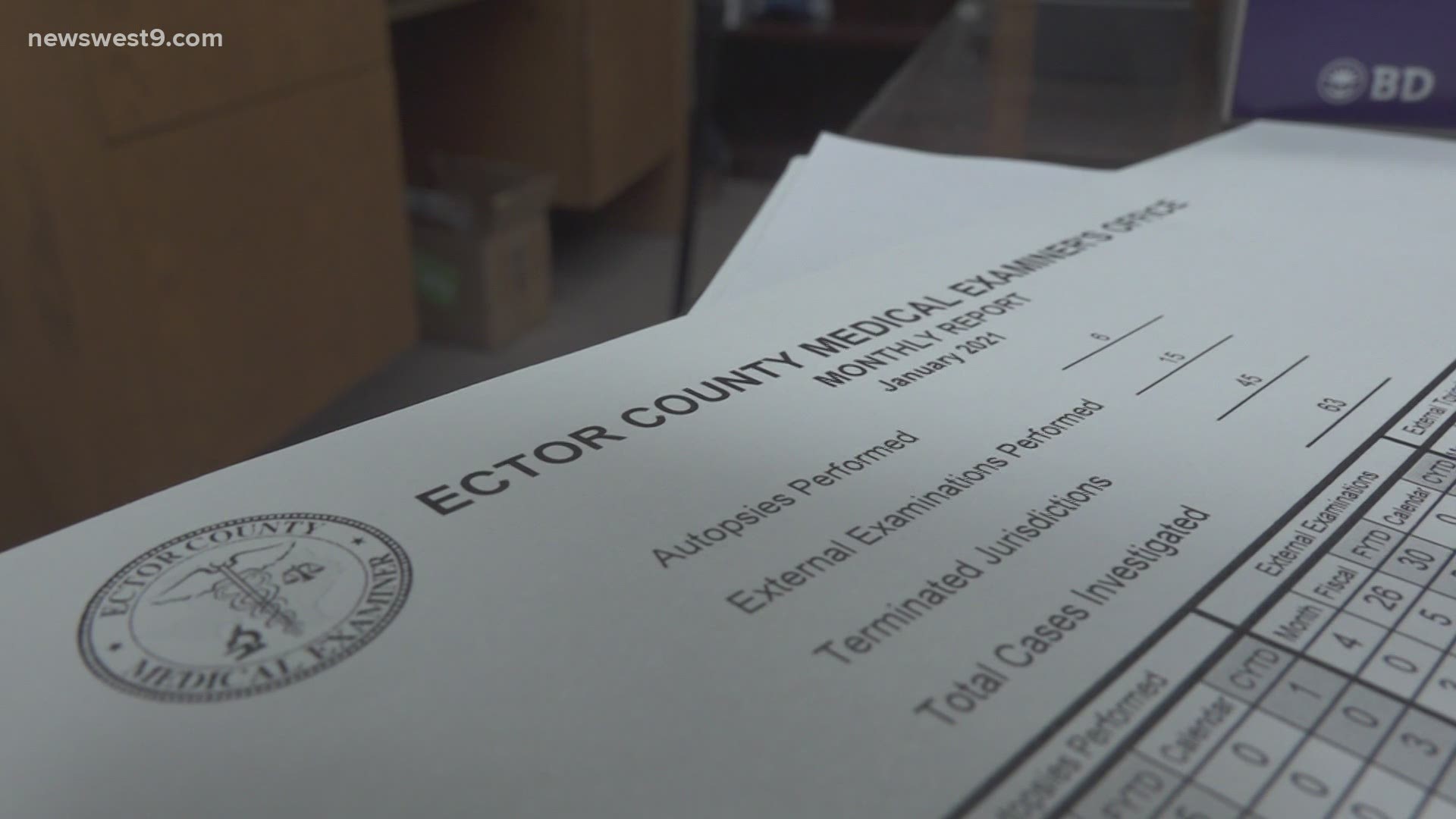 According to the Drug Enforcement Agency, counterfeit pain pills laced with fentanyl, are flooding the illegal drug market.

The opioid comes in the form of a little blue or green pill, marked M-30. They are small and look like your typical prescription but the effects on the human body are huge.

Last year, there were 10 fentanyl-related deaths in the county and there have already been a few this year.

The Ector County Medical Examiner's Office has its work cut out for them with more and more of these counterfeit drugs coming across the border made by Mexican cartels or directly from China.

According to the Ector County Medical Examiner's Office, many people buy these pills, passed off as Percocet, after doctors have cut them off from pain medication.

Ector Co. is seeing an increase in fentanyl-related deaths. On average, they respond to 6 opioid overdose calls a day. The counterfeit drugs (oftentimes made by the Mexican cartel) are laced with lethal amounts of fentanyl, so the risk of an overdose is high. @newswest9 pic.twitter.com/lmDK3ZaV1a

Since counterfeit drugs are not regulated there is no way to tell what exactly is in them, so the risk of an overdose is high.

On average, the county responds to about 6 drug overdoses a day.

That is why the Permian Basin Regional Council on Alcohol and Drug Abuse has equipped all first responders with Narcan, a life-saving drug for someone who has overdosed.

“We try to get ahead of those overdoses by supplying our community with Narcan, which is an opioid reversal," Sara Hinshaw, Interim Director, Permian Basin Regional Council on Alcohol and Drug Council, said. "So if someone is having an overdose, and not necessarily fentanyl but any opioid, we have Narcan for them."

But Narcan is not a cure-all.

“In the instance of someone taking too much or a fatal dose, sometimes one Narcan shot or two Narcan shots can’t bring them out of it,” Inge said.

The medical examiner’s office tells us if you see medications that seem counterfeit to report them and to only take drugs prescribed to you by a physician.

As for helping a loved one combat addiction, the council has many resources for those in the community.

The best way to reach them is to call the phone number listed on their website.