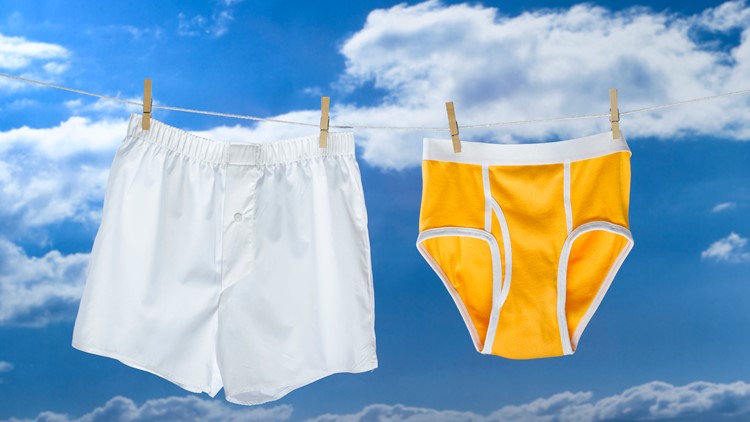 Dirty secret: Half of Americans don't change underwear every day

ST. PETERSBURG, Fla. — How often do you change your underwear? Do you listen to your mom's advice to always wear a clean pair in case you get into an accident?

Not everyone does, according to a survey conducted by underwear maker Tommy John.

Men, probably not surprisingly, were 2.5 times more likely to wear the same pair for seven days or more.

People also show loyalty to their underwear: 46 percent said they had owned the same underwear for a year or more.

Tommy John said it's a good idea to swap out your underwear every six months to a year because it accumulates microorganisms and fungi that can lead to yeast infections or urinary tract infections.

A 2017 study in the United Kingdom came to the same conclusion, saying 83 percent of clean underwear contains about 10,000 living bacteria.