All US adults are now COVID-19 vaccine eligible

The CDC said that at least half of all adults in the U.S. have received at least one COVID-19 shot, and now all adults are eligible. 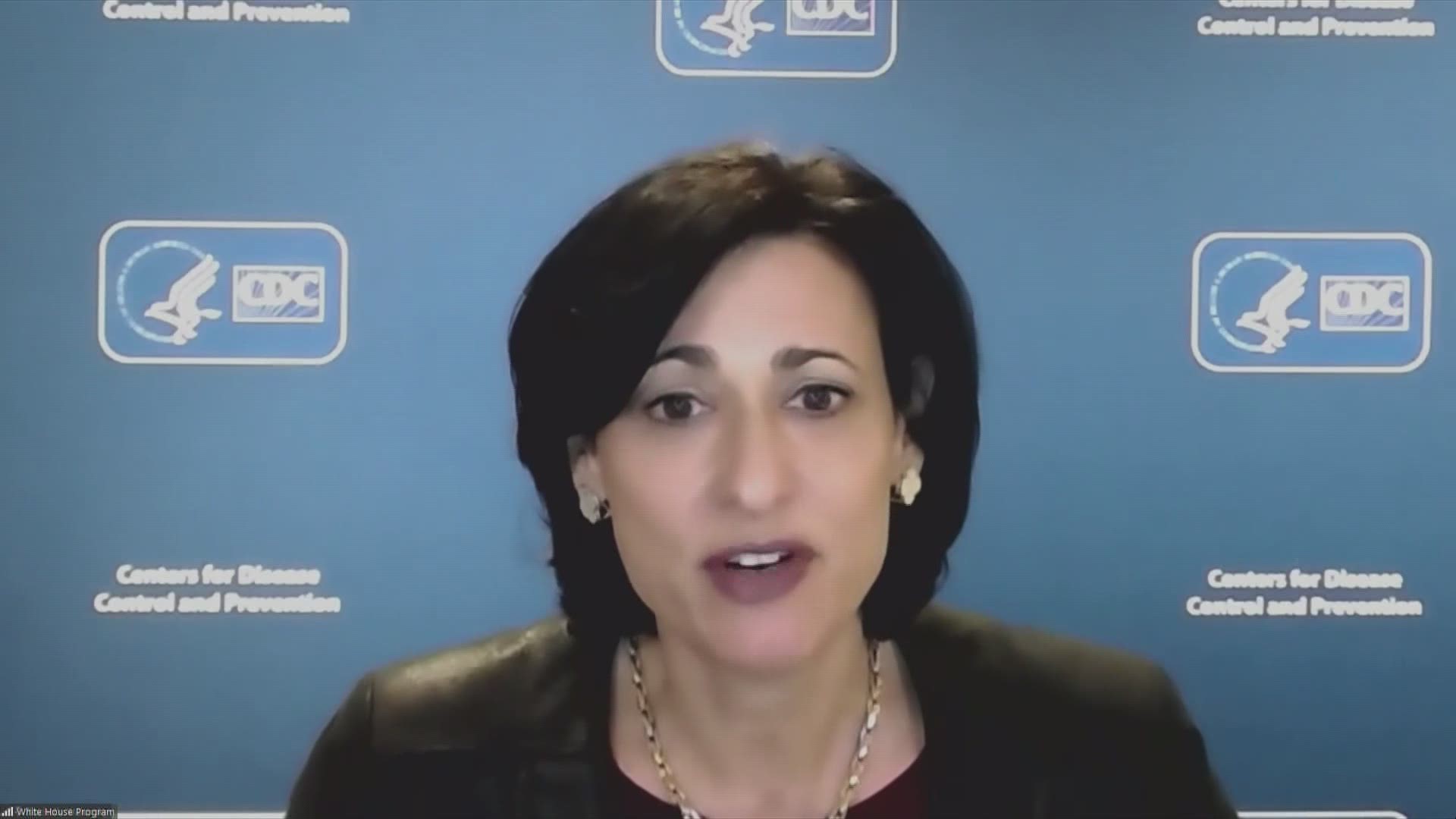 The milestone came just one day after the Centers for Disease Control and Prevention announced that half of all adults in the U.S. have now received at least one COVID-19 shot.

But, the news also shows there's more work to do to convince skeptical Americans to roll up their sleeves.

The U.S. passed the 50% mark just a day after the reported global death toll from the coronavirus topped a staggering 3 million, according to totals compiled by Johns Hopkins University, though the actual number is believed to be significantly higher.

Dr. Anthony Fauci, the nation's top infectious disease expert, indicated Sunday that the government will likely move to resume use of Johnson & Johnson’s COVID-19 vaccine this week, possibly with restrictions or broader warnings after reports of some very rare blood clot cases.

Fauci said he’d be “very surprised if we don’t have a resumption in some form by Friday.”

Federal health advisers said last week they needed more evidence to decide if a handful of unusual blood clots were linked to the J&J shot — and if so, how big the risk is.

The reports are extremely rare — six cases out of more than 7 million inoculations with the J&J vaccine in the United States. The clots were found in six women between the ages of 18 and 48. One person died.

Authorities stressed that they have found no sign of clot problems with the most widely used COVID-19 vaccines in the U.S. — from Moderna and Pfizer.

The United States now has over 31 million confirmed cases of COVID-19, according to data from Johns Hopkins University.

As of the the second half of April, the U.S. had more than 567,000 deaths related to the virus. Worldwide, there are more than 141 million confirmed cases with more than 3 million deaths.