Before opening the drive-thru vaccination program on January 24, Odessa needed to smooth out any potential bumps that may have occurred. 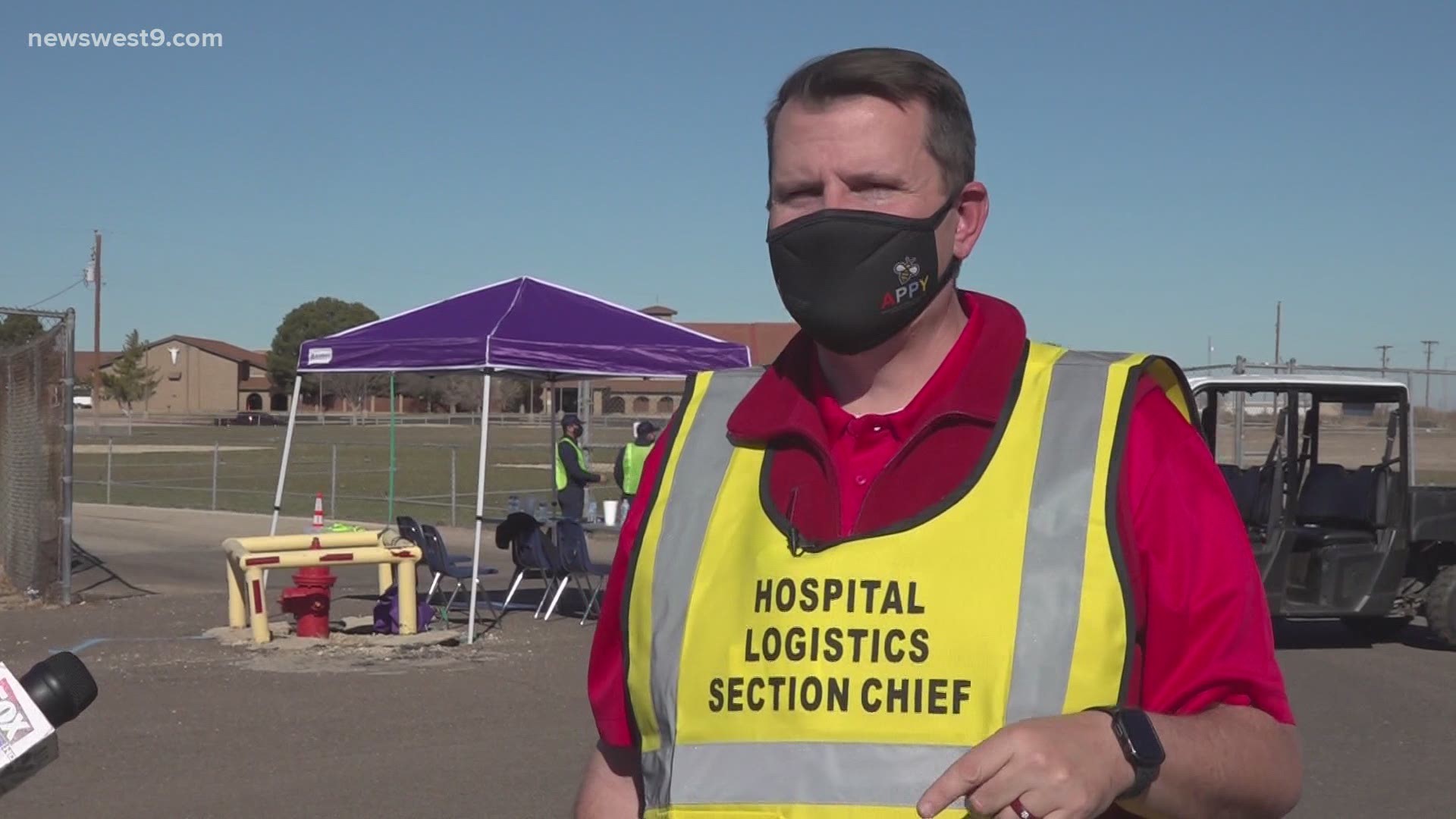 ODESSA, Texas — On January 22, Medical Center Hospital partnered with the City of Odessa to hold a drive-thru vaccination program at Ratliff Stadium but needed to test it before opening Sunday, January 24.

Given the issues found, MCH President and CEO Russell Tippin are optimistic that those problems will be resolved by the time Sunday rolls around and more people show up for the vaccine.

During the test run, Ratliff Stadium administered around 50 shots to figure out how the process will look and found one thing to be crucial. Pre-registration.

"Pre-registration is going to be the key to this deal. If you can get to the website, the Medical Center website, and get pre-registered, it’s going to move your process so much faster when you get here on site. We have over 11,000 people pre-registered," Tippin said.

However, the process wasn't smooth today. There were several issues that popped up.

"Our pinch point at the entrance was our biggest number one cause. We thought we had enough lanes. We do not. We’re gonna fix that tonight, and then at the shot area we had a glitch in our technology that we were having a hard time finding things," Tippin said.

Even though the system is going to be adjusted to fix those problems, Tippin said it's built for three things right now.

With this drive-thru vaccination project set to get underway, Tippin believes that we are one step closer to getting rid of this pandemic.

"This is the first step, the first big major part of the fight in getting over this. You know we had the masks, we had all the testing, and now we have the sword to kill this thing and these people on the tip of the sword to be able to start that eradication of this out of here," Tippin said.

Tippin expects shots to be administered every two minutes at each of the eight stations at Ratliff. Currently, there are 3,900 vaccines available to be administered with another 3,900 set to arrive a few days after the drive-thru vaccinations begin.