VAERS is an early warning system to detect possible safety problems in U.S. licensed vaccines. It's managed by the CDC and FDA. 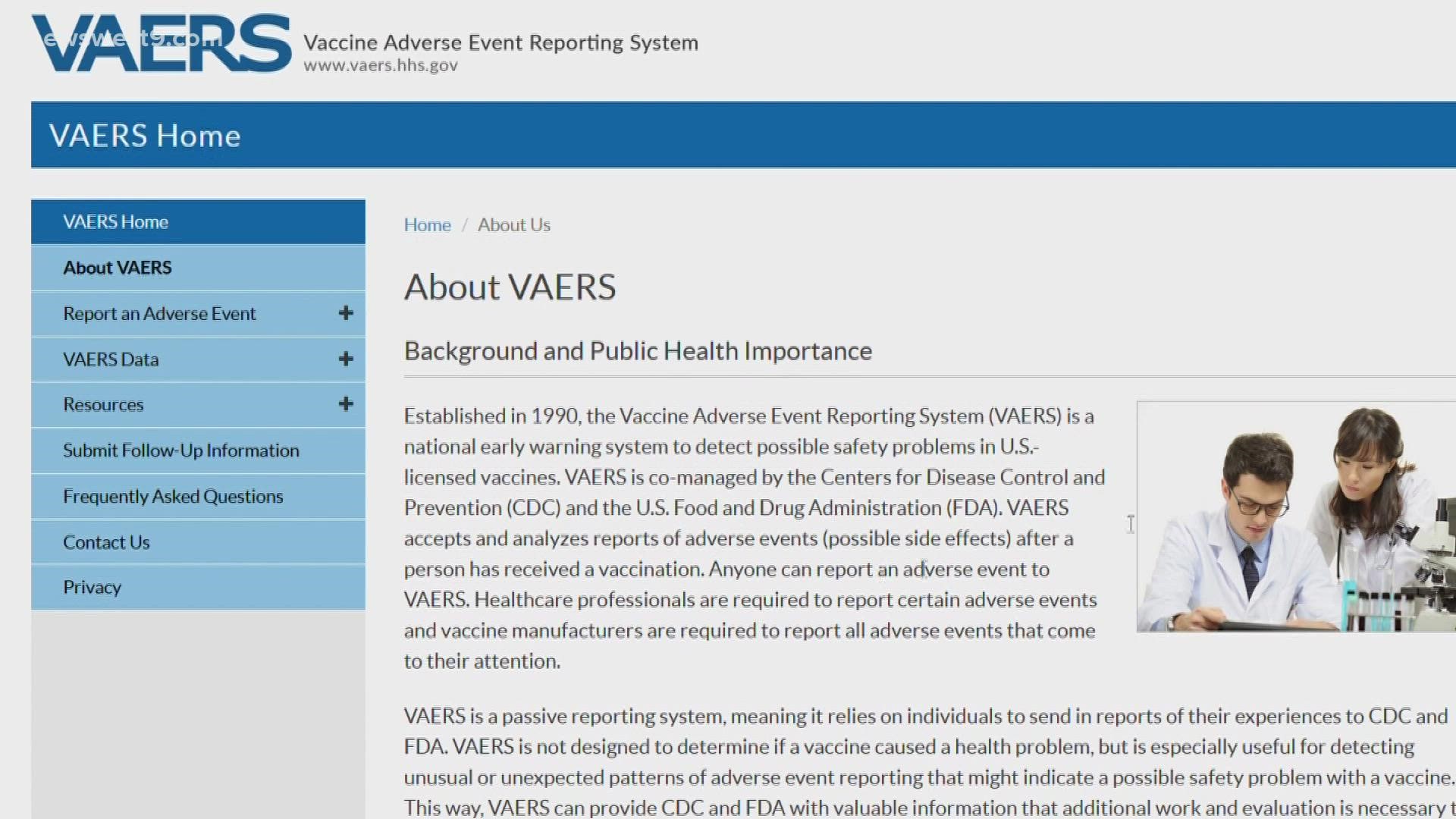 "VAERS is something the CDC has had in place for a long time, before COVID, well before COVID and the idea behind it is to encourage anyone, not just healthcare providers but any person to report anything that they think is associated with a vaccine," said Russell Meyers, Midland Memorial Hospital CEO.

Temptation is certainly there to misuse this unfiltered data. Since it's open to anyone, the validity of these reports is decided by expert scientists with the CDC.

"It starts with casting a broad net. Anything that anybody thinks might be related, throw it in the pot and then the scientists at the CDC will sort it out," Meyers said.

It allows them to look for trends, pockets of concern maybe isolated to a certain geographic area or with a certain allotment of vaccine.

"It's a beginning, a beginning tool so that further research can be done about whether those are actual events, whether they really happened or not and if they did happen, whether they were truly associated with the vaccine or they were simply coincident," Meyers said.

If you have something worth reporting, you can contribute to this network of data.

"When you get your shot, we tell you how to report and we encourage you to report if you have a concern about it," Meyers said.

Healthcare providers are required to report too. MCH tells us they've reported three cases to VAERS since they've started with vaccines. Each of them were allergic reactions.

MMH says they haven't reported any cases to VAERS.

"It's a nice tool that introduces to those researchers what might be happening out there in the world," Meyers said.

Something to note, if you knowingly file a false report, it's a federal violation punishable by fine or up to eight years in jail.

If you do fill out a report, you'll receive a confirmation number back to confirm it was received.

The report requires you to include patient information, vaccine information, symptoms and outcomes of the symptoms, medical tests, lab results and your physician's contact information.

It's possible that you or your health care provider may be contacted for more information after your report is filed and received.