“Both doses have to be given in order for someone to be considered fully vaccinated," Rohith Saravanan, Chief Medical Officer at Odessa Regional Medical Center said. 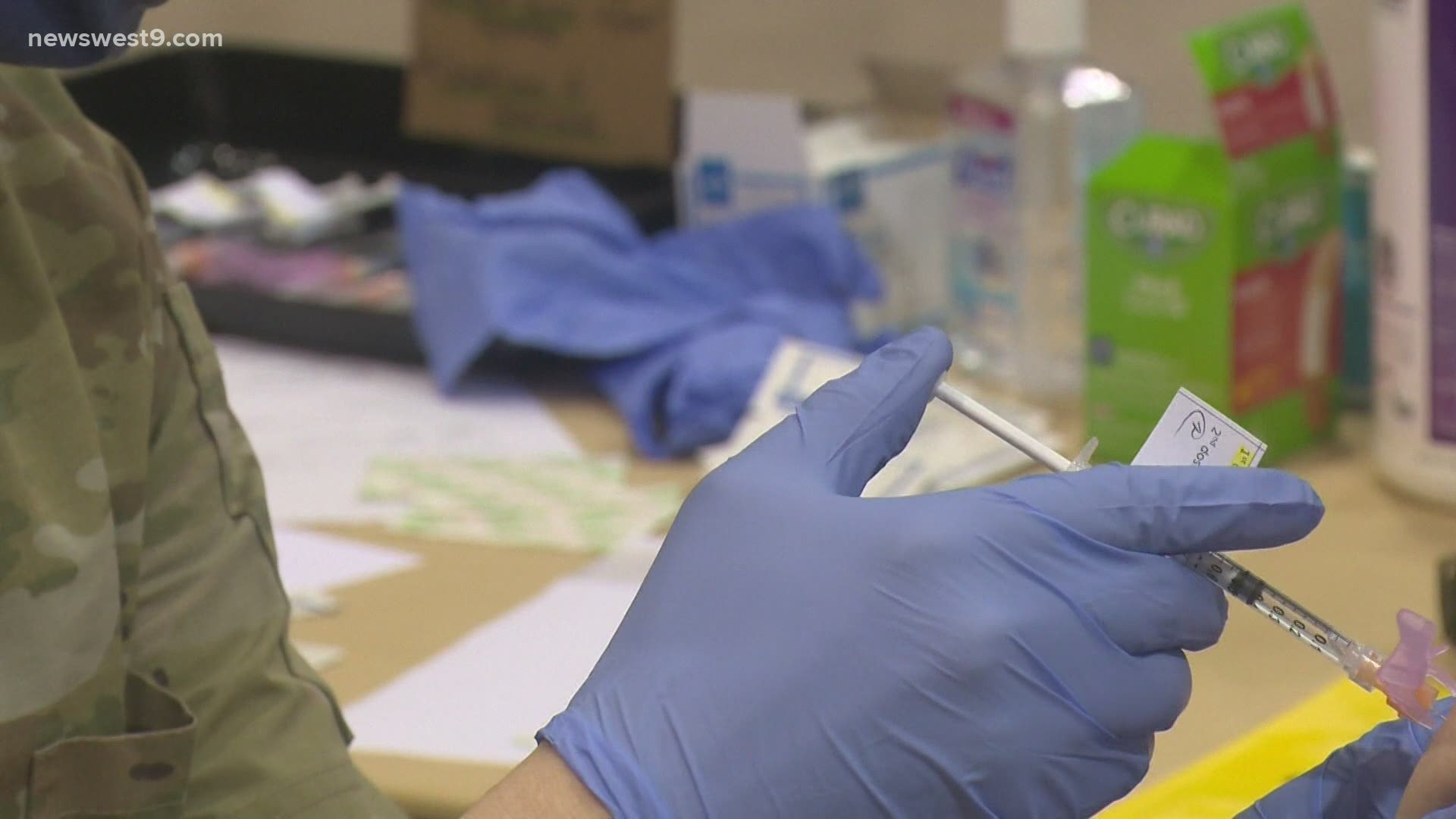 MIDLAND, Texas — In Texas, everyone over the age of 16 is able to get vaccinated for COVID-19.

Most of the vaccines distributed here in West Texas are Pfizer and Moderna, both of which require two shots. However, some people are skipping out on that second vaccine.

According to medical experts like Rohith Saravanan, Chief Medical Officer at Odessa Regional Medical Center, that is a no-go.

Why shouldn't you skip out on it? It reduces the efficacy of the vaccine working from about 95% to only about 60%.

“Both doses have to be given in order for someone to be considered fully vaccinated," Saravanan said. "Having one dose does not mean they are fully vaccinated, so you couldn’t count them towards herd immunity.”

Dr. Saravanan worries that some folks will stop at the first shot, leaving a percentage of our population only half vaccinated.

“I don’t know if we’re seeing a whole lot of people not getting the second dose of the vaccine," Saravanan said. "We are seeing people who have left the area who have tried to get it elsewhere or people who have gotten to the area and now they are trying to get their second dose.”

To get to herd immunity, 70-80% of the population must be fully vaccinated, something that will not happen unless everybody gets both shots.

The CDC recommends people get the second shot of the vaccine about three to four weeks after their first shot.

If you can't get it during that time period, the next recommendation is six weeks during that window of time, or simply getting the second shot any time.