Both cities' vaccine shipments were delayed because of the weather. 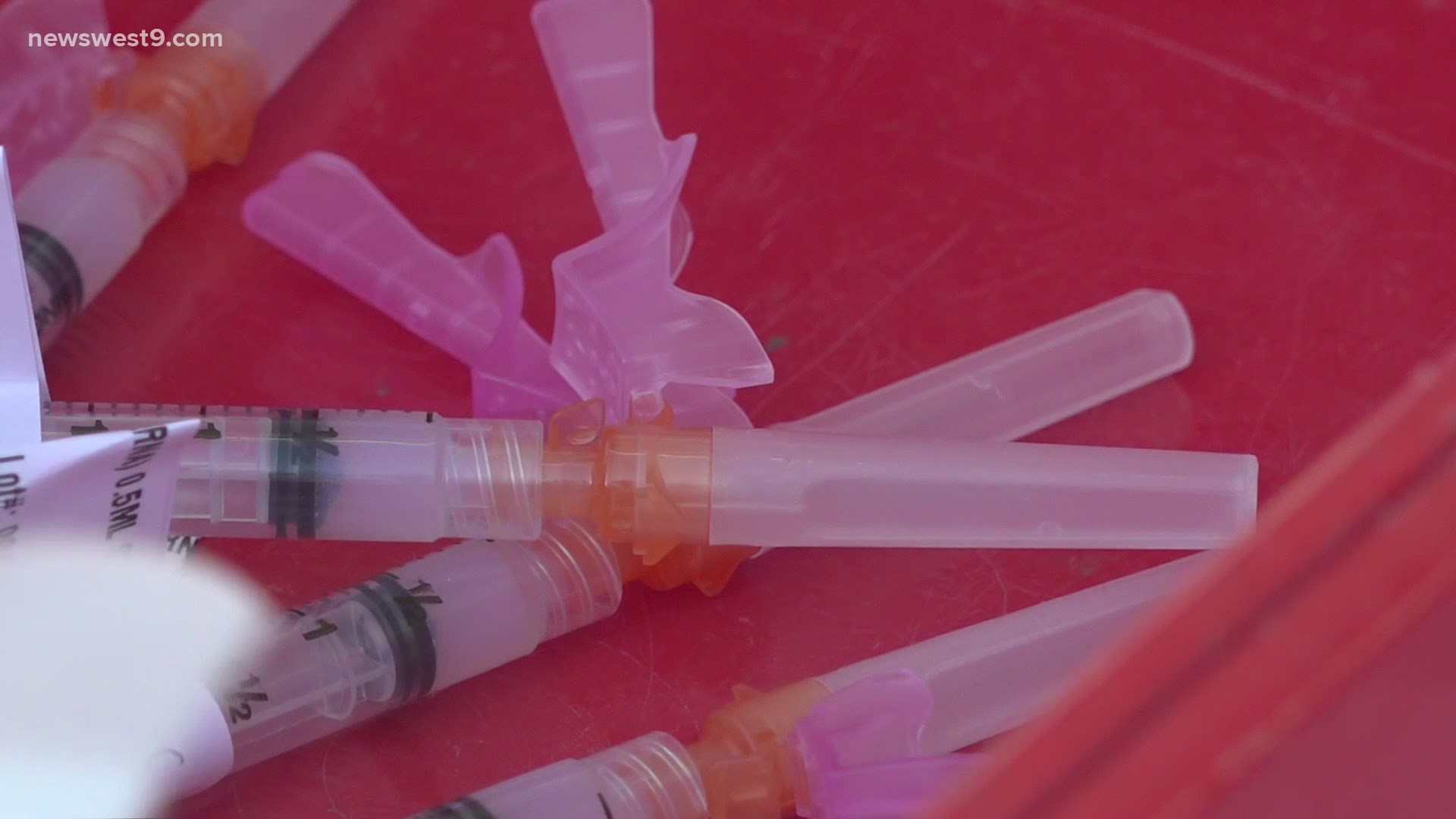 MIDLAND, Texas — The snow came and went, now the vaccine hubs in Midland and Odessa are getting back into their routines vaccinating thousands of people.

Both cities' vaccine shipments were delayed because of the weather.

“What was suppose to arrive on Monday and Tuesday arrived on Saturday," Val Sparks, Infectious Disease Preventionist for Midland Memorial Hospital said. "Then we received another dose today and we are anticipating a third shipment this week.”

According to Christin Timmons, the Chief Nursing Officer at Medical Center Hospital, MCH is receiving double the amount of vaccine they normally get to make up for last week

For Midland, the weather did not impact the shot distribution much because the shot is done indoors at the Horseshoe and Golf Course Road Church of Christ.

Feb. 15 was the only day they had to cancel appointments.

As for Odessa’s drive-thru clinic at Ratliff, being outdoors put them at a much bigger disadvantage.

“We had all of our week scheduled so we had to cancel that," Timmons said. "We will have those hours made up this week.”

As for those looking to get the second dose of the vaccine, Odessa is changing things up.

No longer will people need to call and set up an appointment at Urgent Care. Instead, the week of March 2-5  Ratliff will have a drive-thru booster clinic.

“We are not even going to try to do appointments," Timmons said. "We are going to let all those boosters come through that week and get caught up during that scheduled time.”

As for Midland, you can register for the vaccine here.

Staff from MMH will contact you to make an appointment within 48 hours.

Both cities have opened their vaccine hubs to those in Phase 1C. The phase applies to lots of people including transportation and logistics, food service, construction and finance, information technology, communications, energy, media, law, public safety and public health.