Authorities also stated they were working with ECISD to see about using Ratliff Stadium as a vaccination site. 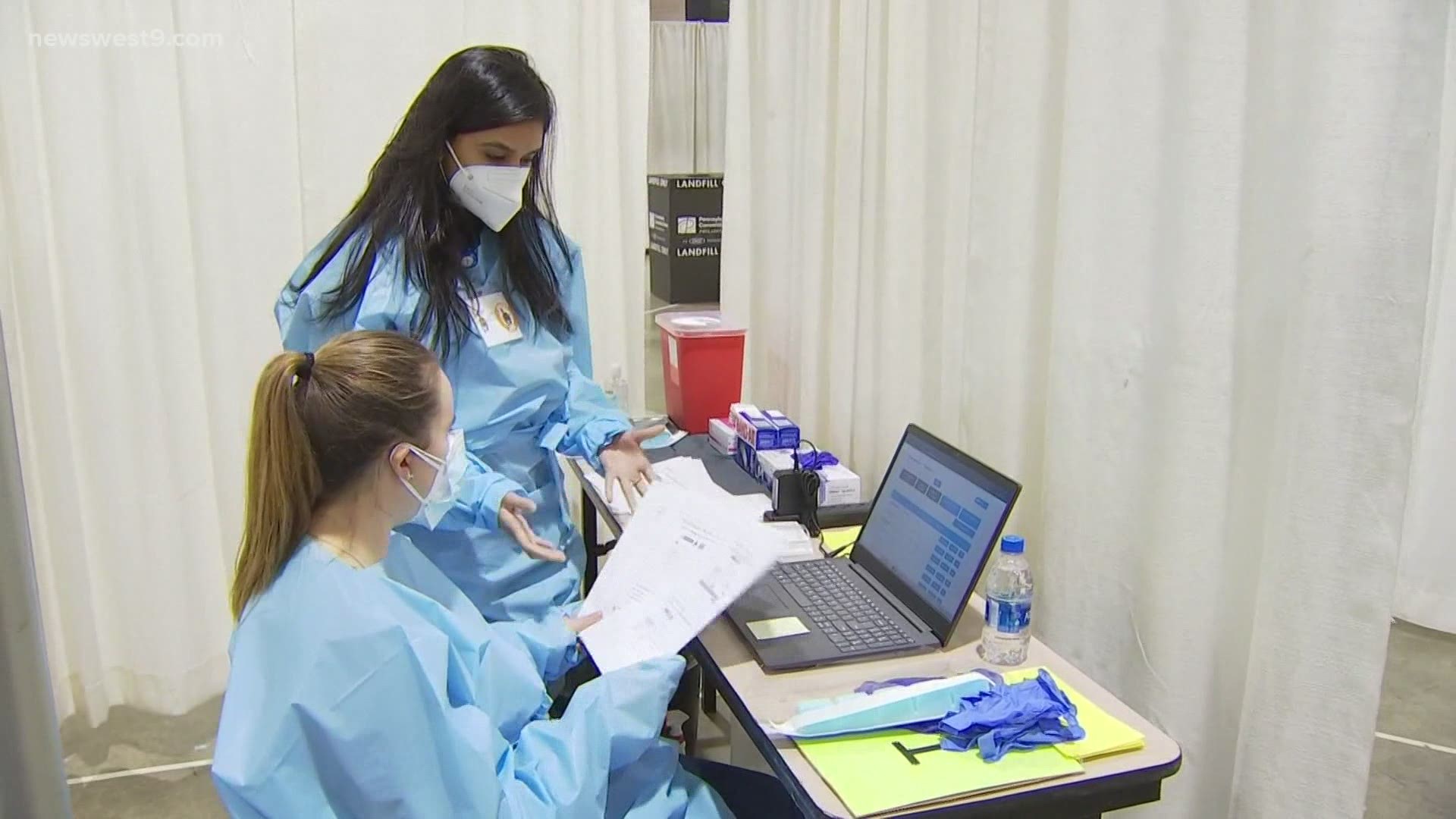 ODESSA, Texas — Medical Center Hospital has announced it will be allocated 3,900 doses of the Pfizer vaccine by the State of Texas.

The hospital anticipates this shipment will arrive Monday and a weekly shipment of vaccines of the same amount should also be starting soon.

Russel Tippin, CEO of MCH, thanked State Representative Brooks Landgraf for his hard work in getting the large allocation of vaccines to the area.

Additionally, Tippin emphasized they would working on helping set up a mass vaccination plan and getting other areas vaccinated as well.

Chief Huber also stated they were working with ECISD to see about making Ratliff Stadium a site for vaccinations.

The medical team is also working on making a pre-registration site to help speed the vaccination process along. The hospital asks the public not to call in the meantime as they will not be able to sign anyone up until the pre-registration link is available.

This is the city’s first step into bringing mass vaccination to Odessa. OFR plans to use Ratliff Stadium as a vaccination site.

Tippin and others asked for the community's patience as the teams work to get the vaccines out, reminding the public this is unlike anything that has been done before.