The reason for the cancellation is because the state was not able to provide the weekly allotted shots, making it difficult to keep up with appointments. 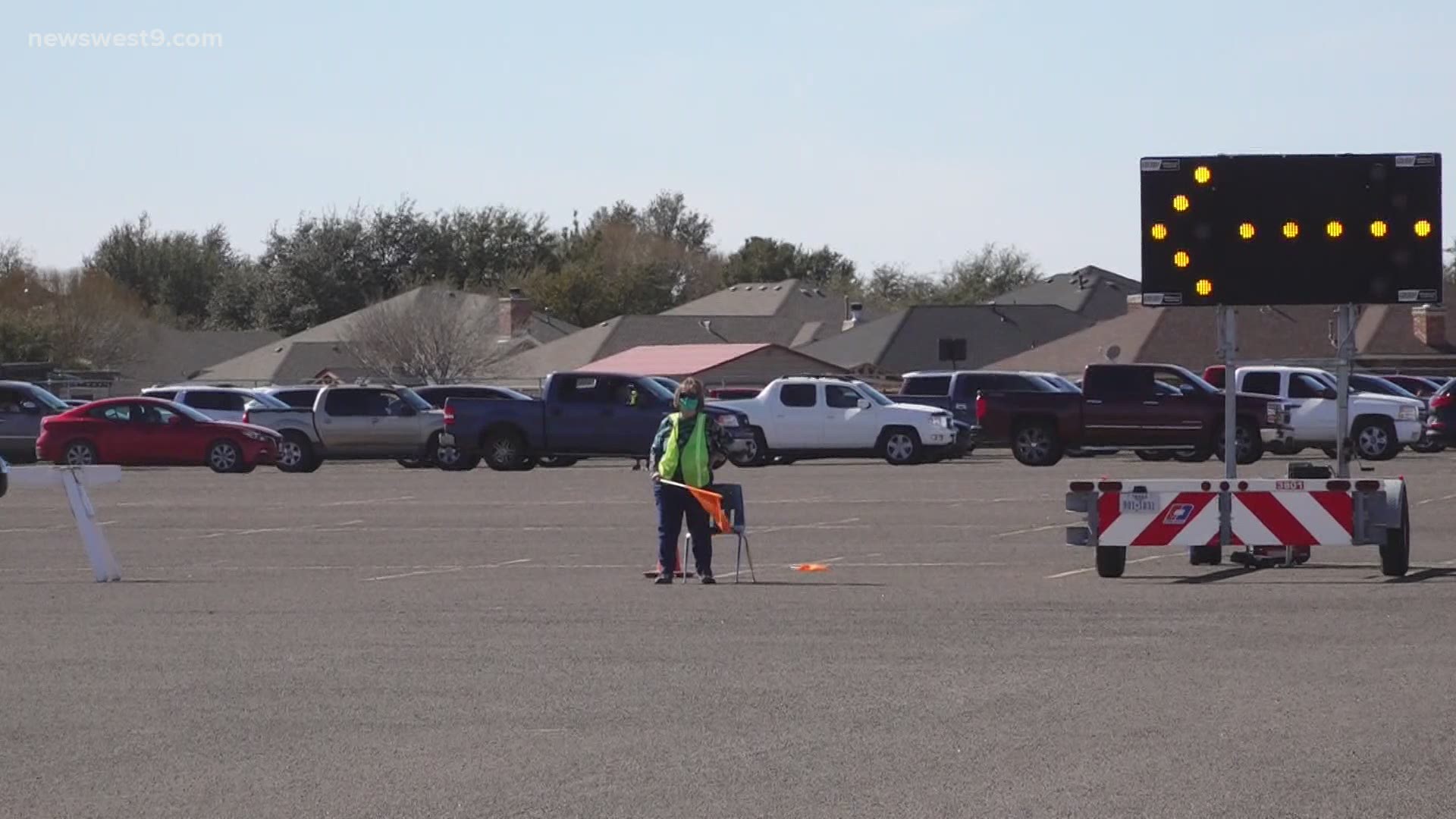 ODESSA, Texas — Medical Center Health System has announced it will be canceling the booster shot appointments at Urgent Care clinics from Feb. 18 and on.

The Odessa team says the reason for this cancellation is because the state was not able to get the weekly allotted shots.

Because of the delay, it would be extremely difficult to reschedule thousands of appointments, so the team will be switching to a drive-thru system similar to the first shots.

Going forward, MCH says the hotline will be shut down and no further appointments will be made. Instead, those needing a booster shot should show up to Ratliff on March 2-5 from 9 a.m to 5 p.m.

These days will only be available for those needing booster shots, not the first part of the vaccine.

Anyone coming to the drive-thru clinic will not need to pre-register or set an appointment. However, they will need to bring the vaccination card received from the first shot.

The Odessa team is hoping this will allow them to administer the booster to the roughly 9,500 people who are still in need of it.

Additionally, for anyone whose date on the vaccine card will not match the Ratliff dates, MCH is reminding everyone that the booster is still okay to take up to six weeks after the initial shot.

The team is also asking people not to call Midland Memorial Hospital for their booster shots, as they have their own appointments already set.

MCH says in the three days the had the clinics open they were already able to administer over 4,500 booster shots.