'All hands on deck' getting mass vaccine distribution plan in place

Altogether it will take about 70 people a day to man the mass distribution site. That is why Odessa is calling on volunteers in the community to help. 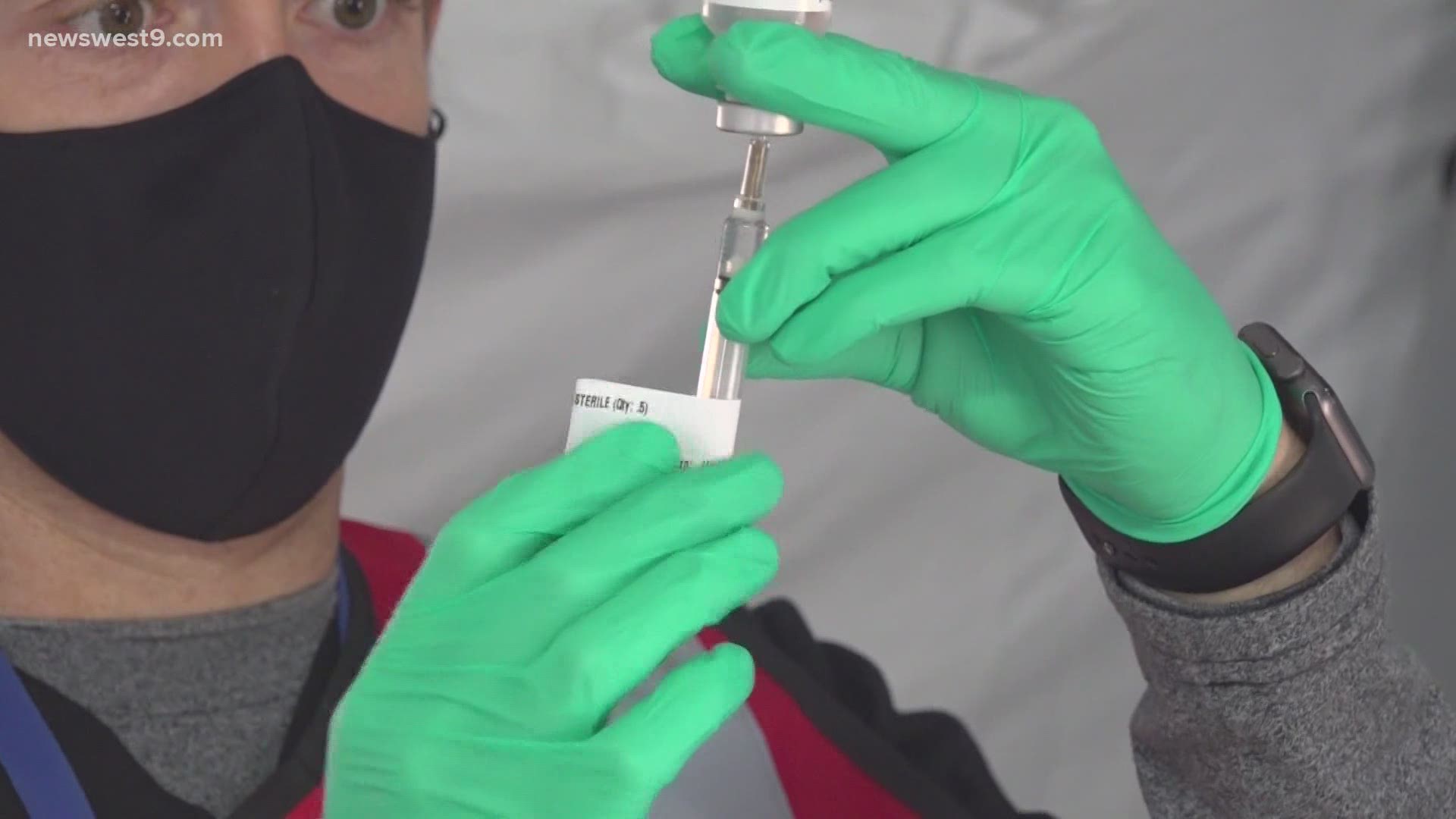 ODESSA, Texas — Medical Center Hospital is anticipating getting just under 4,000 doses of the Pfizer vaccine a week.

Getting a plan in place to vaccinate thousands? Well, you can imagine it is no easy feat.

“It’s taking an entire village, community, lots and lots of hands are involved in this," Amanda Everett, MCH emergency management coordinator, said. "It's all hands on deck."

Odessa’s Incident Command Team is filled with leaders from Odessa Police, Odessa Fire and Rescue, Ector County ISD, Ector Co. Sheriff's Office, the City of Odessa, and Medical Center. The team has been working the past two weeks on a distribution plan.

"We all come together we come up with a plan and we all start pitching in how to help," Everett said.

So far, this is what the Incident Command Team has planned:

Police will help with traffic outside of Ratliff Stadium near Yukon and Grandview.

ECISD and MCH Police will be in charge of security at the stadium.

The City of Odessa's providing additional resources the hospital needs along with manning the registration website.

Altogether it will take about 70 people a day to man the mass distribution site.

That is why Odessa is calling on volunteers in the community to help.

“The first two weeks will just be us running through it, but then we will start bringing in other volunteers so that we are not running our people ragged.”

Those volunteers will help with registration paperwork and observing patients who have received the shot as well as answering questions and directing people where to go.

It is not required that they have a medical background.

To sign up to volunteer you can email volunteers@odessa-tex.gov.