The Defenders team learned CMS sent an official request to prioritize teachers back in December, according to county emails. 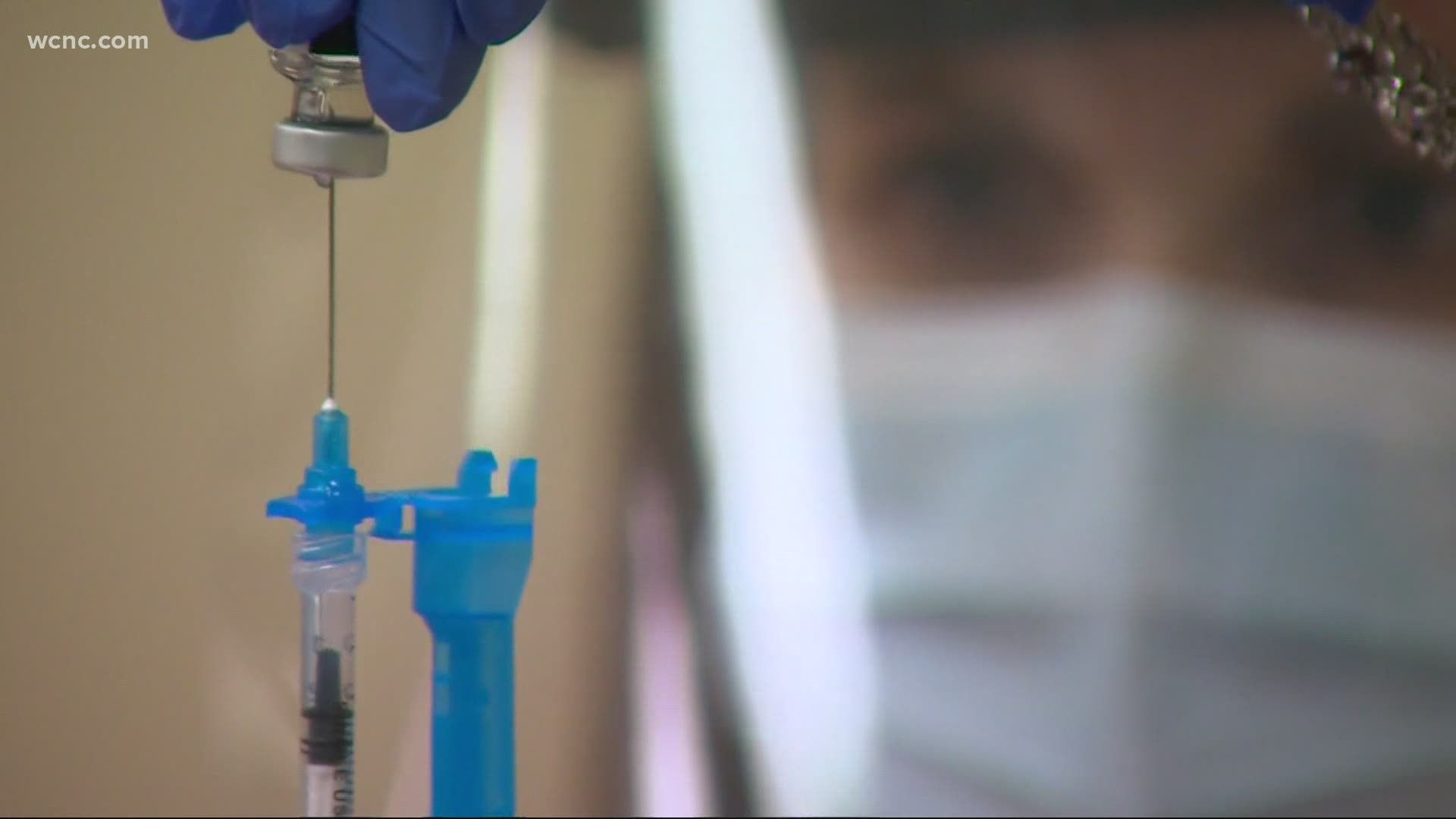 CHARLOTTE, N.C. — A WCNC Charlotte Defenders investigation is revealing the Charlotte Mecklenburg School District pushed for vaccine priority behind the scenes even before shipments went out.

Last week, Governor Cooper announced teachers will be eligible for the vaccine at the end of the month. However, the Defenders team learned CMS sent an official request to prioritize teachers back in December, according to county emails.

WCNC Charlotte talked to a CMS teacher who didn’t know about the official email request in December but said she wishes it would have been granted before she had to return to school on Monday.

“Elementary schools are returning face to face,” Jessie Molle, a CMS teacher said. “We’re worried about our safety and health, as well as our family members.”

In the email from Dec. 1, CMS sent an official request to local, state, and federal health officials. The request in the email reads in part, “when a COVID vaccine is available, that all K-12 staff who work directly with students or in a school receive priority after healthcare workers."

NEW: Before shipments went out in December, @MeckCounty internal email shows @CharMeckSchools sent an official request asking that CMS staff get #COVIDVaccine priority after healthcare workers. But today, some CMS teachers return to school without access to vaccines @wcnc pic.twitter.com/PKseMZq0Lv

The email goes on to say it, “will allow our schools to return to full in-person instruction sooner rather than later."

A spokesperson for the North Carolina Department of Health and Human Services said with limited vaccine supply states must vaccine in groups, and North Carolina moves through vaccination phases by aligning with federal priorities.

“We are permitting our staff members when it is their turn in their eligibility group to make appointments,” CMS Superintendent Earnest Winston said.

Molle said she plans to get the vaccine as soon as she’s eligible starting on Feb. 24.

Have a relative or friend in another state and want to know when they can get vaccinated? Visit NBC News' Plan Your Vaccine site to find out about each state's vaccine rollout plan.