The CDC told Kaiser Health News that the losses were to be expected with this size of a vaccination campaign. 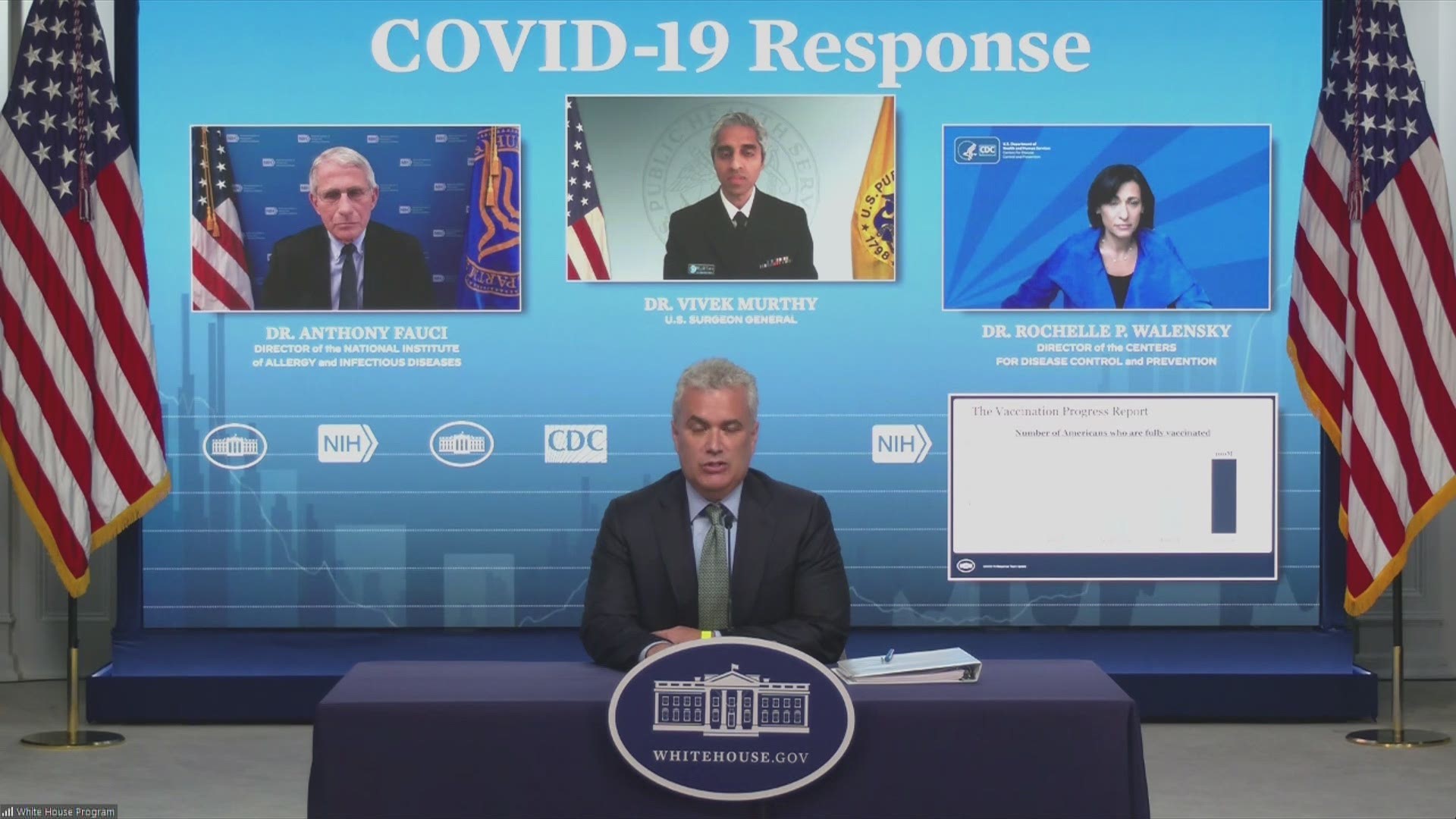 WASHINGTON — During the first three months of the COVID-19 mass vaccination effort, two national pharmacy chains were responsible for a large chunk of the country's reported wasted vaccine doses, according to government data obtained by Kaiser Health News.

The data, obtained by KHN, showed that the Centers for Disease Control recorded at least 182,874 doses of COVID-19 vaccine were wasted in total as of late March.

According to KHN, of those wasted doses, CVS was responsible for almost half, and Walgreens for 21%. The two chains wasted almost 128,500 doses combined, the report found.

As of Sunday morning, the U.S. had administered more than 245 million COVID-19 vaccine doses, according to CDC data.

While the exact reasons why these two pharmacy chains have been responsible for wasting so many vaccine doses isn't entirely clear, the CDC said the losses were to be expected with a vaccine roll out of this size, and that more losses could be on the way.

“A higher percentage of the overall wastage would not be unexpected, particularly in an early vaccination effort that spanned thousands of locations,” CDC spokesperson Kate Fowlie told Kaiser Health News.

The Trump administration's plan relied heavily on CVS and Walgreens early on to vaccinate long-term care facility residents and employees. CVS told KHN that "nearly all" of its reported vaccine waste occurred during that initial effort with long-term facilities and nursing homes.

Dr. Michael Wasserman, who recently lead the California Association of Long Term Care Medicine, told KHN the pharmacies "didn’t have a clue when it came to interacting with nursing homes."

Wasserman said that it was ultimately the companies' unfamiliarity with long-term facilities and their restrictive methods which harmed that initial portion of the vaccine roll out in particular.

In response, a Walgreens spokesperson told the outlet it wasted less than 0.5% of vaccines it had administered through March 29. That included 3 million shots in long-term care facilities and 5.2 million more through a partnership with the federal government, the company said to KHN.

The first vaccine to be deployed was Pfizer's, in December, and at first it required storage at ultracold temperatures. Pfizer's vaccine made up almost 60% of the lost vaccine doses, KHN found in its analysis.

Fowlie said in a statement to KHN, “though every effort is made to reduce the volume of wastage in a vaccination program, sometimes it’s necessary to identify doses as ‘waste’ to ensure anyone wanting a vaccine can receive it, as well as to ensure patient safety and vaccine effectiveness.”

The CDC said it had given guidance in addition to working with health departments in an effort to educate staff members on how to best reduce waste. The CDC said that staff members of clinics need to try and avoid wasting shots whenever possible.

While COVID-19 doses were initially extremely scarce, vaccine supply in the U.S. has started to outpace demand in some areas. As of April 16, all Americans 16 and up have been eligible for COVID-19 vaccines.

By the numbers, state data

KHN's report relied on public records records to the CDC, all 50 states, five major cities, Puerto Rico and Washington, D.C. The report discovered that data from the CDC about wasted vaccine doses didn't always match what was provided by the states.

Reasons for the losses

KHN's reporting found that freezer malfunctions were attributed to the largest waste incidents for vaccine doses. Broken syringes and vials, other storage errors and open vials that couldn't be used were other reasons given for wasted jabs.

It is yet to be known what waste will look like internationally as the World Health Organization recently, after weeks of delays, announced emergency approval for the Moderna vaccine that will pave the way for its rollout in the U.N.-backed COVAX program internationally. Deliveries are not set to begin until the fourth quarter of this year, and the vast majority of the doses in the deal — 466 million — are planned for next year, the Associated Press reported.