WHO approves AstraZeneca's COVID-19 vaccine for emergency use

The move should allow the U.N. health agency's partners to ship millions of doses to countries as part of a U.N.-backed program to tame the pandemic. 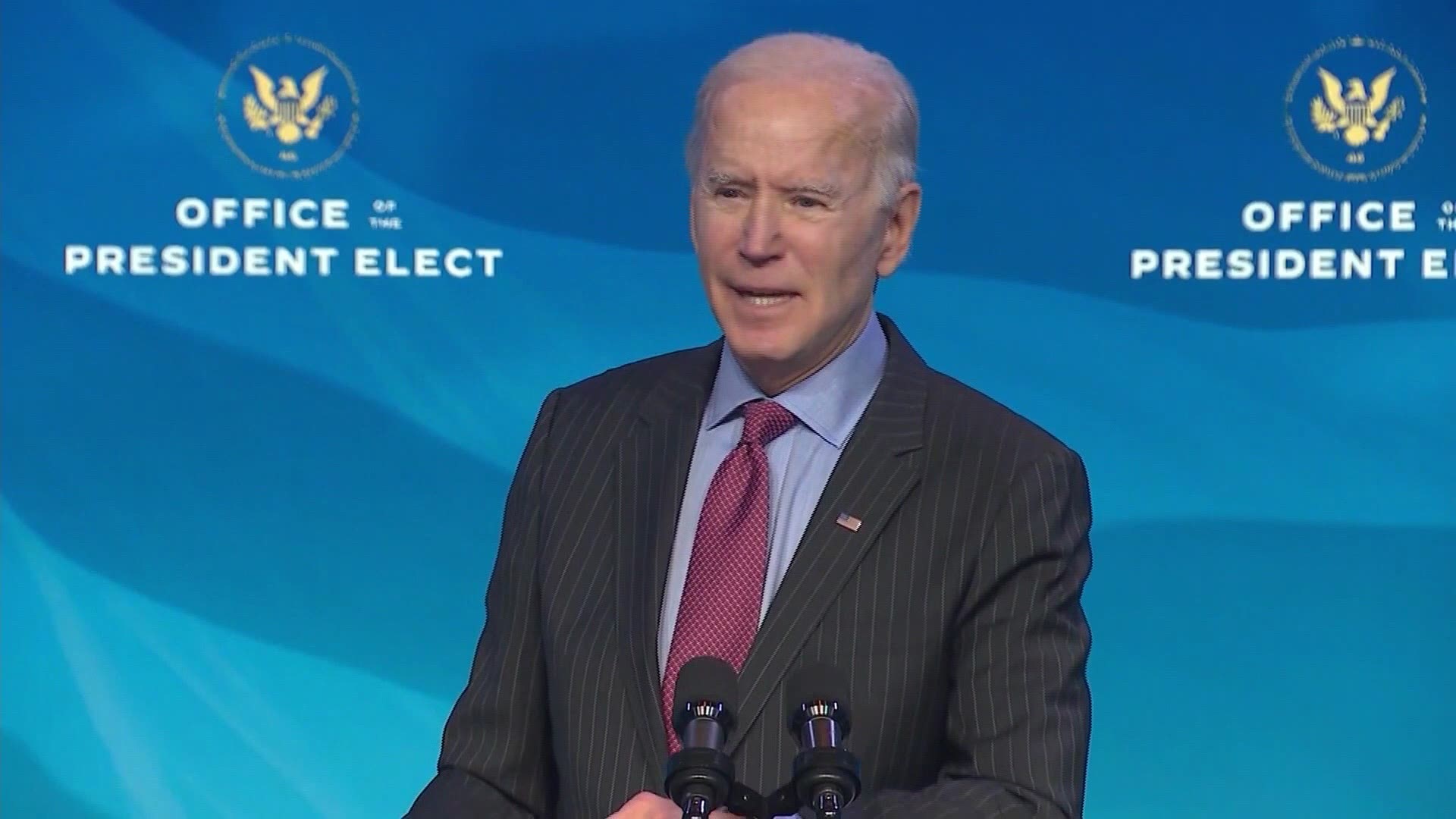 The World Health Organization has granted an emergency authorization to AstraZeneca's coronavirus vaccine, a move that should allow the U.N. agency's partners to ship millions of doses to countries as part of a U.N.-backed program to tame the pandemic.

In a statement Monday, the WHO said it was clearing the AstraZeneca vaccines made by the Serum Institute of India and South Korea’s AstraZeneca-SKBio.

The WHO’s green light for the AstraZeneca vaccine is only the second one the U.N. health agency has issued after authorizing the Pfizer-BioNTech vaccine in December. Monday's announcement should trigger the delivery of hundreds of millions of doses to countries that have signed up for the U.N.-backed COVAX effort, which aims to deliver vaccines to the world’s most vulnerable people.

“Countries with no access to vaccines to date will finally be able to start vaccinating their health workers and populations at risk,” said Dr. Mariângela Simão, the WHO's Assistant-Director General for Access to Medicines and Health Products.

The coronavirus has infected more than 109 million people and killed at least 2.4 million of them. But many countries have not yet started vaccination programs and even rich nations are facing shortages of vaccine doses as manufacturers struggle to ramp up production.

The AstraZeneca vaccine has already been authorized in more than 50 countries, including Britain, India, Argentina and Mexico. It is cheaper and easier to handle than the Pfizer-BioNTech vaccine, which needs deep-cold storage that is not widespread in many developing nations. Both vaccines require two shots per person, given weeks apart.

Last week, WHO vaccine experts recommended the use of the AstraZeneca vaccine for people over age 18, including in countries that have detected variants of COVID-19.

But that was contrary to the recommendation from the African Centers for Disease Control and Prevention, which said countries that had identified a virus variant first seen in South Africa should be “cautious” in their use of the AstraZeneca vaccine, suggesting that other shots be prioritized instead.

"Today WHO gave emergency use listing to two versions of the Oxford-AstraZeneca #COVID19 vaccine, giving the green light for these vaccines to be rolled out globally through COVAX"-@DrTedros #VaccinEquity #ACTogether https://t.co/mbmm1ZAOeM

The AstraZeneca vaccine forms the bulk of COVAX’s stockpile and concerns were recently raised after an early study suggested it might not prevent mild and moderate disease caused by the variant first seen South Africa. Last week, South Africa scaled back its planned rollout of the AstraZeneca vaccine, opting instead to use an unlicensed shot from Johnson & Johnson for its health care workers.

COVAX has already missed its own goal of beginning coronavirus vaccinations in poor countries at the same time that shots were rolled out in rich countries. Numerous developing countries have rushed in recent weeks to sign their own private deals to buy vaccines, unwilling to wait for COVAX.

RELATED: 'When do you pull the trigger?' | COVID-19 shots may be tweaked if variants get worse

RELATED: VERIFY: Wear two masks and know the tricks to a snug fit to stop COVID-19

Credit: AP
FILE - This undated file photo issued by the University of Oxford, shows of vial of coronavirus vaccine developed by AstraZeneca and Oxford University, in Oxford, England. Britain has authorized use of a second COVID-19 vaccine, becoming the first country to greenlight an easy-to-handle shot that its developers hope will become the “vaccine for the world.” The United Kingdom government says the Medicines and Healthcare Products Regulatory Agency has made an emergency authorization for the vaccine developed by Oxford University and UK-based drugmaker AstraZeneca. (John Cairns/University of Oxford via AP, File)

Some public health experts called that “very problematic” and attributed it to COVAX’s flawed design, which allowed donor countries to double dip by purchasing vaccines from the program while also signing their own commercial deals.

“Canada has ordered enough doses to supply their population about five times over and now they’re looking to accept their share of doses from COVAX, which would otherwise be given to poor nations,” said Anna Marriott, health policy lead for Oxfam International.

WHO chief scientist Dr. Soumya Swaminathan has said rich countries that have signed up to receive vaccines from COVAX won’t have their requests denied.

“The COVAX facility is not going to penalize countries,” she said in early February.

After pledging more than $400 million to COVAX last year, Canadian Prime Minister Justin Trudeau said it was always his country’s intention to get vaccines through COVAX.

Marriott said rich countries planning to take doses from COVAX should reconsider their intentions, given their earlier calls of support for the effort’s goal of equal access to vaccines for all the world's nations, rich or poor.

“It seems quite hypocritical,” she said. "Rich countries with their own supplies should make the right call and not take vaccines from countries who are really in a dire situation.”

This story corrects that doses will be shipped by the WHO's partners, not AstraZeneca's partners.