A team of UTPB students and a microbiologist put together a controlled experiment to take a closer look at whether or not masks prevent the spread of droplets. 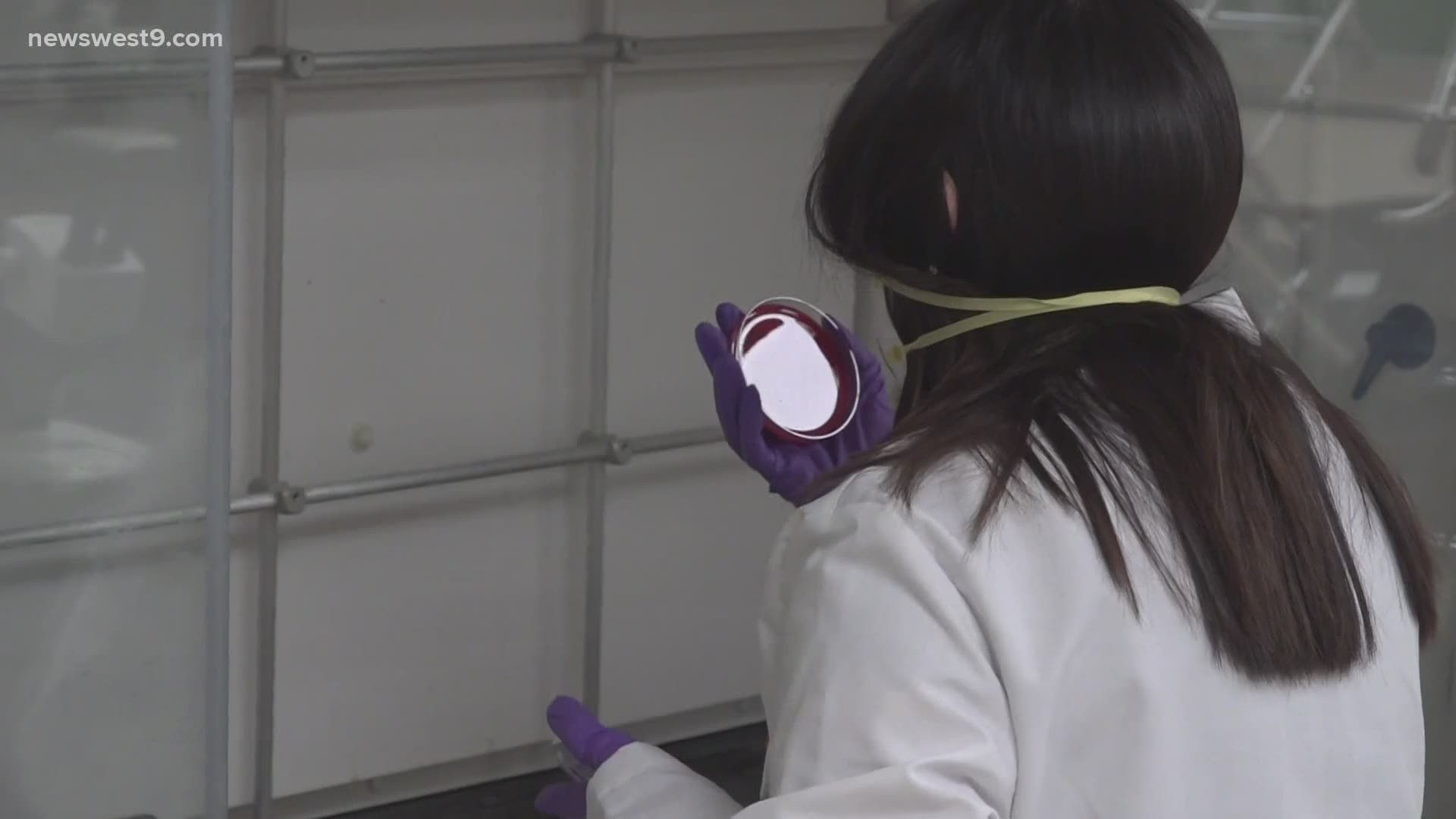 ODESSA, Texas — At this point, Texans are no strangers to mask mandates.

But after mixed messages were spread around about face masks, people were left wondering, 'do they actually work'?

A team of UT Permian Basin students and a microbiologist put together a controlled experiment to take a closer look at whether or not masks prevent the spread of droplets.

"The materials that we had basically was no mask so just the face naked, cloth, mask, surgical mask, and an n-95 mask," said David Erfanian, a UTPB Biology Major. "We had two participants which consisted of two trials in total and each participant would cough five times."

After a few trial and errors in a three-week process, the group figured out the best way to conduct the experiment.

The participants that coughed would stand by the ventilator hood in the lab to keep outside air particles from contaminating the Petri dishes that were catching the droplet spread.

Those plates were then placed in a 37 degree Celsius incubator for 48 hours to let the bacteria grow.

When the results came in, they weren't dramatic, but they were very clear.

"The three ply disposable mask, we didn't have any growth... and the n-95 masks there was no growth as well," explained Monserrath Melchor, a UTPB Biology major.

The N-95 and 3-ply surgical masks showed the most protection, showing no growth while the cloth mask showed just a little bit of growth, but when compared to the no mask sample, it's clear that masks do prevent the spread of airborne droplets.

Viruses would not show up in the type of cultures that UT Permian Basin took, but bacteria can act as a proxy because they'd help carry the virus through your respiratory droplets. That's the saliva and mucus you share with the world when you cough, sneeze or talk.

The results of the experiment were masks work. No matter what kind you're wearing, something is better than nothing.