The virus could overwhelm hospital capacities in the Austin-Round Rock area by this summer without strict social distancing. 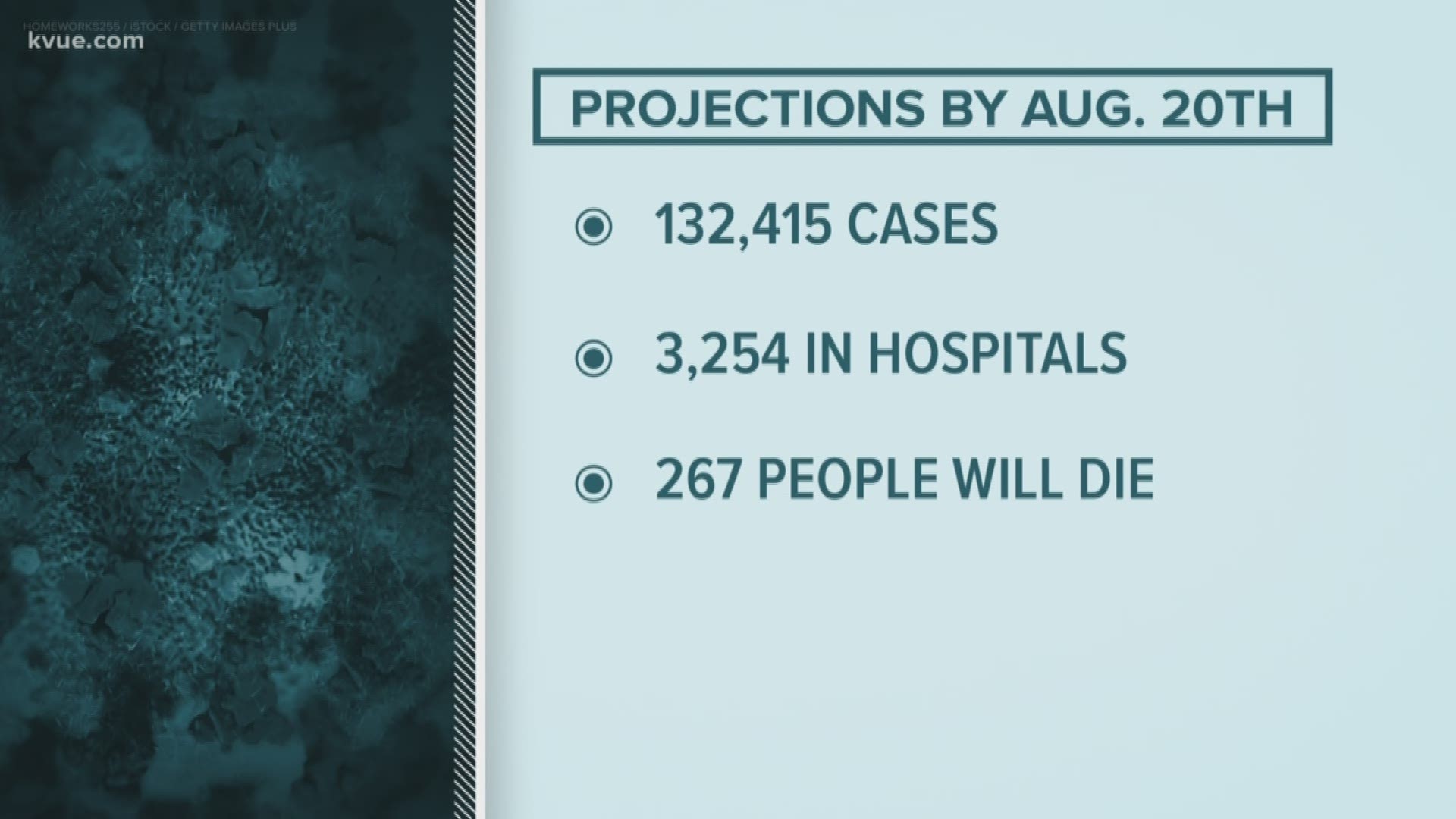 AUSTIN, Texas — Without stringent social distancing, COVID-19 may overwhelm hospital capacities in the Austin-Round Rock area by this summer, according to a new report from the University of Texas at Austin.

UT biology professor Lauren Meyers built a model to project the spread of COVID-19 across the U.S. and, along with Dell Medical School, created models to project the potential impact of the virus in the area.

The pandemic-planning tool was developed by researchers at UT in 2012 and has allowed public health officials to plan for the outcomes of a deadly virus.

“These projections assume, based on the latest data from COVID-19 outbreaks around the globe, that the number of new infections in a community doubles about every four days, and that almost one out of every 20 people who contract the virus will need hospitalization,” Meyers said in a press release.

University of Texas supercomputer being used to combat coronavirus

Nearly half of Austin-area coronavirus cases are under the age of 40. An infectious disease doctor explains why

While there is still a lot that scientists do not know about the virus in terms of how quickly it spreads and how many people carry the virus while being asymptomatic, Meyers said the models are intended to show more qualitative results and emphasize how social distancing works.

“The takeaway from this analysis is that the extent of social distancing measures and our willingness to adhere to them will directly impact not only the fate of the outbreak but also our capacity to provide life-saving health care for those in need,” Meyers said.

These results show the impact of different degrees of social distancing: none, 50%, 75% and 90%. According to the model, reducing daily contacts between people by 90% would ensure that enough hospital beds, ventilators and other resources could be available in the area during the coming months.

As of March 26, Travis County Judge Sara Eckhardt said Austin had already achieved a 50% reduction in business and personal interactions. Dr. Mark Escott, the interim health authority for Austin-Travis County, said a 90% reduction would mean if someone interacted with 10 people normally outside of their home, they should interact with one person now.

"The disease is dangerous, but it's most dangerous when it spreads very, very quickly," Dr. Escott said. "We are looking for a tolerable amount of people getting sick at a time so that it doesn’t place stress on the healthcare system."

Clay Johnston, dean of Dell Medical School, said Austin has seen increases in the number of COVID-19 cases each day since the first case was confirmed on March 13. While the city does not currently have precise measures on what extent social distancing residents have been practicing, he said pictures of a crowded Barton Springs pool are not a good sign.

Mayor Steve Adler said law enforcement will break apart large gatherings such as those, but it is on citizens themselves to enforce social distancing.

"We can put out all of our police, all of our code enforcement, but we aren’t going to get to 90 percent unless our community decides collectively to take this seriously," Mayor Adler said.

Meyers said once people begin practicing social distancing, the city should begin to see the number of new cases slow down.

"The impacts of social distancing are immediate," Meyers said. "The benefit is immediate. Depending on how many cases are in a city at the point when these measures are implemented, there may be a lag when you see the increasing cases slow."

Austin health officials cited these models when making the decision to enforce the stay-at-home order Tuesday. Dr. Escott said while this data is not perfect, city officials have reason to believe in its ability to project the next several months.

If the city does run out of hospital beds, Dr. Escott said they are prepared to utilize other hospitals and surgery centers not currently being using to treat COVID-19 patients or potentially convert hotels, the Austin Convention Center or Frank Erwin Center into triage facilities.

In the coming weeks, Dr. Escott said it is vital that residents continue to stay at home.

"If we were to go back to school in a week, return to business as normal, by the middle of May we will be in a catastrophe situation," Dr. Escott said. "That is not an option."

WATCH: Coronavirus in Austin: Leaders give update as city stays home to stop spread of COVID-19