Dr. Mark Escott said it's important to remain vigilant and to keep COVID-19 protective measures in place to keep it that way. 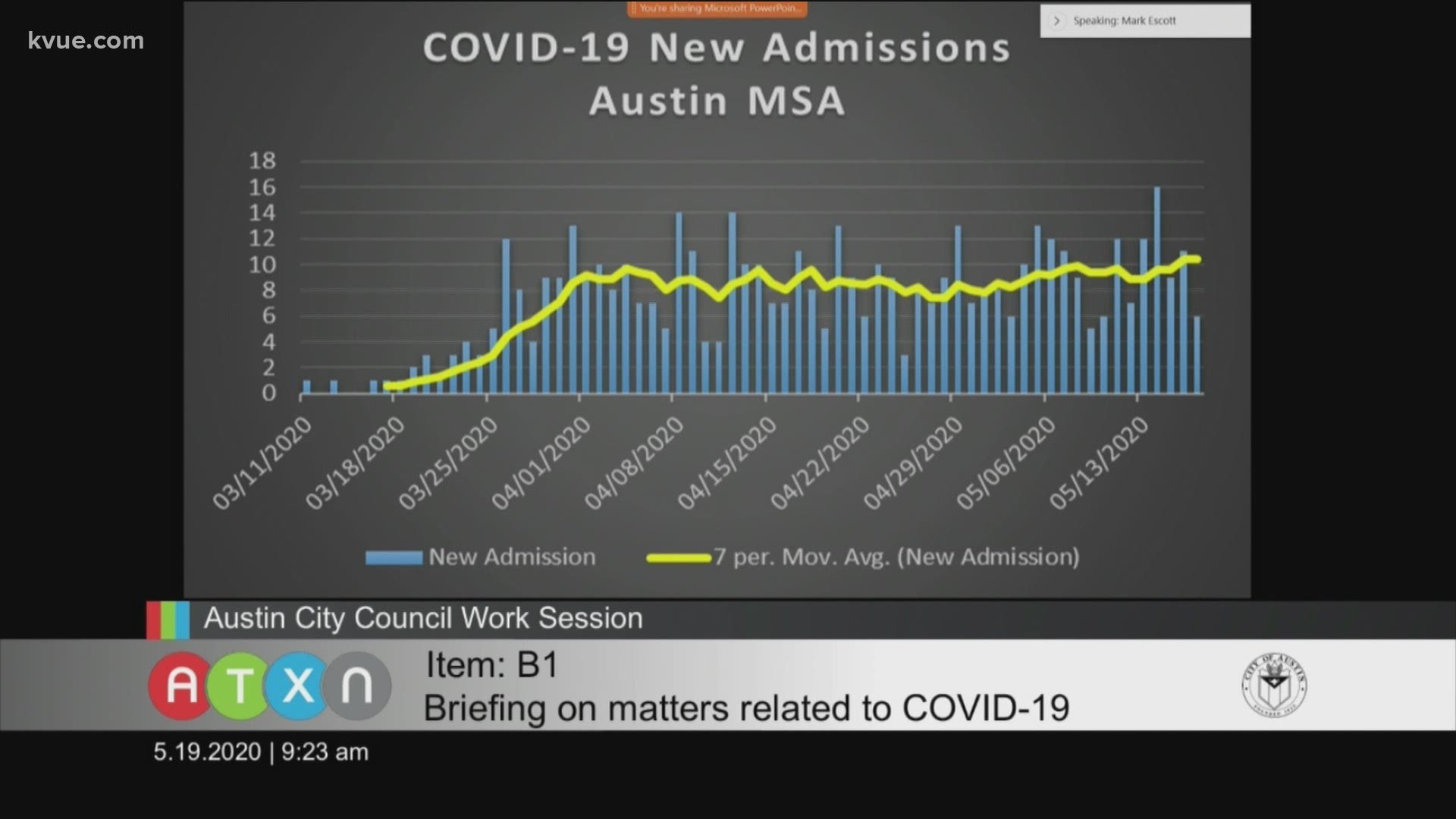 AUSTIN, Texas — The lead health authority for Austin and Travis County on Tuesday said we have effectively flattened the curve in the number of COVID-19 cases.

Here's a visual representation of those numbers:

Austin Public Health provided the graph above showing new confirmed COVID-19 cases by day for the area. The yellow line represents a rolling seven-day average. Dr. Escott said this is relatively flat in regard to new cases by day.

Dr. Escott said the upward trend illustrated above is due to patients being in the hospital for a longer period of time rather than a sudden spike in new admissions.

And this graph shows new admissions in the five-county area based on data from Baylor Scott & White, Ascension Seton and St. David's. Dr. Escott said the seven-day average has remained at about eight or 10 per day for more than a month.

He said even if the Austin area doesn't see a surge similar to what was experienced in New York, we may still see hospitalizations rise over a longer period of time that could put additional pressure on area hospitals.