As of Saturday afternoon, 2 inmates have tested positive for coronavirus in the state.

OHIO, USA — Four Ohio prisons are currently quarantining hundreds of their inmates due to the coronavirus according to the Ohio Department of Rehabilitation and Correction.

In addition at least 2 inmates in Ohio prisons have tested positive for COVID-19.

Quarantined prisons include the Toledo Correctional Institution which is now under a full quarantine.

As of Saturday afternoon, state records indicate that 928 inmates at the prison were quarantined, with 1 inmate in isolation.

Statewide, 38 prisoners have been tested, with 2 positive results, 29 negatives and 7 that are pending. 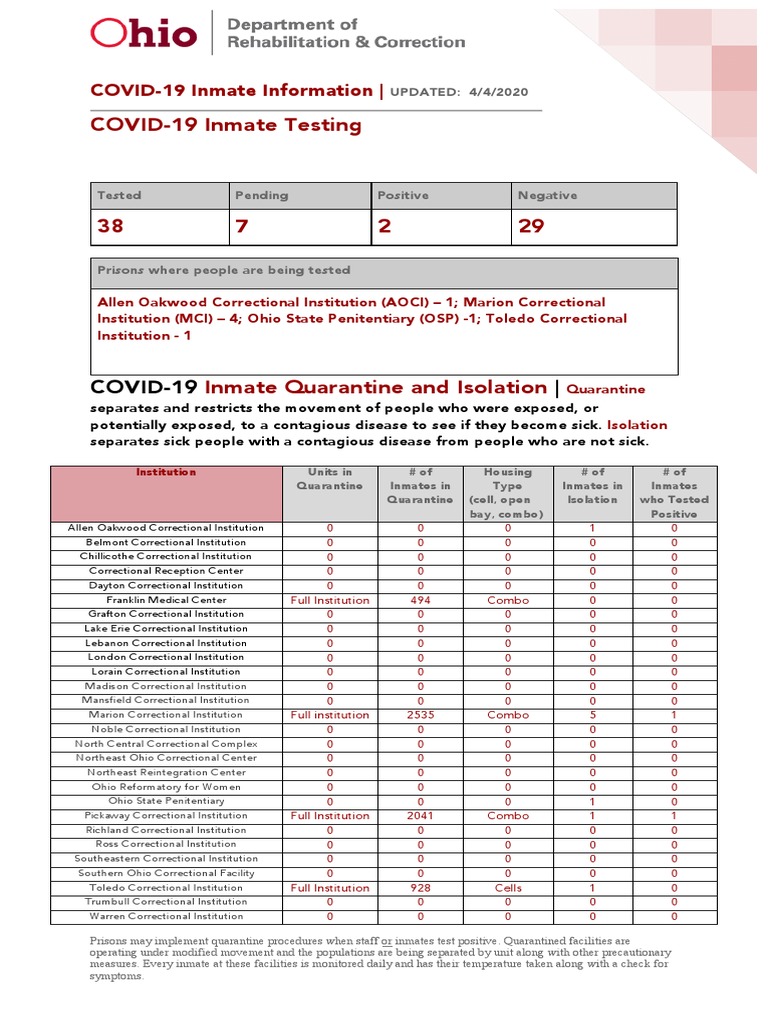 ODR, says quarantined facilities are operating under modified movements and populations are being separated.

Also, inmates temperatures are monitored daily along with checks of other symptoms.

According to ODR, there is at least one inmate at the Marion prison and one at the Pickaway Correctional Institution with confirmed cases of the coronavirus.

Franklin Medical Center is the final institution under quarantine.

RELATED: Federal inmates to be locked in cells for 14 days amid coronavirus