Eight school systems are receiving them as part of a pilot program. All can apply in the next two weeks 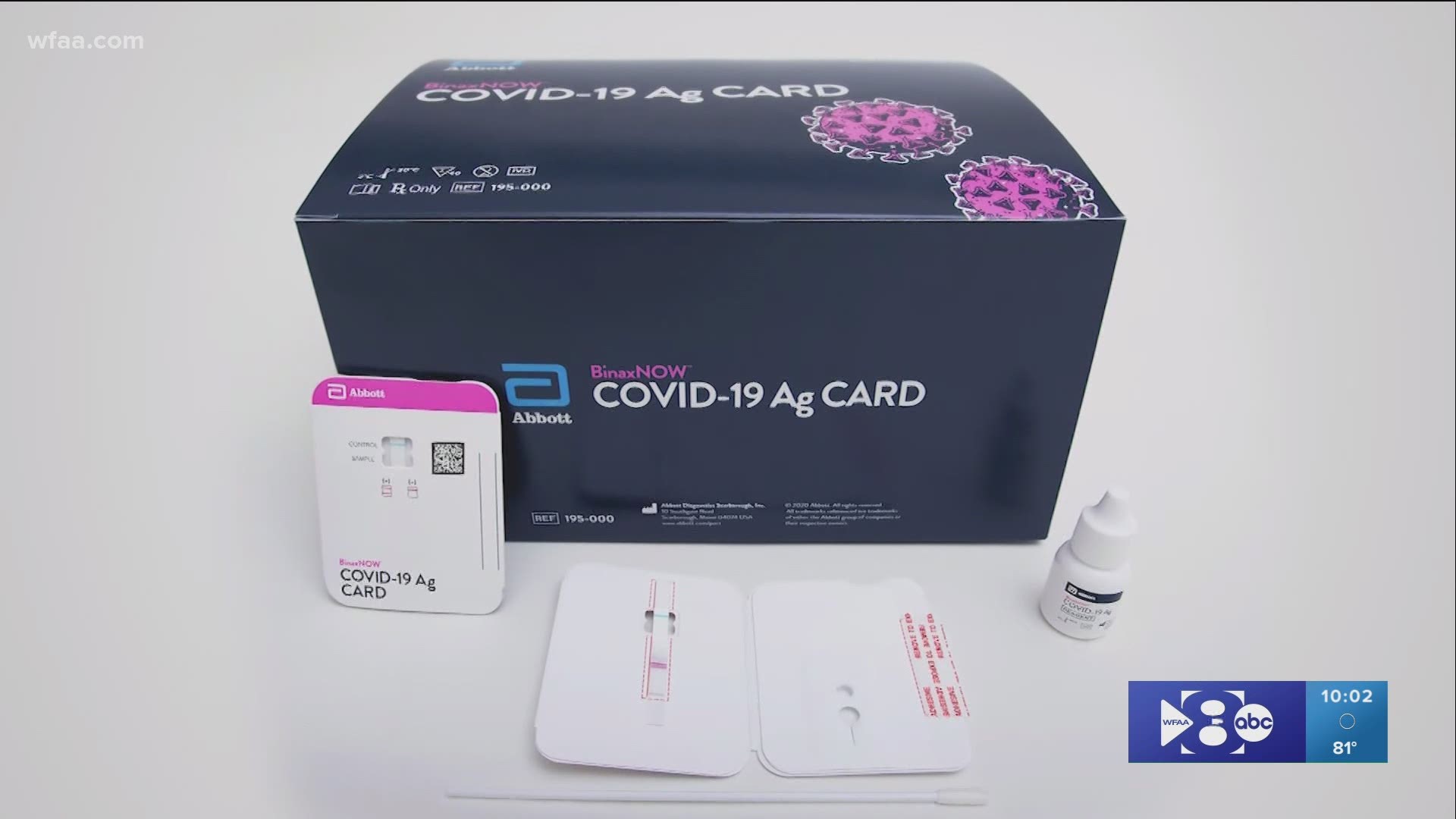 School districts across Texas could soon receive more than 1 million rapid tests for students and staff.

Xavier De La Torre is the superintendent at Ysleta ISD in El Paso, one of eight school systems selected to pilot a rapid antigen testing program. The tests are a fraction of the cost of normal swab PCR tests. They’re easy to use and give results in 15 minutes.

Ysleta got 12,000 tests. They’ve used 700 and found two positives. De La Torre has even administered the test himself.

RELATED: Texas has most reported pets with COVID-19 in the country

“In many ways, it looks a lot like a pregnancy test,” De La Torre said. “One stripe is good. Two stripes is not good.”

Only a handful of the 40,000-student district has returned in-person, but they’ve had 24 student cases and another 7 staff cases. They say the new tests could help bring reluctant teachers back.

“We see it as another layer of security in our community when making decisions relative to coming back,” De La Torre said.

The federal government has started shipping some of the 150 million antigen tests it bought from Abbott Labs. Texas has gotten about 1 million over the past two weeks.

The state health department doesn’t count antigen tests as confirmed cases. So far, there have been 211,218 antigen tests reported to the state, and 19,098 have been positive.

RELATED: Denton County to include antigen tests in its COVID-19 case reporting

The Texas Education Agency is telling districts to count antigen tests as cases in its dashboard total. As of last week’s update, 7,620 students and 5,227 staff at school districts have tested positive.

Randy Willis leads Granger ISD which has just 460 students - about 1 percent of Ysleta’s total - and is also part of the pilot.

“I was real excited to get the call from TEA,” Willis said. “They asked if I had an interest and I said absolutely.”

The TEA said they tried to select a wide range of schools but didn’t provide details on how the specific districts were selected or how many tests each received. None of the districts rank even near the worst in the state for outbreaks.

“The idea is to identity, isolate and contain,” Willis said.

Granger doesn’t know how many tests they’re getting or when they’ll arrive, and like Ysleta, they’re still figuring out who they’d test.

“We don’t have a blueprint for this,” Willis said. “We’re building this as we go.”

The state will let other districts apply for tests in the next two weeks, according to a press release. Fort Worth ISD, Dallas ISD and Arlington ISD all said they just learned of the program Wednesday and weren’t sure if they’d request tests.