Ector County had been listing some cases as "probable," and are now shedding light on what exactly that designation means. 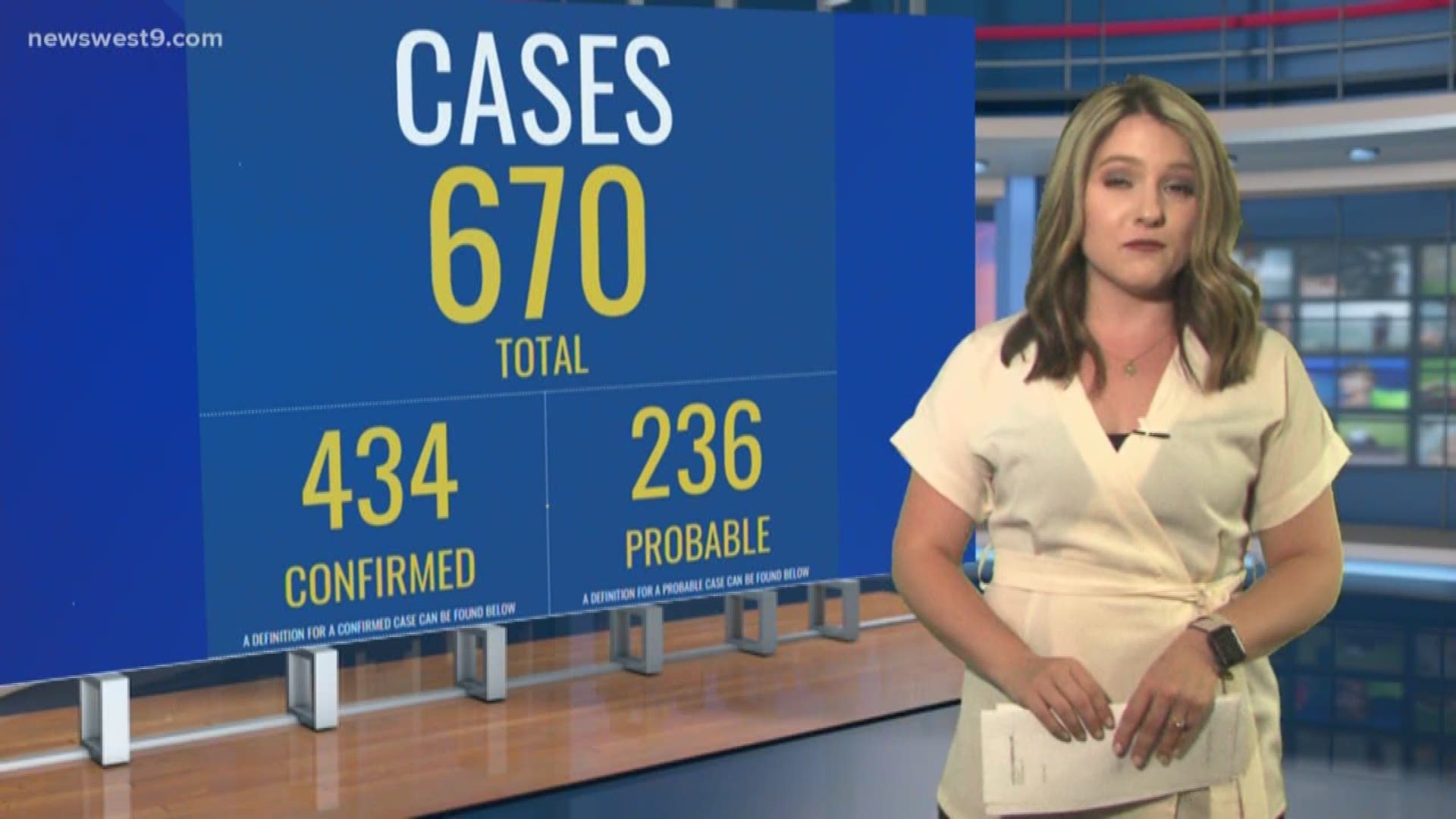 ODESSA, Texas — Today's COVID-19 update from Ector County officials is shedding new light on the total number of cases in the county.

This update is now indicating a higher number of total cases than previously thought.

Beginning June 9, however, the language in ECHD's updates changed to include a category of "probable" cases, and a separate category for "confirmed" cases.

Through today, NewsWest 9 reported the total number of "confirmed" cases.

But in details released in today's update from ECHD, the number of "confirmed" cases does not include the rapid result tests that are being done at private labs.

Instead, those test results are being included in the "probable" category.

"There has definitely been some confusion on what that means," Dr. Rohith Saravanan with Odessa Regional Medical Center stated during Wednesday's press conference.

The Department of State Health Services has several definitions of what a "probable" case means. According to the state, a probable case is a case that:

- Using a method approved or authorized by the FDA or designated authority, meets presumptive laboratory evidence of of detection of specific antigen in a clinical specimen or detection of a specific antibody in serum, plasma, or whole blood indicative of a new or recent infection, and meets either clinical criteria or epidemiologic linkage criteria.

NewsWest 9 confirmed this information with County Commissioner Eddy Shelton, who said in reference to these "probable" cases, "Those would all get listed as probable, and they would not get listed as confirmed."

"All of the antigen tests and the Abbott tests we're using in the hospital are all listed as probable and would not get listed as confirmed, but none the less, they are positive," Dr. Saravanan said.

Dr. Saravanan said the accuracy rate of the antigen test is 100-percent compared to the PCR (laboratory confirmed) test that other labs are performing that take several days to process.

"A positive antigen test is just as good as a PCR test," Dr. Saravanan said. "You know, people could look at that probable word and think maybe you have it, maybe you don't. By definition, these cases are positive test results."

He even called for more consistency from the county when reporting new case numbers.

"When we share numbers out to the public, let's all be consistent and instead of calling it confirmed and probable, let's just call them positive cases," Dr. Saravanan said.

Including these rapid tests results to the total would put Ector County's case total at 670, and the number of active cases at 402.