Medicare gave the Lodge one star out of a possible five stars for health inspections, rating it “much below average." 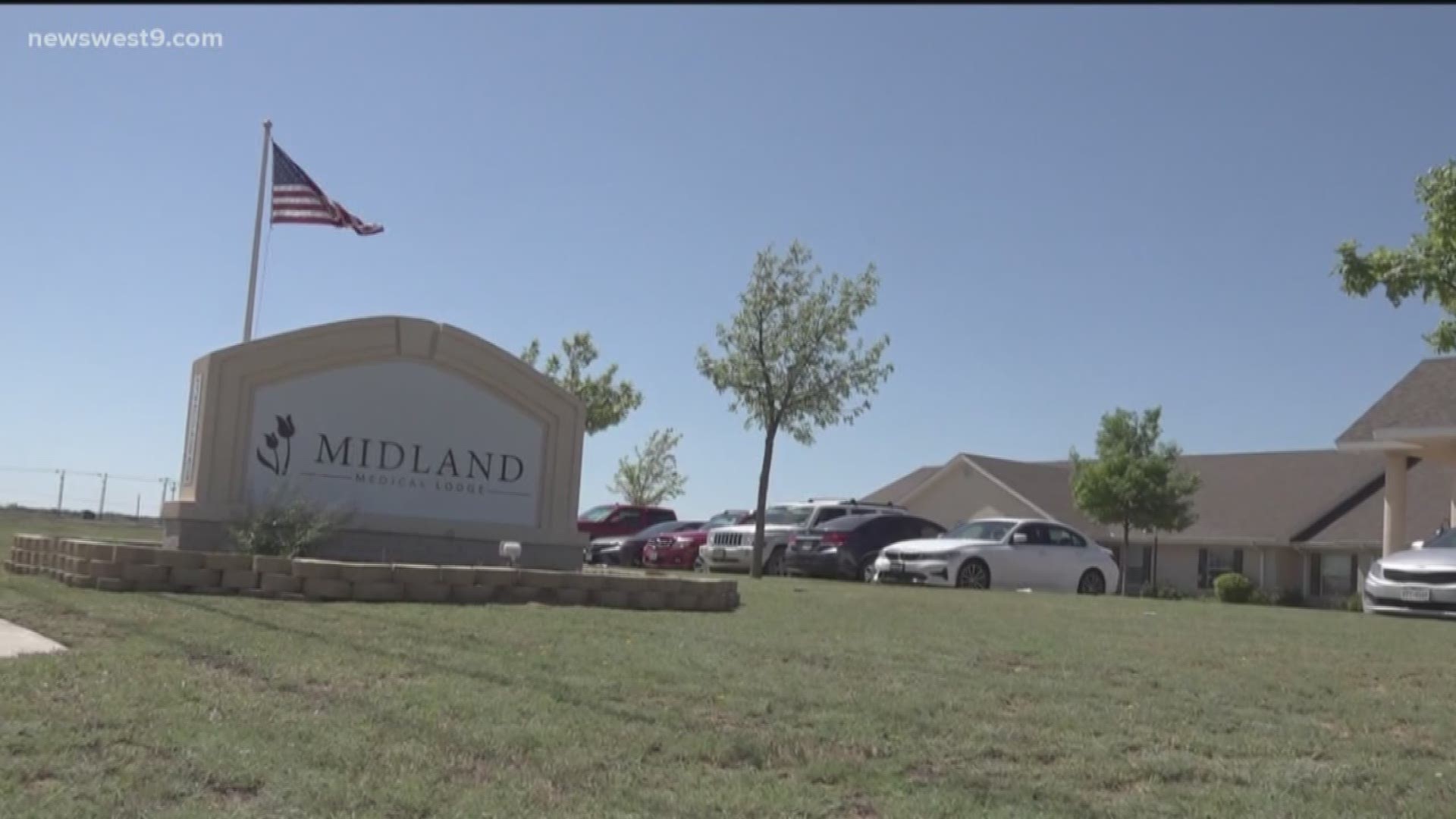 MIDLAND, Texas — Since April 3, the Lodge has had 15 staff members and 24 residents test positive for the virus.

Three of the residents have died from COVID-19 complications.

But what was the Lodge like before the outbreak? According to state and federal health inspections, not great.

One citation even foreshadowing the outbreak we are seeing now.

Recently, Midland Medical Lodge has been in the spotlight for all the wrong reasons.

The nursing home alone accounts for just under half of the COVID-19 cases in Midland County.

About 6 months ago, before the virus, the Lodge was cited for not maintaining an infection control program, meaning there was no plan in place for preventing and stopping the transmission of infections.

“Based on observation, interview and record review the facility failed to maintain an infection control program designed to help prevent the development and transmission of infections" the report states. “This failure could affect residents by placing them at an increased and unnecessary risk of exposure to communicable diseases and infections.”

Medicare gave Midland Medical Lodge one star out of a possible five stars for health inspections, rating it “much below average.

The rating is based on the number of citations a nursing home has received over the last three years.

The facility has had 13 health citations, while the state average is only 6.9.

State records show the facility’s most recent inspection was done in January of 2019.

According to the Health and Human Services website,two of the January violations stem from an incident involving a nursing aide removing a resident’s oxygen tube and forgetting to put it back.

The resident’s oxygen levels fell to 84 percent before a family member realized the tube was not in the resident’s nose.

NewsWest 9 has repeatedly tried to reach out to Midland Medical Lodge administrators and owners for comment on the citations and COVID-19 outbreak, and how they are handling the outbreak, but they have not returned our requests for comment.

The only person who’s commented on the situation is Midland Memorial Hospital CEO Russell Meyers, who helped test everyone at the Lodge. This is what he had to say:

“If we’d identified the potential for an outbreak sooner, than we would have tested sooner, whether it would have made a difference in the outcome it’s hard to say.”

The hospital is still waiting on a handful of testing results to come back from the Lodge.

That means we could see more than the current 39 positive COVID-19 cases come from there.