Mayor Adler said there are about 25 COVID-19 clusters in the Austin area as of Monday, May 18. 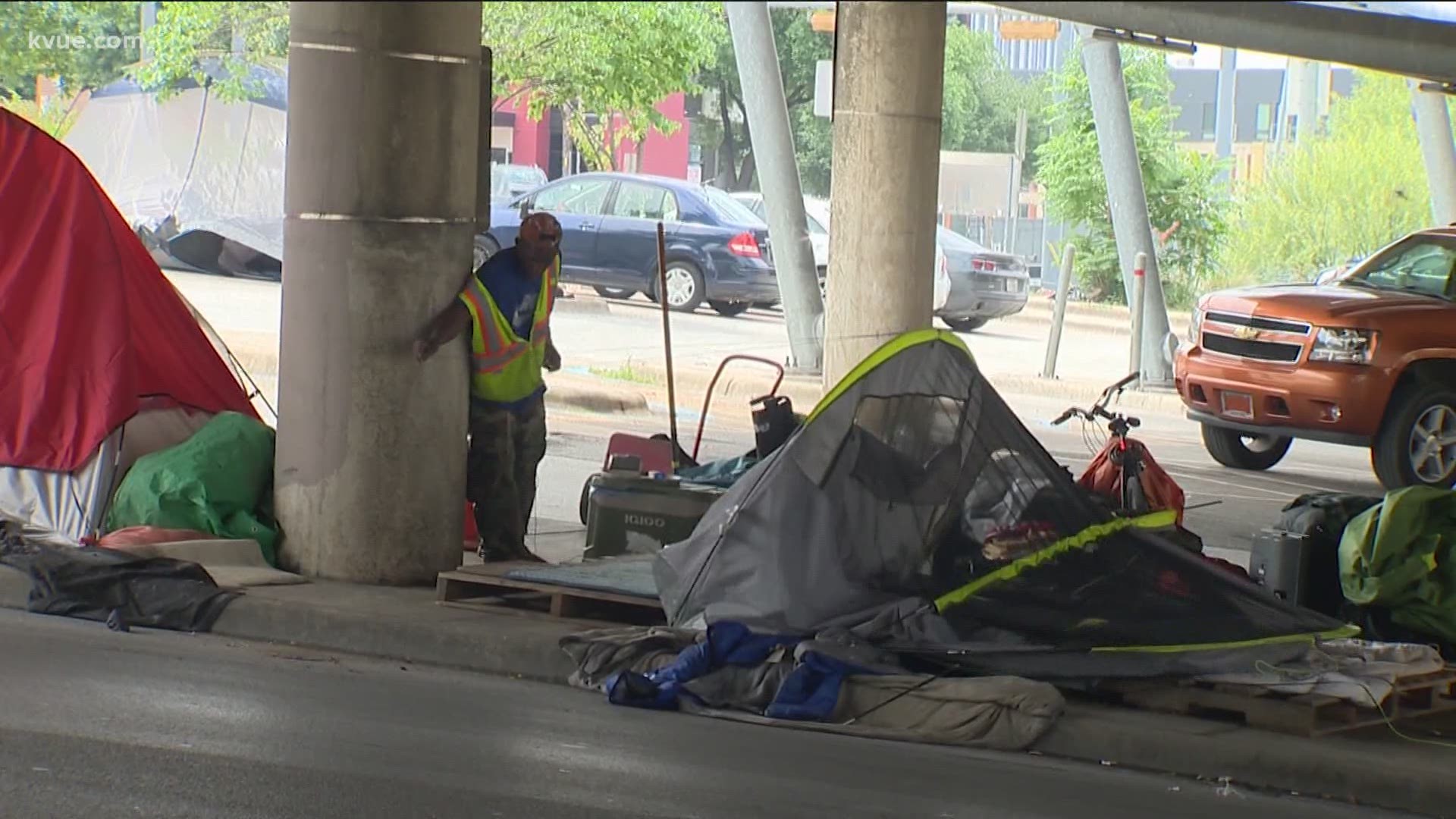 AUSTIN, Texas — Mayor Steve Adler joined KVUE Daybreak on Monday, May 18, to discuss the latest COVID-19 updates, including what the City is doing to help those experiencing homelessness in the Austin area.

Photos of more homeless camps in the Austin area have surfaced online amid the coronavirus pandemic. Some are concerned that the homeless problem in Austin is getting worse.

RELATED: Have you noticed more homeless camps in Austin? You're not the only one

KVUE asked Mayor Adler what the City's plan of action is in response to the homeless situation.

"Folks experiencing homelessness is one of the biggest challenges that you have during something like this virus because it's a very vulnerable population, and in many places, it's one of the causes of spread throughout cities," Adler said. "We moved early and pretty aggressively in finding, obtaining and leasing isolation facilities so we could take members of this community, and enable them to isolate to be protected."

The mayor mentioned the COVID-19 cases that happened at the Salvation Army, adding health care workers were able to test everyone there and isolate those who had the virus.

Mayor Adler said the City is going to vote on a resolution in the coming week that would acquire another motel to house the homeless during this period of time.

"It's something we can use during this virus, but on the backside of the virus, I recall this is the challenge we've had for years and certainly before the virus. So, we'll be able to add that to the other motels that have been obtained by the city," Adler told KVUE.

The mayor also talked to KVUE's Bryan Mays about COVID-19 clusters in the Austin area.

RELATED: COVID-19 clusters in Austin: How the city is handling them

"It's a combination where three or more people have got infected that we can trace it to that kind of grouping, but it might not be a geographic area," Adler explained. "It could be people that were together at the same event or it could have been that they worked together. So it's not necessarily a geographic area like a neighborhood. Usually, it's somebody that might have the virus and then come home and then give it to their family, and that would then form a cluster. "

Mayor Adler said there are about 25 COVID-19 clusters in the Austin area as of Monday, May 18.

Gyms reopen on Monday, but will look a little different