It could be up to two weeks before you see start to see the effects of people wearing masks because of the virus's incubation period. 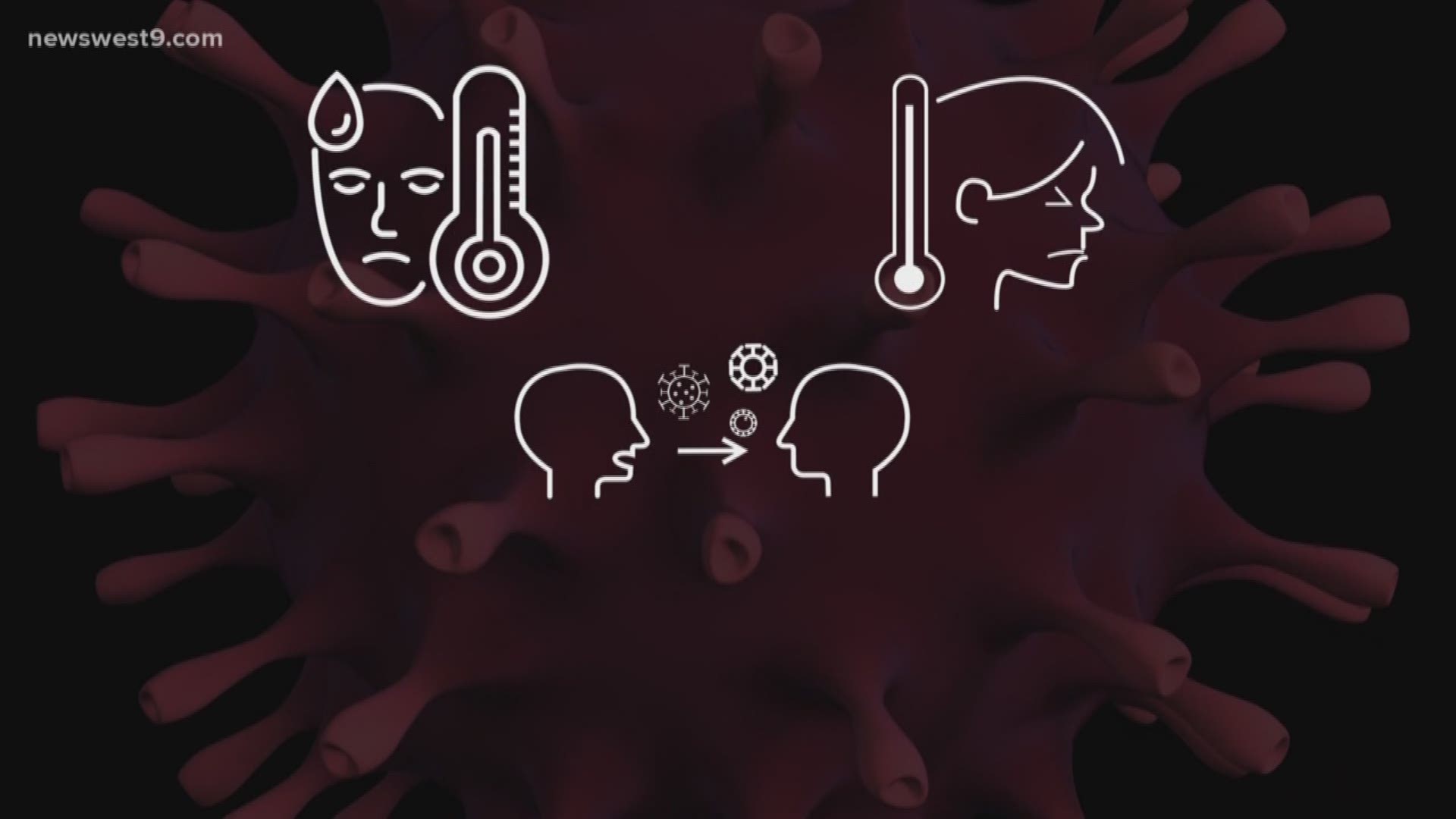 ODESSA, Texas — There's no question Sunday's record number of hospitalizations across Texas is reason to be concerned, but at least one medical professional in Odessa believes our local situation could improve soon thanks to the Governor's mask mandate.

"Once this mask mandate kicks in and people start to see that this is something that they could really do to help their fellow citizens in their community then you will start to see a decrease," said Dr. Rohith Saravanan, Chief Medical Officer at Odessa Regional Medical Center.

Because of the way the virus takes time to attack the body, there will be a delay between now that the order is in place and when the effects of wearing masks are actually seen in the numbers.

"People are going to start wearing masks but the effect of those you're not going to see for about a week or two weeks because of the incubation period. It could be up to 14 days so things that are showing up to the hospital now could be people who got infected 14 days ago," said Saravanan.

Over the last two months, holiday weekends meant two weeks later hospitals would see a rise in COVID-19 cases but Dr. Saravanan thinks the mandate came just in time to prevent that spike.

For the next week or two, he predicts that hospitals will still see a high volume of COVID-19 cases.

Does wearing a mask pose any health risks?