Here's what Shanghai Disneyland looks like as it reopens

Most people appeared to wear masks, and there were few crowds. That's all part of the plan to limit the spread of COVID-19 coronavirus. 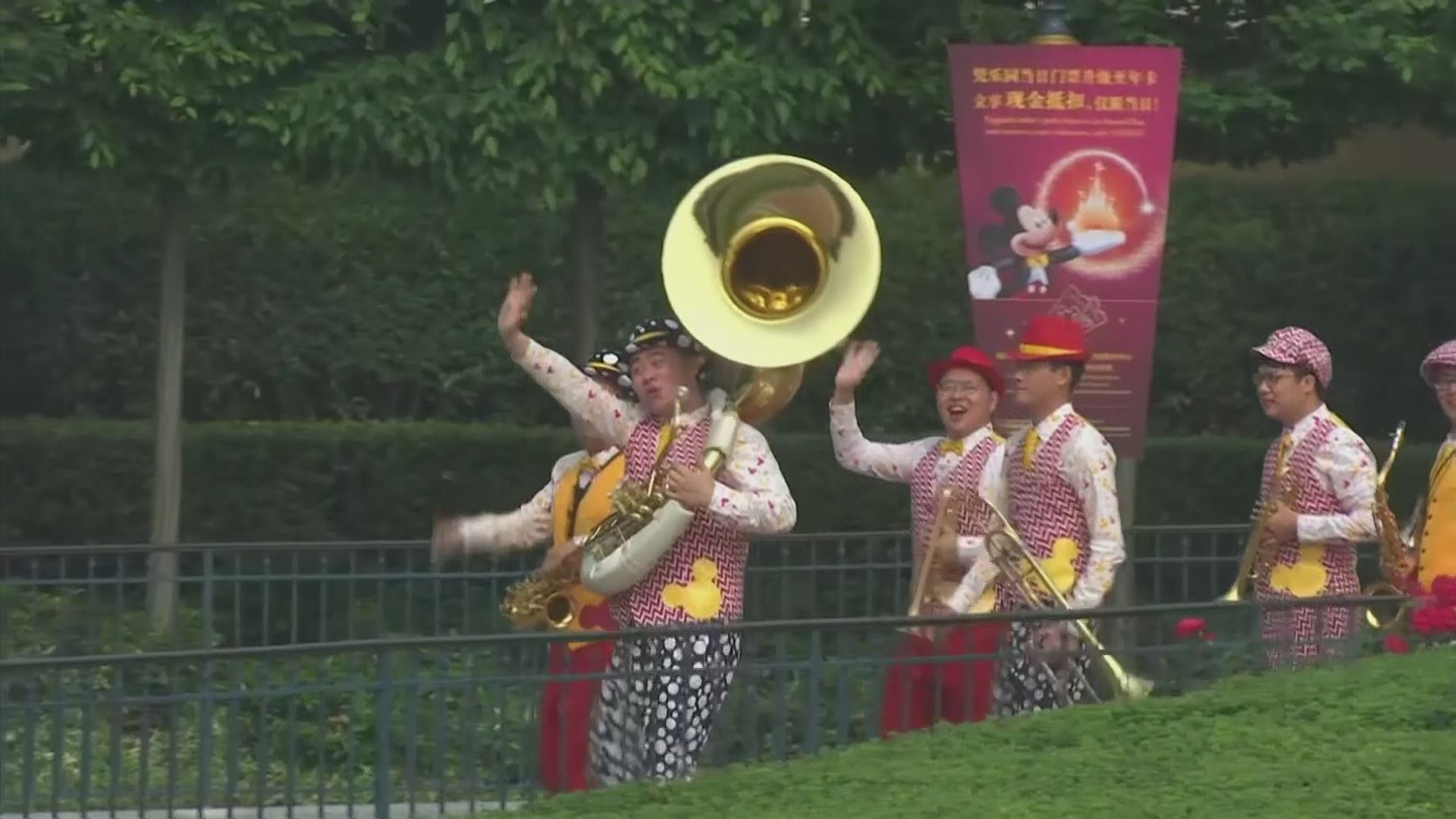 SHANGHAI, China — While a little bit of Disney magic has returned to China, there remains no set date as to when the company's parks will reopen in the U.S. because of ongoing COVID-19 coronavirus concerns.

Shanghai Disneyland Resort resumed operations Monday, May 11, to pent up demand, Forbes reports. Disney and its travel partners had tickets on sale early Friday and are sold out for most of the following week.

A live stream at the park showed most guests wearing masks and almost no crowds -- something that was commonplace at all Disney parks prior to the outbreak.

But that's by design: Fewer than 24,000 guests will be allowed in, down from about 80,000 during a typical day, Disney CEO Bob Chapek relayed on a call with investors last week.

The company said Shanghai and its neighboring provinces in China have returned to normal life as people return to work, school and retail destinations.

Disneyland Shanghai has become a part of that return to normalcy but not without additional screening measures. Guests reportedly have to have their temperature taken upon arrival, and there will be plenty of hand sanitizer throughout the park.

The number of guests entering the park will remain limited, and all of them have to buy tickets for a selected date only.

China began reopening its economy weeks ago as the number of coronavirus cases greatly slowed. A day before Shanghai Disneyland reopened, however, Reuters reports the country reported 17 new COVID-19 cases -- the highest daily increase since April 28.

Seven of those are considered "imported" cases involving overseas travelers while five were reported in Wuhan, where the outbreak first began, Reuters said.

No one knows when Disney's U.S.-based parks, or those from other companies like Universal, for that matter, will reopen. Florida’s Disney World and Universal Orlando, along with Disneyland and Universal Studios Hollywood in Southern California, have been closed since mid-March.

One analyst predicted the theme parks might not reopen until 2021, and the company has not responded to that projection. Still, the Orange County Economic Recovery Task Force is working on an outline to open businesses and theme parks in the Orlando area.

RELATED: Disney Springs to reopen May 20