From adoptions to drop-offs, animal shelters seeing the highs and lows of the pandemic

The Animal Humane Society can't keep pace with demand for pets, and that's just one way the pandemic has impacted its mission. 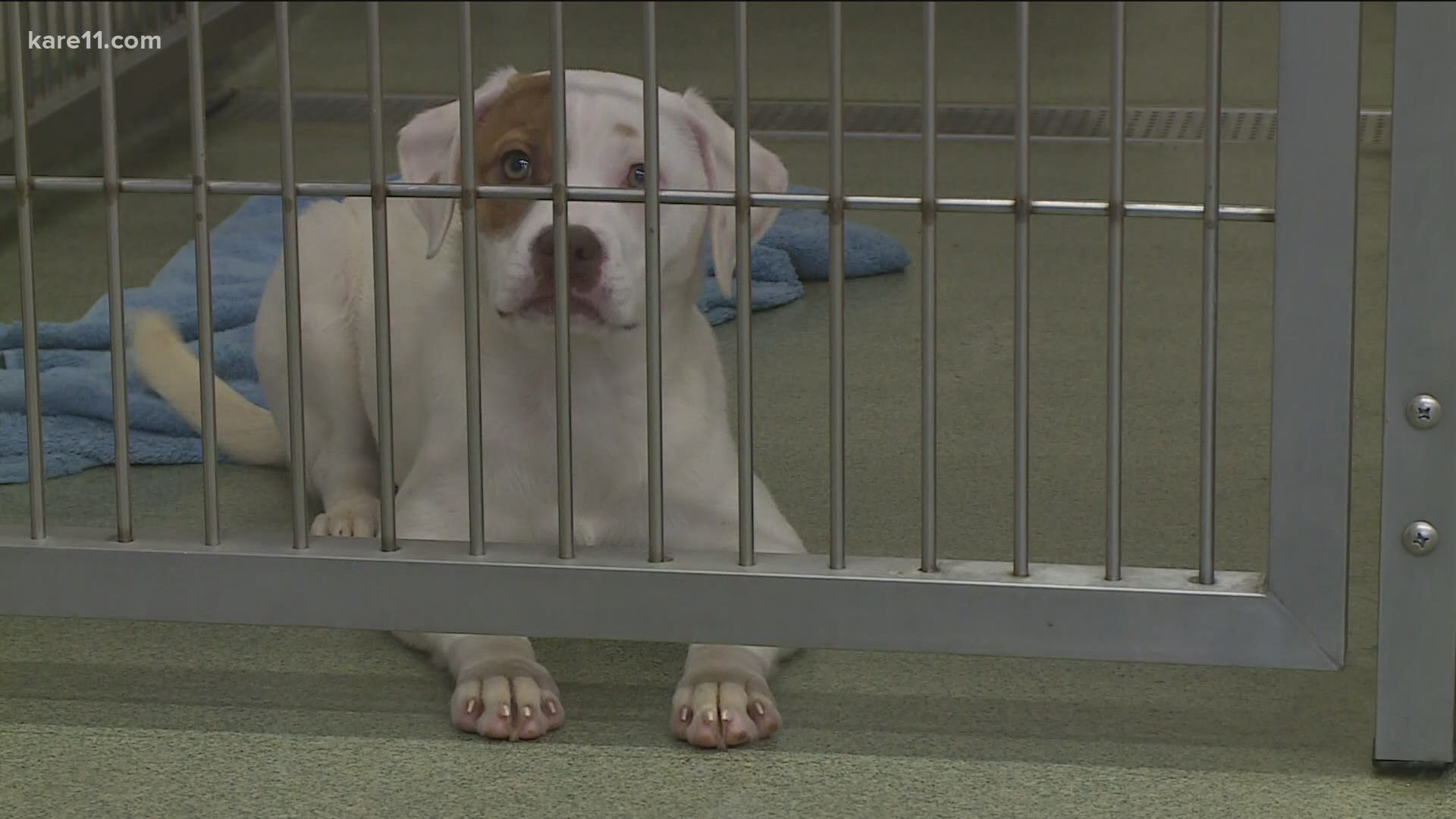 COON RAPIDS, Minn. — Tuesday afternoon at the Coon Rapids Animal Humane Society brought a familiar, good problem. Despite several adoption appointments left in the afternoon, the number of dogs available had already dwindled from six to three, and the shelter was down to its last cat looking for a home.

"We've been extremely busy and the people wanting to come in far outpace the number of animals we actually have," said Coon Rapids shelter manager Astrid Kammueller. "Throughout our three sites, we have about 62 appointments a day, for adoptions, and they fill up. If somebody cancels it fills back in again."

As the pandemic began back in March, the Animal Humane Society was wondering whether it would be able to find enough homes willing to take in a pet and clear the metro shelters in time for a statewide shutdown.

But by the time the facilities began to reopen in May and June, demand had flipped, and Kammueller says its taught them a lot about how the pandemic has impacted people.

She says they've seen a big influx of older, first time pet owners, along with those who have had to stay home due to health concerns.

"People are feeling a lot of loneliness right now," she said. "Having a pet at home to talk with, to interact with, is something that people find so comforting right now. For children, who also are not in school ... they can get some emotional support from those animals as well. It's like their friends."

And this year, more of those friends have been cats.

"A lot of dogs adopted in Minnesota come up from the south," Kammueller said. "Due to COVID, we couldn't do those transports for a number of months. But we've had people coming in looking for dogs that have decided a cat would be fantastic."

Kammueller says that has translated into more than 3,000 cat adoptions since the pandemic began, compared to just 1,200 dog adoptions.

Kent Erdahl: "So would you say cats are the unsung heroes of the pandemic?"

Kammueller: "Being a cat person, cat's are definitely the unsung heroes. They are aloof, they have that rep, but they offer a lot of companionship because all they want to do is snuggle up usually and find a nice, warm place. A lap is perfect."

But because of this imperfect year, it's also important to remember that many of the heartwarming homecomings now began with heartbreaking drop-offs.

"They are in a situation where they maybe can't keep that animal and they know the best thing for it is to find it another home," Kammueller said. "You see it every day, but I look at it as love on both sides."

Love that no one is taking for granted in 2020.