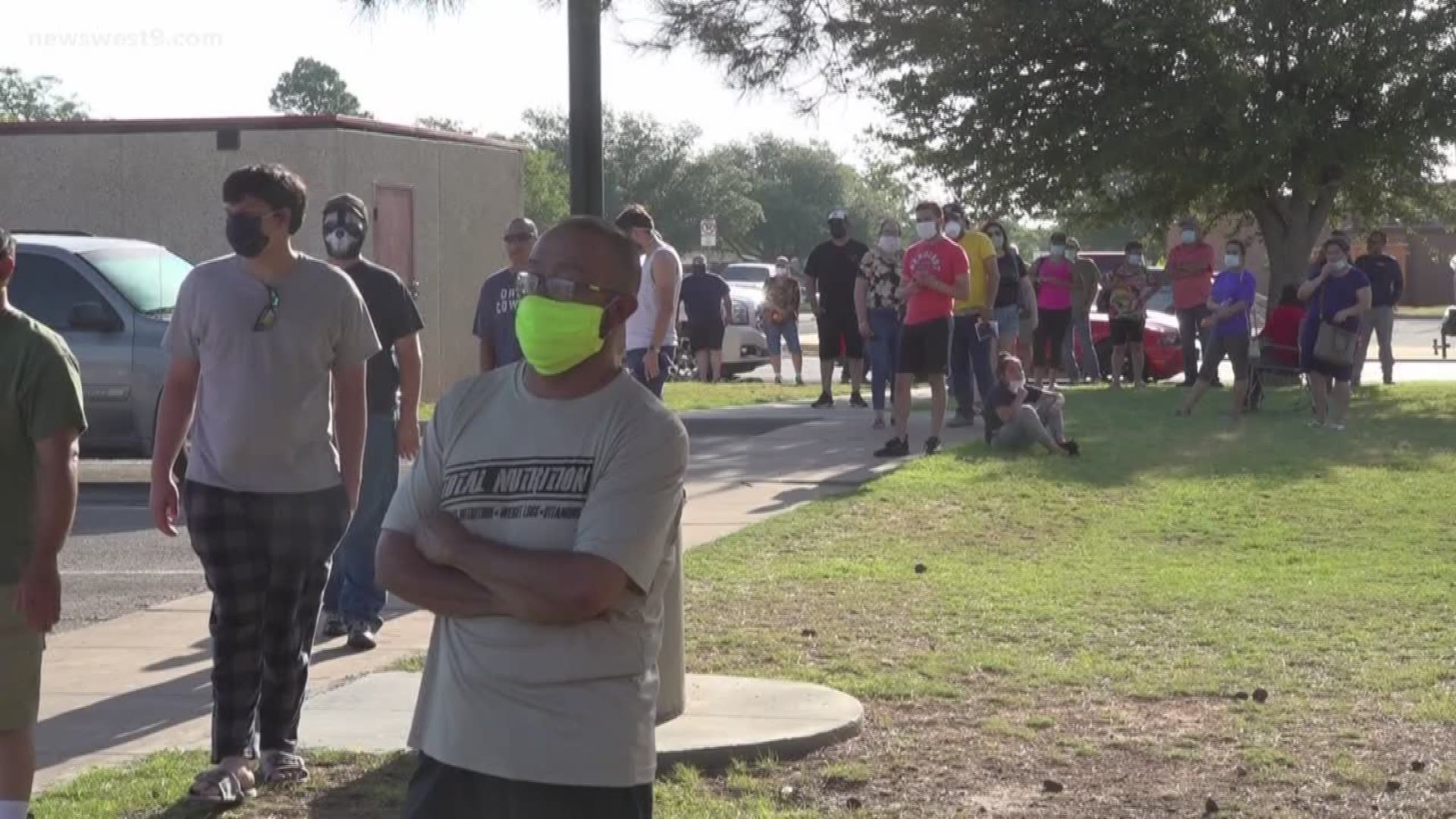 The city set out to test 200 people on a first come first served basis.

The event brought out hundreds of people, some coming several hours early to reserve their place in line.

The test offered was a swab test that produces results in 5-10 days.

City officials say any resident of Ector county was welcome to come today and to any of their future testing events.

A photo ID with proof of residency in Ector county is all that is required for the test.

Though, officials asked members of the public who have no reason to believe they've been exposed to COVID-19 to save the tests for those who really need it.

If you weren't able to be tested at Sherwood Park, more testing is available at Woodson Park beginning at 11 a.m. on Thursday, July 2.

This round of testing will also be first come, first served.