Claudia Monclova had spent the last three weeks at ORMC and was finally discharged at 7 p.m. on April 14. 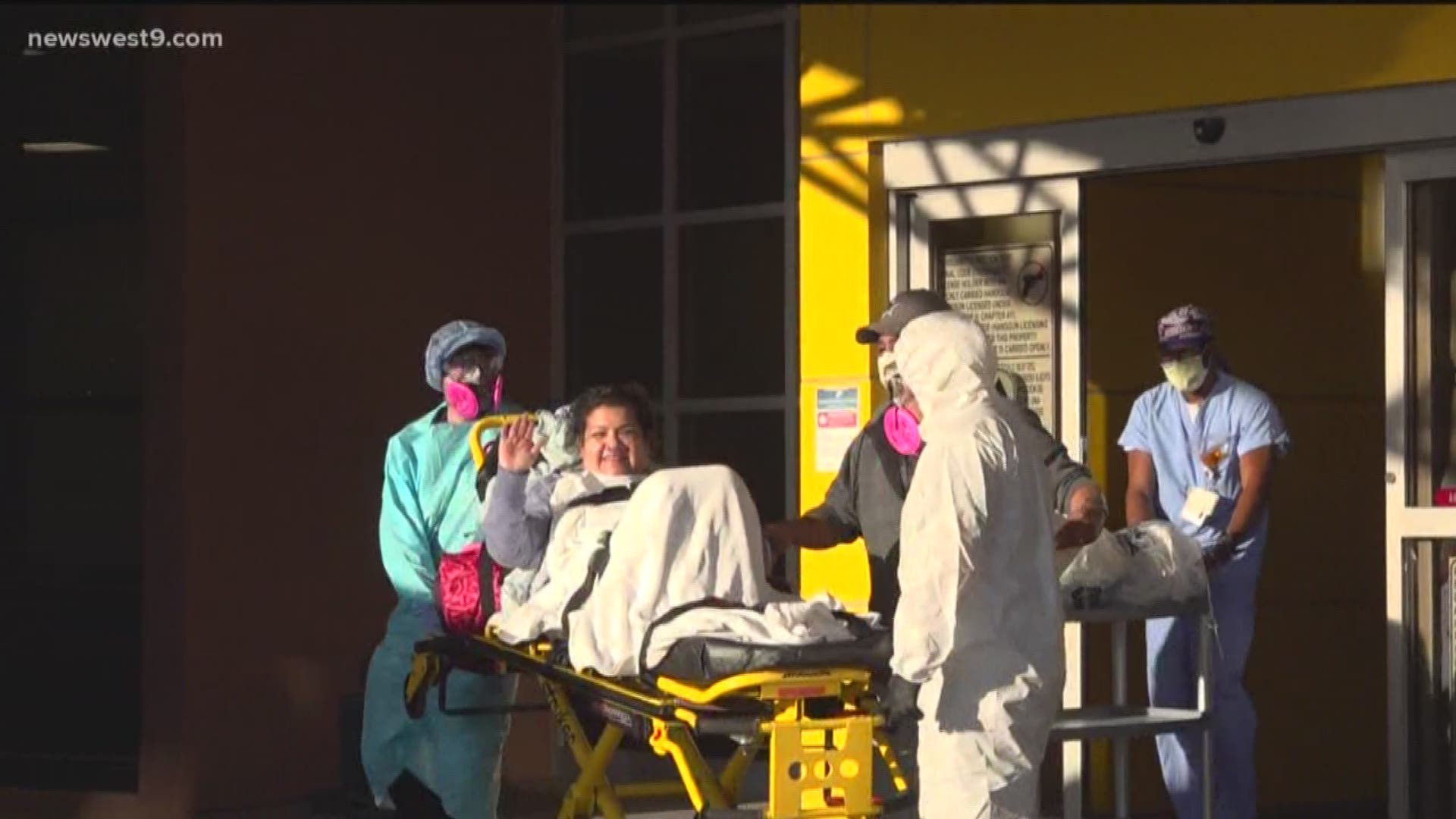 ODESSA, Texas — Claudia Monclova was first aware that she wasn't feeling well back in early February.

At first, it was the flu, but she ended being diagnosed with COVID-19, the first patient in Ector County.

When Claudia was taken to Odessa Regional Medical Center, her husband, Henry Monclova wasn't able to talk to her for two weeks. When he was finally able to see her and talk to her over FaceTime, he said these three simple words:

"I missed you," Henry said.

And even though Henry didn't have Claudia at home with him, he still had his friends and his church.

"It’s been lonely, it has. Missed her around the house, but I have my Pastor Larry here with me and the whole church family. They have been helping me a lot just comforted me, and just talking with me, and making sure I’m okay," Henry said.

As for Claudia, even though she spent three weeks at ORMC, she doesn't remember much.

"To be honest with you, she doesn’t remember much from what’s going on at the hospital. The last thing she remembered was that I brought her to the hospital, and that was her last memory," Henry said.

And it was that first week that Claudia was in the hospital that was the hardest for Henry to deal with.

"During the whole time, it was a lot of mental thinking. During the first week, I was thinking many negatives, of the "what if’s", and I had a lot of encouragement from the pastor in the church. And friends and family just uplifted me to think positive, think positive," Henry said.

When Henry finally heard that his wife received two negative test results, he described that feeling like just an explosion of relief and excitement.

Claudia was discharged Tuesday, April 14 at 7 p.m., and is now back home with Henry.

RELATED: At least 14 people have recovered from COVID-19 in the Permian Basin