COVID-19 recoveries across the Permian Basin

Cases of COVID-19 are still popping up in the Permian Basin, but many patients are now being considered fully recovered. 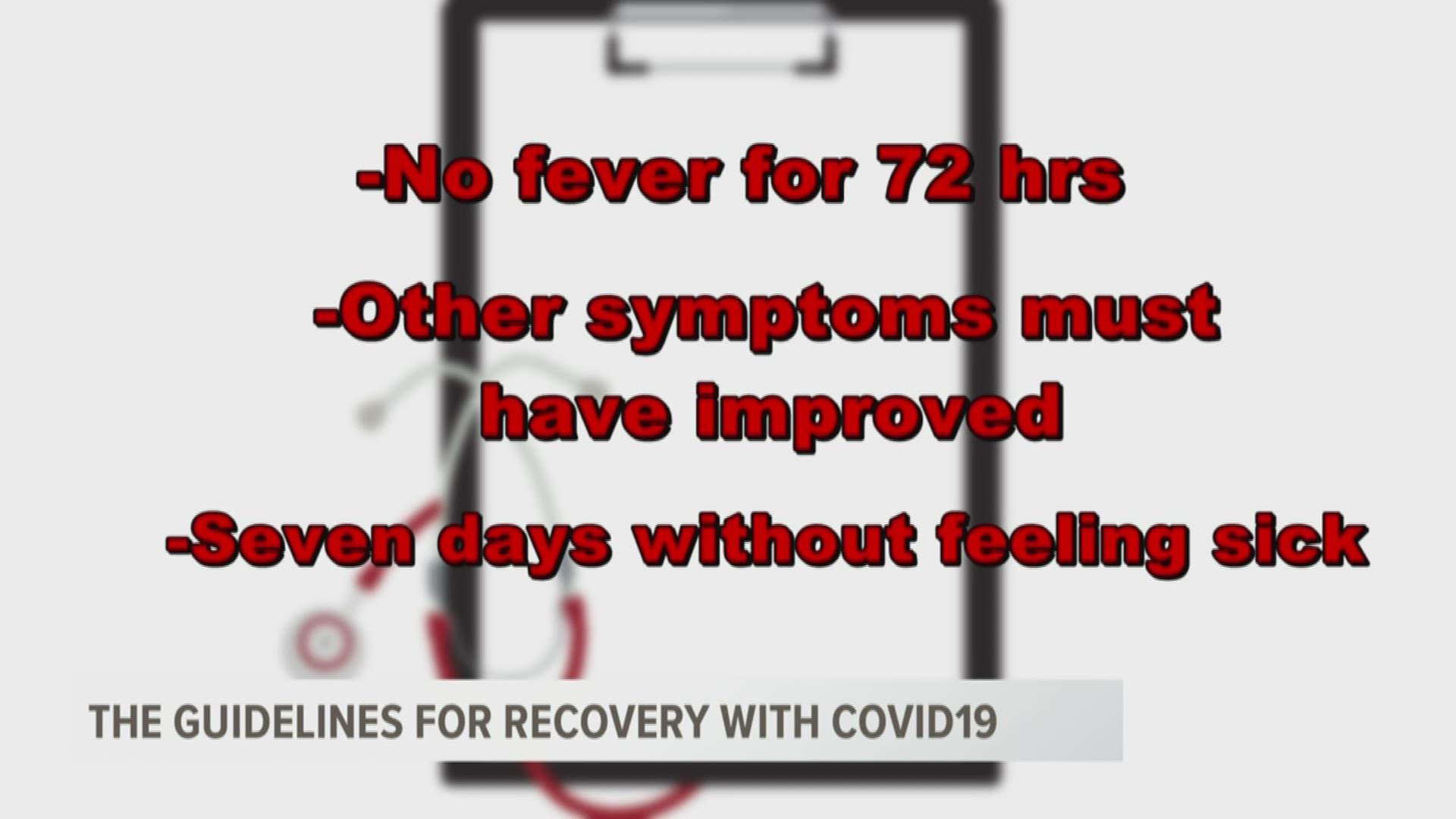 TEXAS, USA — (Editor's note: The video attached to this story comes from a NewsWest 9 sister station.)

Although cases of COVID-19 are still popping up in the Permian Basin, it is important to keep in mind that people are recovering from the virus.

As of April 10, there have been five deaths: one each in Midland, Ector, Howard and Dawson Counties in Texas and one in Eddy County, New Mexico.

In order to be considered fully recovered based on CDC guidelines, patients must meet the following requirements:

In Ector County, the number of cases now sits at 40, but 15 people have already fully recovered from the virus.

Gaines County has only seen one case so far, but that patient has thankfully achieved a full recovery.

None of the other counties who have cases listed have updated with recovery numbers, but the number of cases popping up does seem to be slowing down across the Permian Basin.

To see a full list of cases of COVID-19 in the Permian Basin, you can click here.