In the tweet, Ginn also called for ending "universal mandates" and checking "those from Mexico." 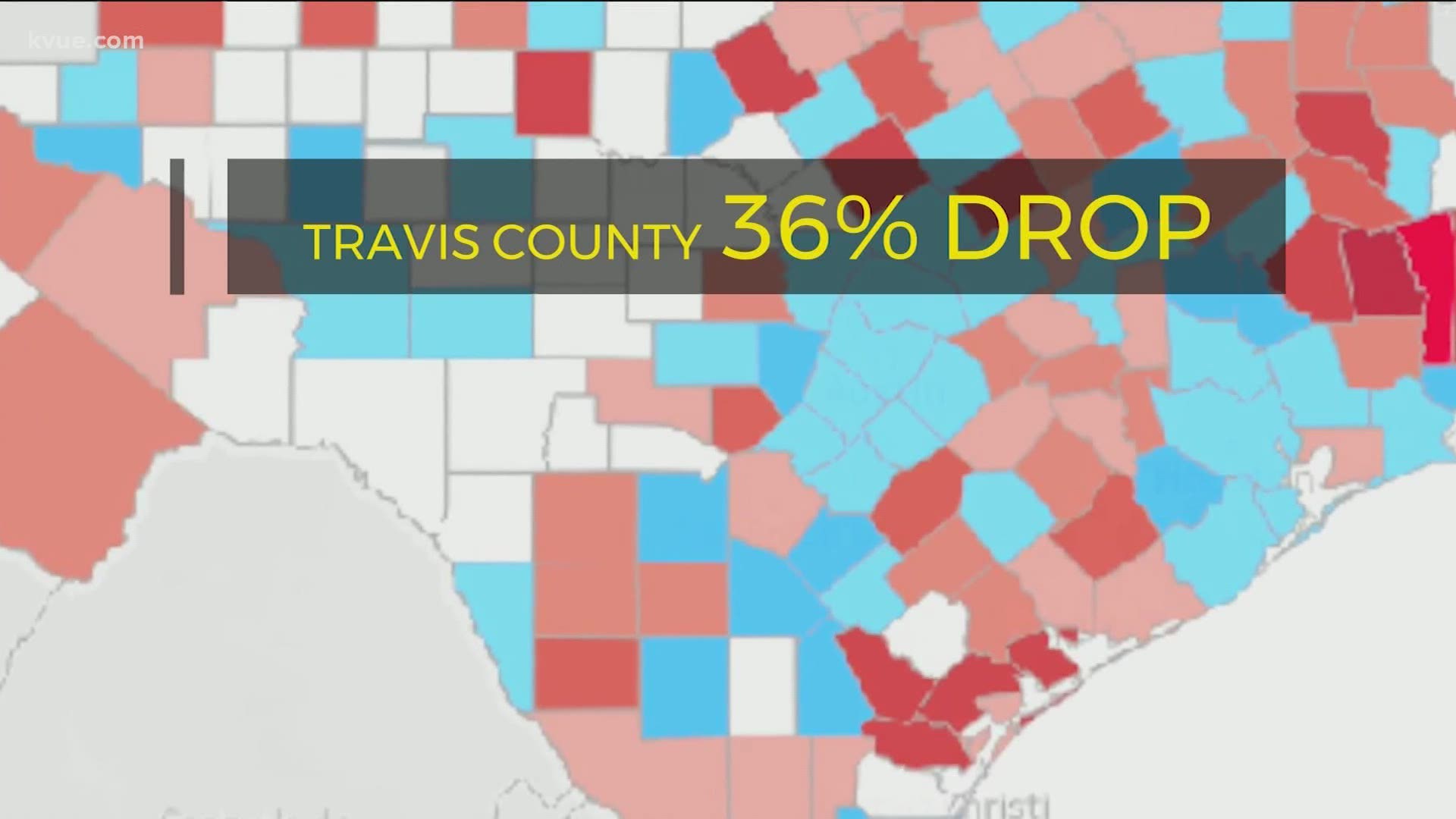 AUSTIN, Texas — The chief economist for a Texas think tank is under fire for posting a racist, now-deleted tweet which said that, because the elderly and Hispanic population make up a large portion of the coronavirus deaths, those populations should be targeted and schools should reopen.

New data from the Texas Department of State Health Services show that Hispanics represent just over 47% of COVID-19 deaths in Texas, and Texans younger than 40 made up about 3% of total deaths.

After the release of that data, Vance Ginn, the chief economist at the Texas Public Policy Foundation think tank, posted a now-deleted tweet. According to the Texas Tribune, Ginn tweeted that, given the seven-day average of COVID-19 deaths peaked on July 14, "mostly elderly & Hispanics dying" and "very few kids die," "Why not #openschools, end universal mandates, target vulnerable & check those from #Mexico?"

Alongside the question, he tweeted a GIF of Prince Harry of Wales miming a mic drop, Texas Tribune reported.

In an interview with the Texas Tribune, Ginn said that the intention of the tweet was to outline the demographics of COVID-19 deaths and to question whether officials should combat the virus from a "targeted approach" as opposed to passing blanket policies.

On Ginn's Twitter thread, other users accused him of dismissing the virus because statistics show the pandemic affects the elderly and Hispanic population.

At around 5:38 p.m. Tuesday, Ginn tweeted that he removed the tweet.

"I removed the previous tweet," he said. "I apologize for how I poorly communicated as I believe strongly based on my deep faith that every life is precious. My intent was to highlight the positive development of more data available to make better policy decisions and help the vulnerable."

"If the progressive left is really concerned about equality and respect for Hispanic Texans, they might want to join the Foundation in seeking education freedom, healthcare choice, occupational-licensing reform, and a lowered tax burden — all of which would disproportionately benefit our Hispanic neighbors and fellow citizens," the statement read in part.

“Or, to put it directly, they might want to join Dr. Vance Ginn on those things, because we know that Dr. Ginn — despite his poorly worded tweet, for which he has rightly apologized — has a heart for that equality and respect. We know it because we’ve worked with him for the better part of the past decade. We know it because no one makes it in the door as a Foundation colleague who is not committed to the values of dignity and liberty for all," Roberts' statement said.

Report: UT has had more COVID-19 cases than any other university in US

'I'm going to die': What it's like inside a federal prison in Texas where 70% have coronavirus