White House officials showed in a Friday news conference that Austin's positivity rate was the highest in the US. Texas cities were four of the top five on the list. 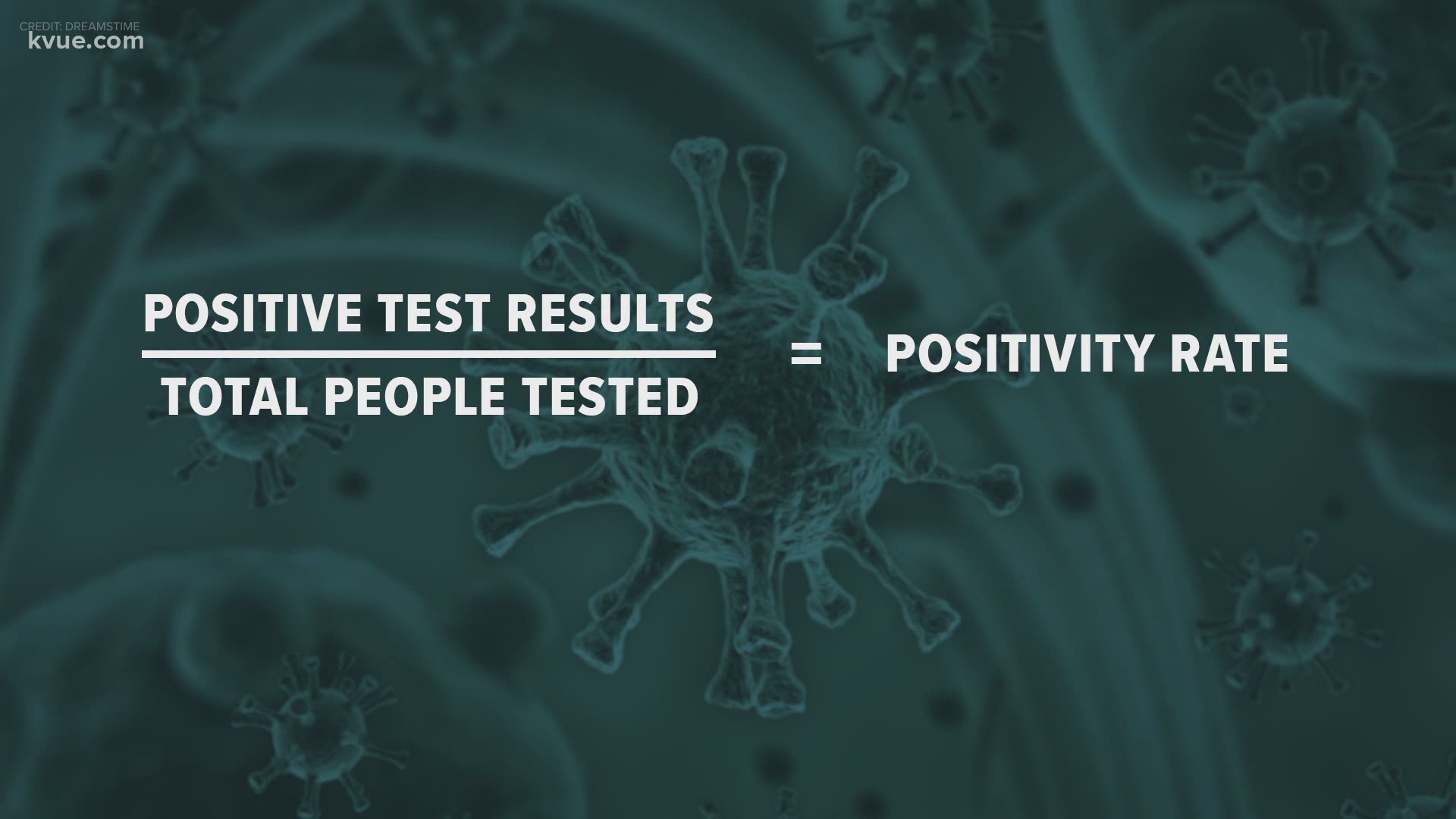 AUSTIN, Texas — In Friday's White House Coronavirus Task Force meeting, Vice President Mike Pence showed a graphic with a harrowing statistic for the city of Austin and also the state of Texas: Austin had the highest positivity rate in the nation over the previous seven days.

But what does the positivity rate represent? Why is that important?

The positivity rate is a metric which health authorities are using, where the number of positive test results is divided by the number of total tests administered, essentially giving a percentage of COVID-19 positive diagnoses.

Austin is in the midst of a record-breaking number of new cases being reported.

KVUE reported that this past Saturday, Sunday and Monday saw records broken for the number of new, daily cases of COVID-19 in Travis County, according to data from Austin Public Health. A record daily high of 728 new cases was reported Saturday, with 636 new cases reported Sunday and 508 more reported Monday. Based on a 14-day moving average, the number of virus infections has increased 230%, while testing is up 57%, based on a KVUE data analysis.

With the recent spike in cases, Austin's top health authority said at an Austin City Council meeting on June 29 that he is "at the verge" of recommending another round of "stay-home" orders.

For context, Gov. Greg Abbott's original benchmark he considered a "red flag" regarding state closures in Texas was a 10% positivity rate.

"If you were to go back earlier in the April timeframe, you would have seen that the positivity test rate was closer to 10%. In fact, sometimes over 10%," Abbott said. "If the positivity test rate is more than 10%, that's one of those red flags that we begin to look at, not if it's just a one-off day of testing more than 10% positive, but if there are multiple days that a trend line begins."

WATCH: Breaking down the data as Texas businesses open up