Ector County currently sits at 807 cases of COVID-19 with 506 confirmed and 301 probable cases. Of those 290 have recovered. 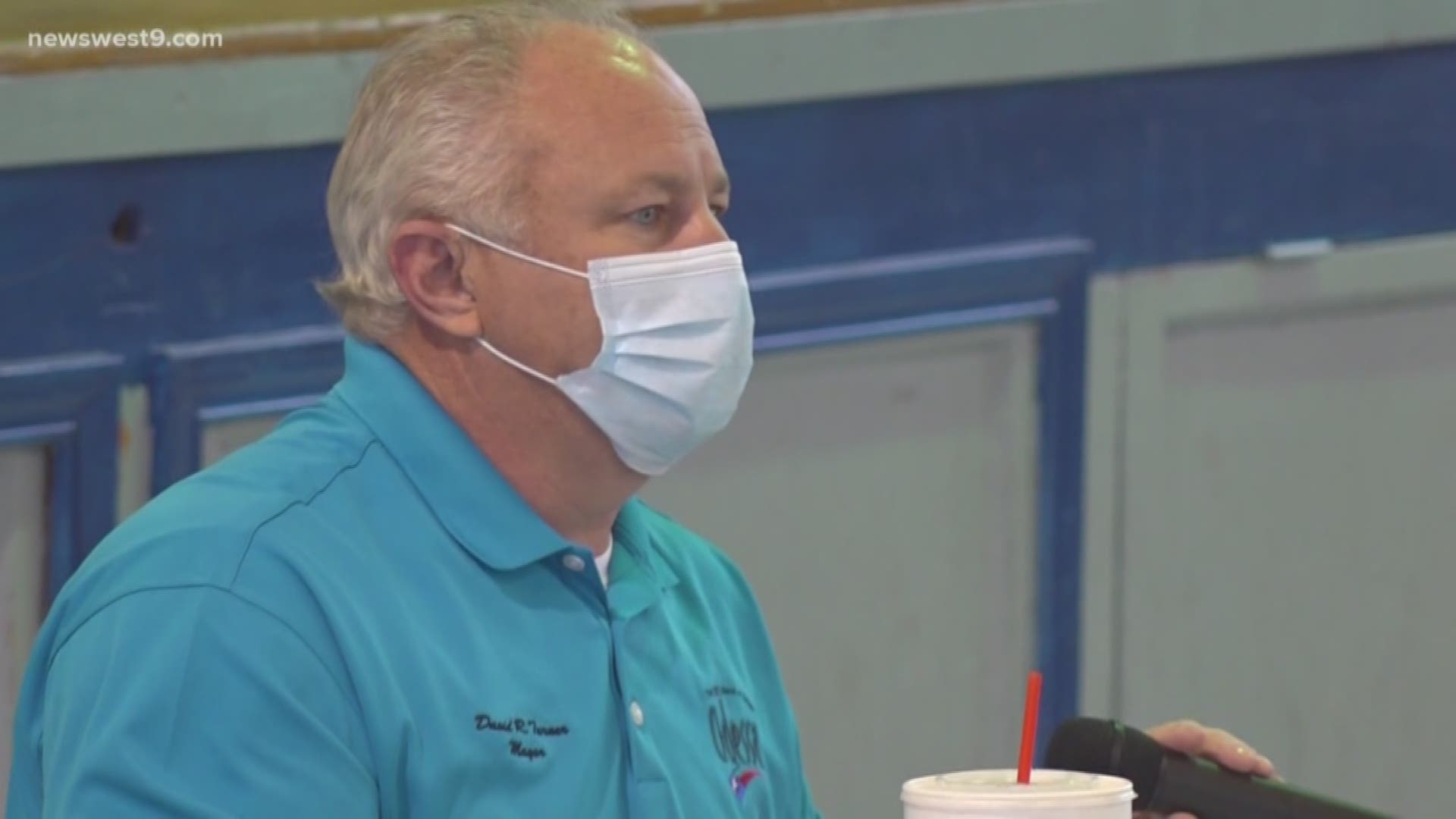 ODESSA, Texas — UPDATE: The Odessa City Council has voted against a mask ordinance.

The vote was a 6 to 1 tally against the mask mandate ordinacne.

Councilwoman Mari Willis was the only council member to vote for the mandate.

"I understand about rights, I understand about being told to do something, as an African American woman, I know how that feels, but when it comes to jeopardizing someone's health that's different," said Willis.

Though the rest of the council members voted against a mandate they deemed, impossible to enforce. Each one of them made public comment encouraging the public to keep wearing masks.

"I'm listening to the doctors, you can find whatever you want to support your argument on the internet, but doctors to me don't have agenda, and that's what they say will help curve," said Mayor David Turner.

Ector County currently sits at 807 cases of COVID-19 with 506 confirmed and 301 probable cases. Of those 290 have recovered.

The City of Odessa is considering the possibility of implementing a mask ordinance.

During the daily presser with the local hospitals, the health department and city officials, Mayor David Turner stated a possible mask ordinance is being drafted for consideration.

Odessa City Attorney Natasha Brooks is the one drafting the ordinance, but there has been no official decision made at this time.

Governor Greg Abbott initially was against mask ordinances, but later said local governments could implement an ordinance through businesses. These ordinances would require all businesses to have employees and customers wear masks.

The number of cases has gone up dramatically in the past few weeks, with Odessa and Midland reaching over 300 cases.

The Ector County Health Department mentioned they are not including all private test results in their listed positives. The rapid tests done at private doctors are  instead listed in the probable cases.

At this time, we don't know exactly how many test are actually positive. The Ector County website lists 670 probable cases. With seven deaths and 260 recoveries, the city could have as many as 403 positive cases at this time.

Only 396 cases are in the confirmed category at this time.

Additionally, none of the probable cases have had any contact tracing done as the county has its hands full dealing with those in the confirmed positive category.