Possible case of Brazilian strain of COVID-19 found in Odessa 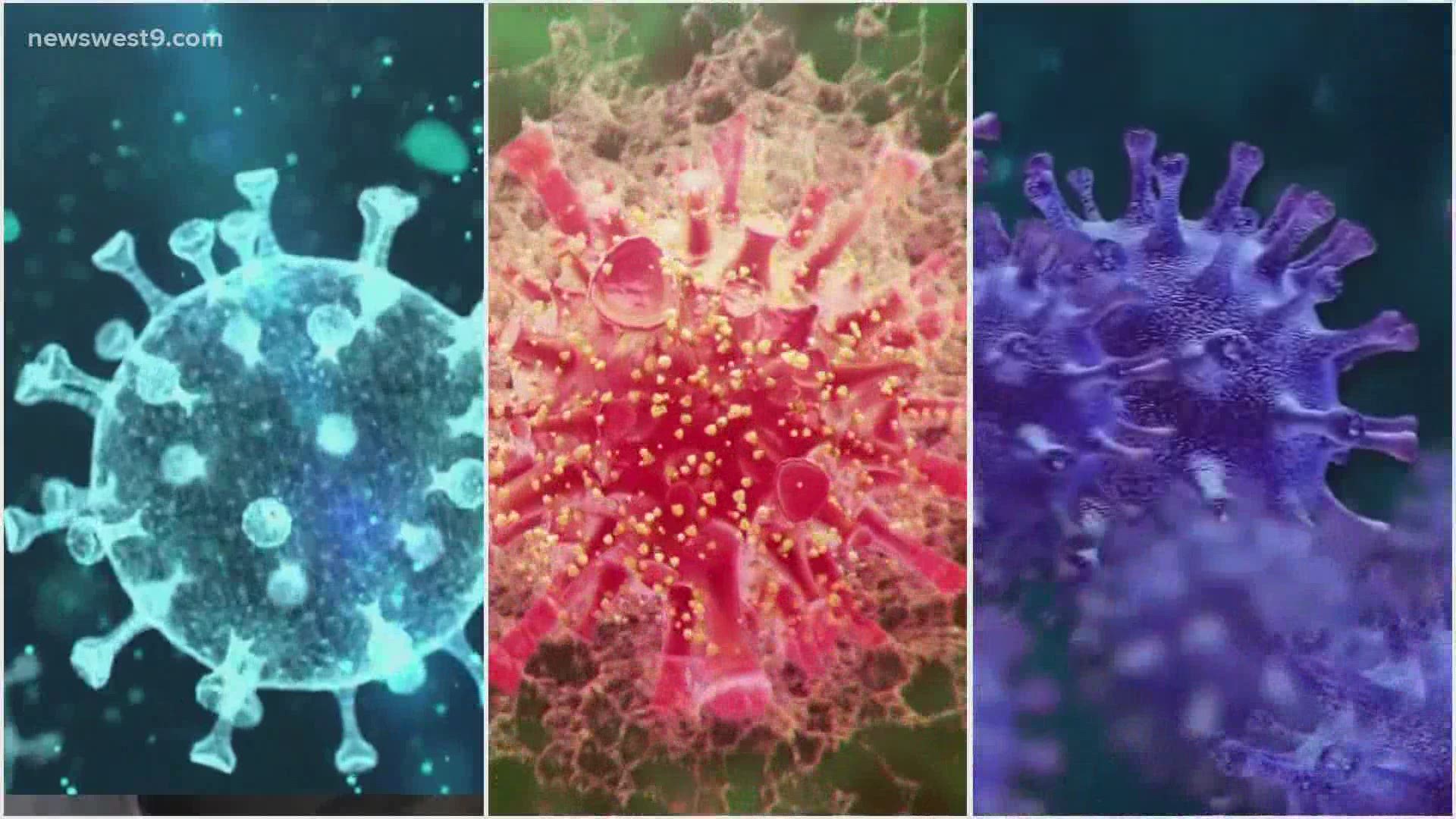 ODESSA, Texas — A new COVID-19 strain could be in our midst.

"We all know that these strains are going to be spreading out because of the rapid pace of this kind of mutation and so we are expecting to see cases of the newer strains. We've already had confirmed cases in the United States, so it's no surprise that we're going to start seeing cases in different states," Dr. Alejandra Garcia-Fernandez, critical care specialist for Medical Center Hospital said.

The hospital doesn't have any confirmed cases of COVID-19 variants yet, but one family of a patient here says he has the strain.

MCH tells us test results are still being processed to officially confirm the Brazilian strain.

As for this variant itself, Dr. Garcia-Fernandez says it's more contagious and can change its protein makeup, which is the same protein that is used in the base of vaccines like Pfizer and Moderna.

"We are expecting the virus to be smart and modify itself, so it can fight the vaccines but the reality is it hasn't achieved that point yet. The other good thing, and that's important that the community knows, is the mRNA vaccines we're using now, we have the capability of modifying them pretty quickly to adjust to new mutations of the virus," Garcia-Fernandez said.

As far as treatment in the hospital dealing with these strains, Dr. Garcia Fernandez says it's going to be the same.

In the case of the patient here at MCH, the trigger that made staff aware it could be this strain was the patient's travel history.

However, the doctor says you don't have to travel to catch the new Brazilian strain. It has the ability to mutate inside people with COVID in the same geographic area and doesn't necessarily have to come from travel.

"West Texas is in a privileged position right now. Texas in general, but West Texas in particular because the reality is we secured a large amount of vaccines, the rollout of vaccines in West Texas was truly impressive compared to the rest of Texas and other states and so I think the more people are protected with immunity from the vaccine plus the people that got sick and got immunity from getting sick, it's going to be a huge advantage for us as a community in seeing less and less cases of resistant variants," Garcia-Fernandez said.

The doctor says the best preventative measures for this strain are getting vaccinated, washing your hands, social distancing and wearing a mask.

Medical Center Hospital didn't give us a date or timeline of when they'll know for sure if this patient has the Brazilian strain of COVID-19, but we will continue to follow this story as it develops.

As of now, Midland Memorial Hospital also says they don't have any confirmed cases of this Brazilian strain.