Staff at bike shops around the city say they're seeing more and more people looking to buy bikes. 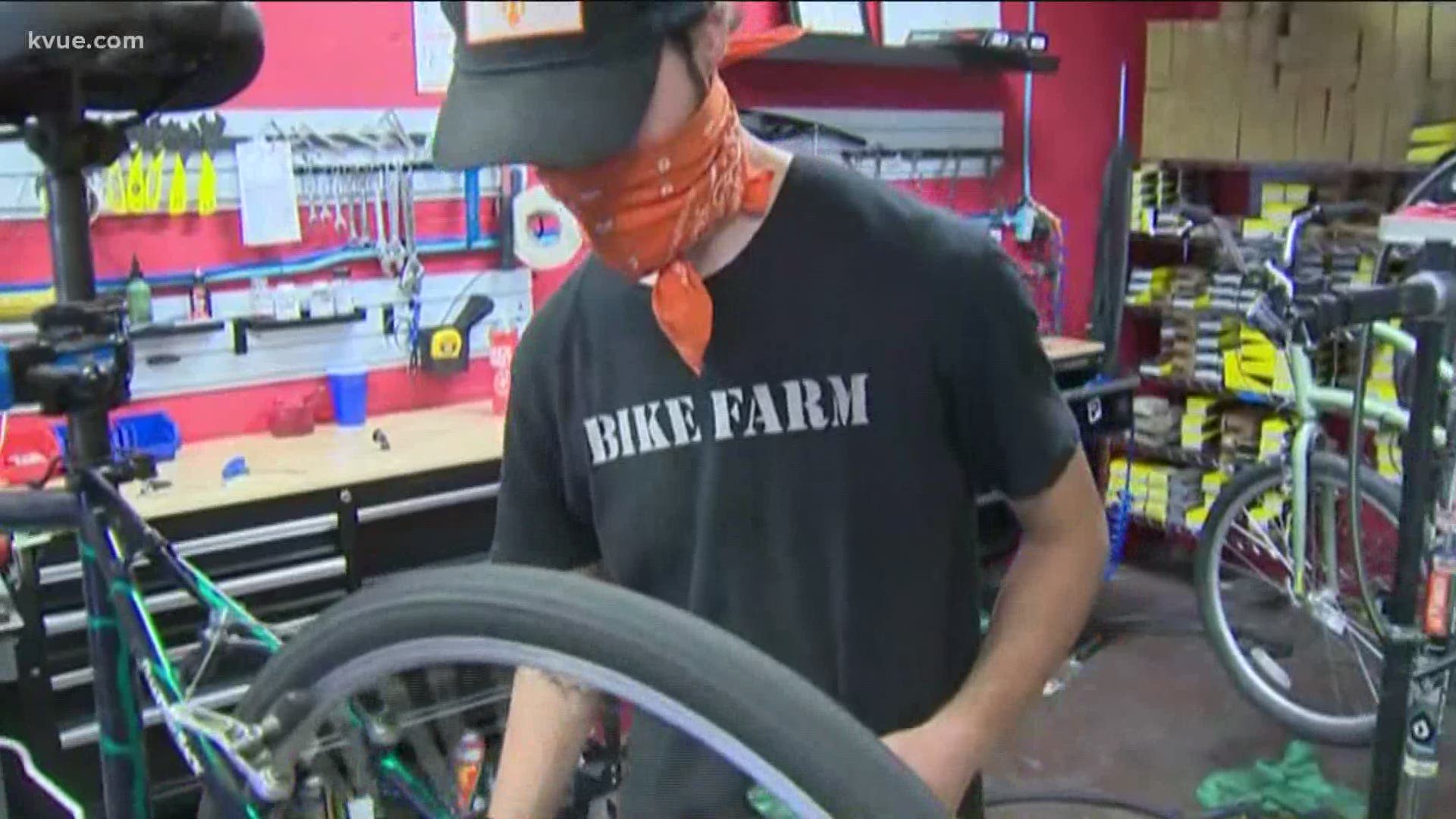 AUSTIN, Texas — Sales are coming in like never before.

Owen Weber, the owner of Bike Farm in Austin, said he thinks sales have increased 300% over the past few months.

"Springtime in Texas, it usually gets pretty busy, but now it just seems like a dream because everybody needs a bike, and they need it now," Weber said.

He said they've hired more staff, more than doubling the employees, just to keep up with the demand.

"We have been selling bikes in the box, building bikes from the box and selling immediately," Weber said. "We’ve only been able to hold onto our most expensive lineup of bikes. Everything under $500 sold out. All our used bikes sold out the first week in March."

He said they've moved the shop outside to help encourage social distancing. Weber also said staff members are wearing masks and disinfecting the bikes and gear.