President-elect Biden will receive the vaccine publicly as early as next week, according to transition officials. Vice President Pence will get it Friday. 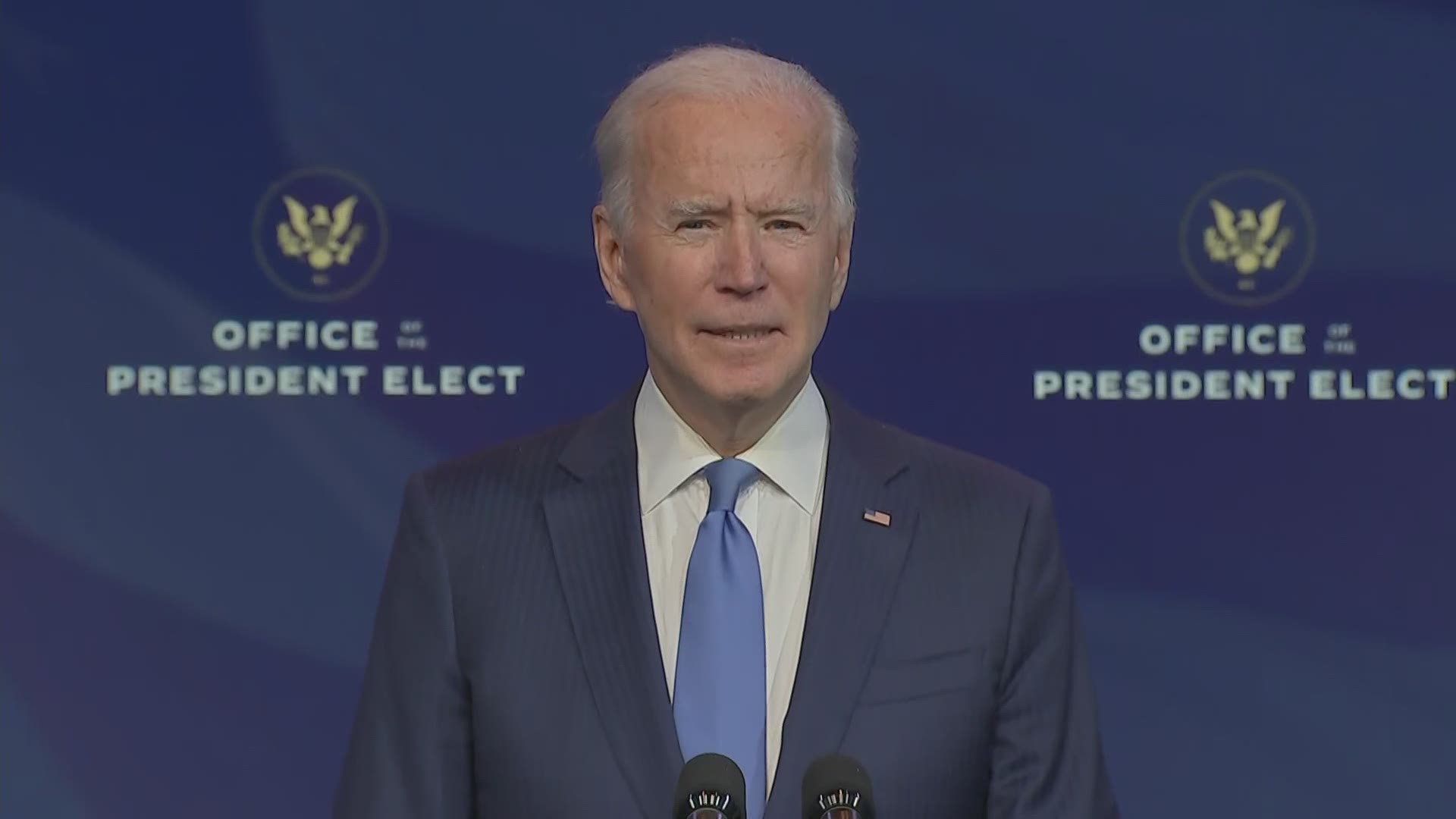 According to two transition officials familiar with the matter, Biden will receive the vaccine publicly as early as next week. The officials spoke on condition of anonymity because they weren't authorized to discuss it publicly.

The White House says Pence and his wife, Karen, will receive the vaccine publicly on Friday.

Biden said on Tuesday that Dr. Anthony Fauci, the nation’s top infectious-disease expert, advised him to get the vaccine “sooner than later.” Biden has said that he wants to keep front-line health care workers and vulnerable people as the top priority as the vaccine is rolled out throughout the country.

But he’s also noted the importance of him getting the vaccine publicly to build confidence among Americans to get vaccinated.

Biden said, “I don’t want to get ahead of the line, but I want to make sure we demonstrate to the American people that it is safe to take."

RELATED: CDC to use text message tool to track COVID-19 vaccine side effects

RELATED: US on track to approve 2nd COVID-19 vaccine by end of week