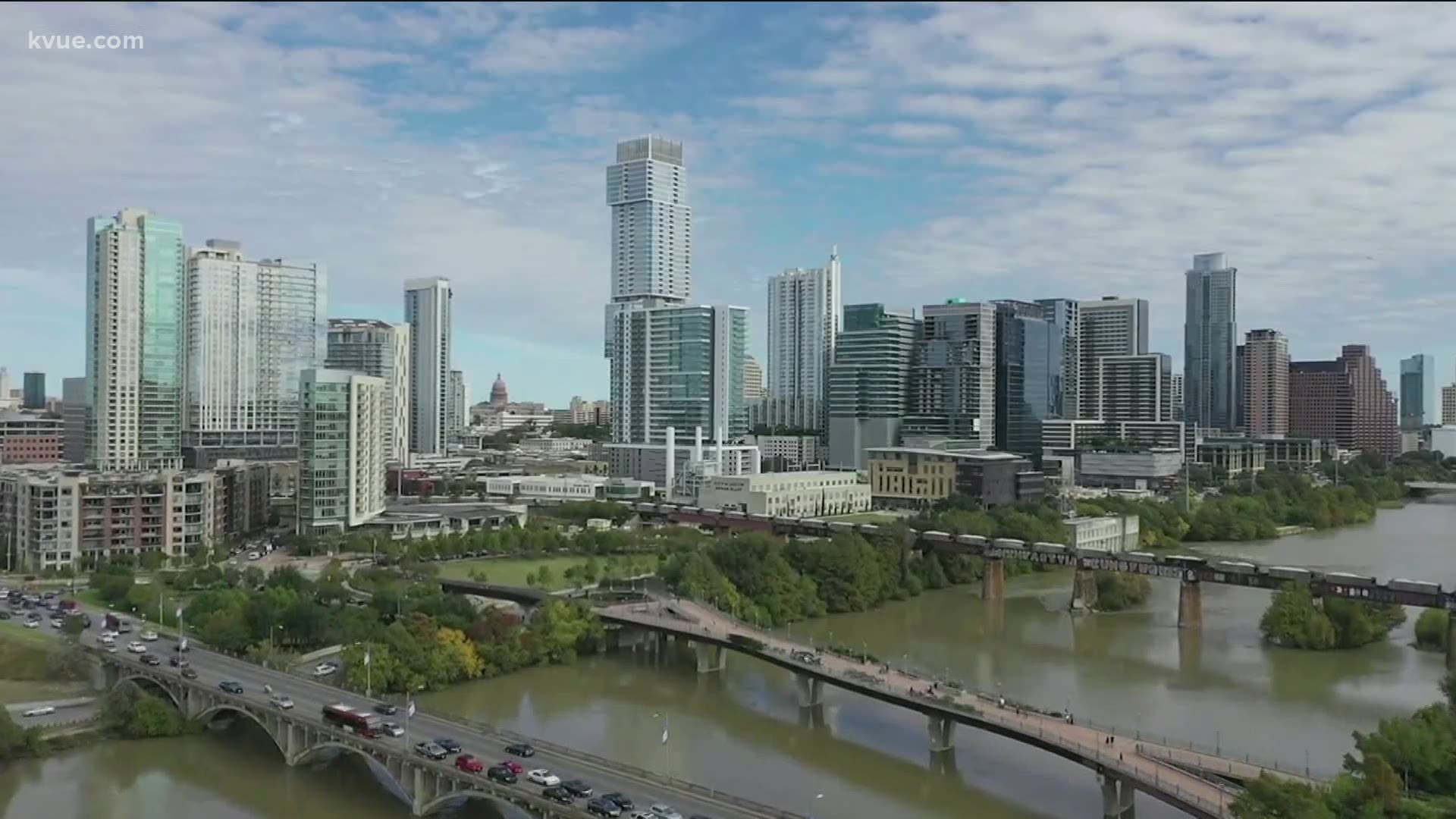 AUSTIN, Texas — This past Saturday, Sunday and Monday saw records broken for the number of new, daily cases of COVID-19 in Travis County, according to data from Austin Public Health. A record daily high of 728 new cases was reported Saturday, with 636 new cases reported Sunday and 508 more reported Monday.

Based on a 14-day moving average, the number of virus infections has increased 230%, while testing is up 57%, based on a KVUE data analysis. Daily hospital admissions in Austin have now risen 53.4% over the past 14 days, with 368 people hospitalized, 121 in ICU and 68 on ventilators as of Monday.

Meanwhile, data from the Texas Department of State Health Services reveals an ever-rising number of hospitalizations across the state, up 105% over the past 14 days.

State-reported data also indicates that of the 54,000-plus staffed hospital beds in Texas, only about 14,000, or one-fourth, remain available for additional patients.