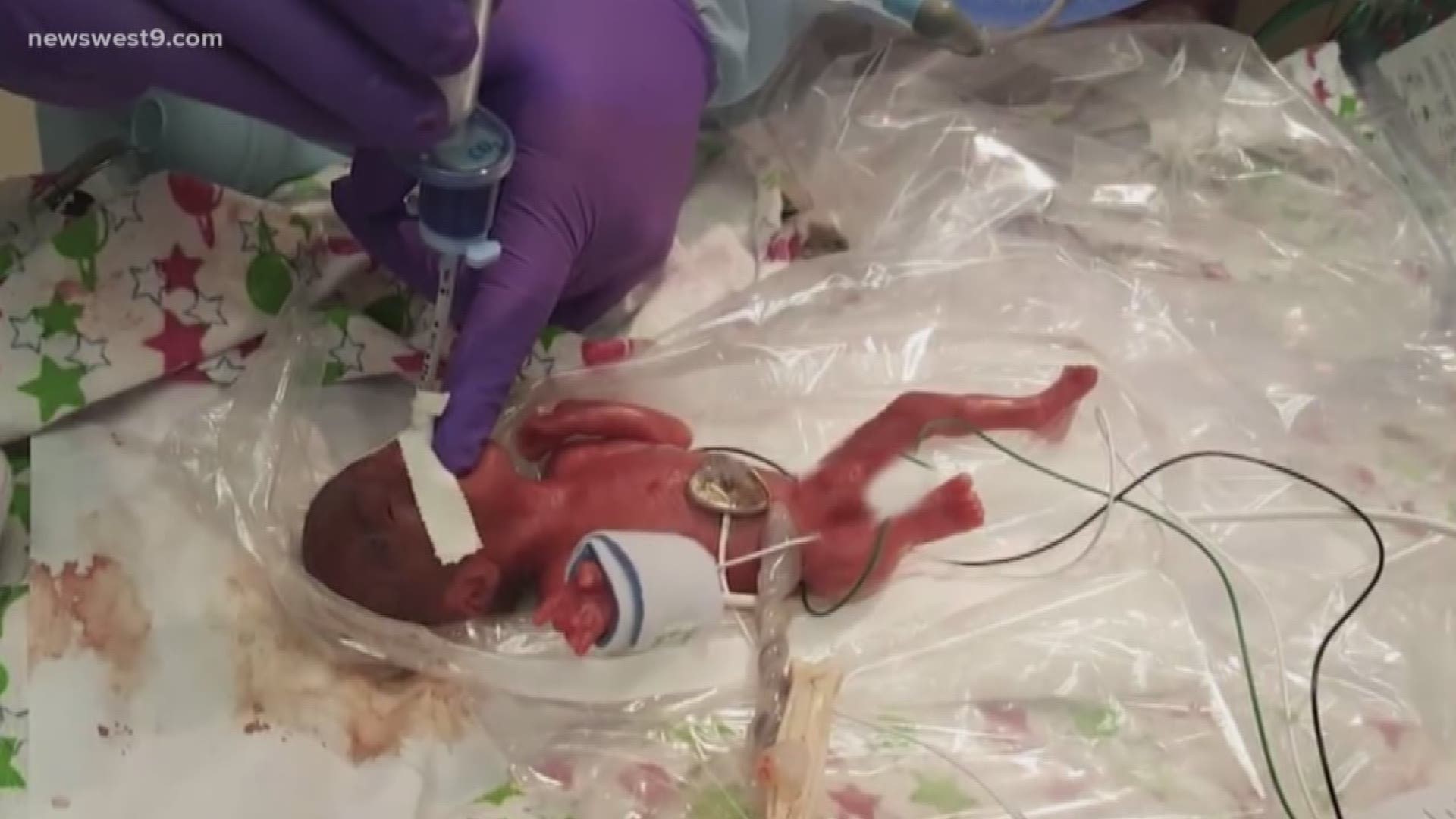 November 17 is World Prematurity Awareness Day, but here's why it is important to be aware of and understand why premature birth is such a concern.

According to The Centers for Disease Control and Prevention and the March of Dimes, premature birth is when a baby has been born before 37 weeks of pregnancy.

Some say it’s life’s most precious gift to have a baby, but it’s certainly no walk in the park. Even for the baby as they develop inside you.

“Premature birth is the largest cause of infant death," said Cates.

When asking Cates what the biggest cause for premature birth is, without hesitation, she will say lack of prenatal care.

Dr. Cates said with that math, about 500 babies in Ector county alone are born prematurely every year.

Of course, a mother does not always have the control, but if she can hold on to her pregnancy it could save the baby's life and even pave the road for a healthier future.

“The babies just aren’t as developed. So they can have neurological problems, things as severe as spina bifida or cerebral palsy they can have developmental problems, so learning disabilities and they’re not meeting their milestones" said Cates.

“I think most people know Stevie wonder is. Stevie Wonder is blind because he was a premature infant and had to be given a lot of oxygen. So that’s a real prominent, visible thing of the effects of prematurity," said Cates.

Besides prenatal care, you can’t forget the importance of substances a mother puts in her body. A huge problem, Cate says has lingered in our area for quite some time.

“People shouldn’t be smoking, they shouldn't be drinking, they definitely shouldn’t be doing illicit drugs. I worked E.R. for many, many years and the vast majority of the babies that we saw coming inborn at home, premature were related to drug use.," said Cates. "It’s sad, very very sad. managing blood pressure diabetes are somewhat preventable but less preventable than putting a cigarette to your mouth. That’s why the relationship with a doctor is so important. They're even there to help you get off of any substance."

RELATED: 10,000 pets needed for largest-ever study on aging in dogs

It seems like common sense to get regular check-ups when pregnant, right? But typically, fear and ignorance are two of the main feelings that hinder most babies' health.

“I think some of it is denial. Occasionally we'll get people that are in labor and say they never knew they were pregnant. That’s probably a lot of denial,"  said Cates. "I think especially with young people, there’s probably a lot of fear. They’re hiding it from their parents, they’re hiding it from their teachers. But I think a lot of it is purely just ignorance. They just don't understand the implications that can arise because of lack of prenatal care, they just don’t understand."