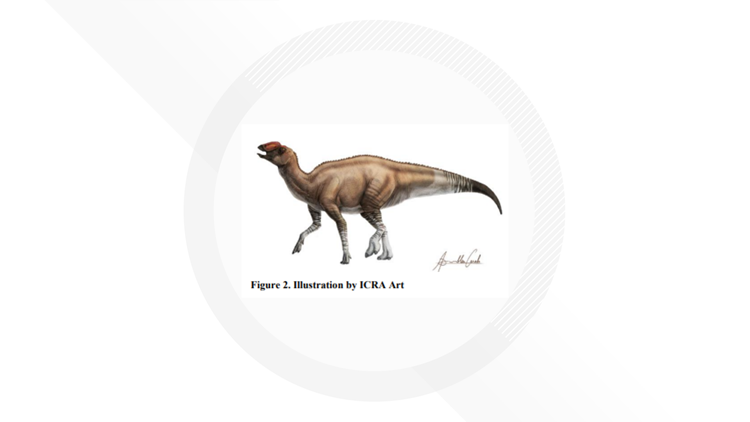 BIG BEND NATIONAL PARK, Texas — A new species of dinosaur has been identified from fossils located in Big Bend National Park 35 years ago.

Texas Tech University Professor Tom Lehman discovered the fossil in the 1980s, but the bones were too badly weathered to study and stuck together at the time.

“This new animal is one of the more primitive hadrosaurids known and can therefore help us to understand how and why the ornamentation on their heads evolved, as well as where the group initially evolved and migrated from,” said Dr. Albert Prieto-Márquez, professor at  the Institut Català de Paleontologia Miquel Crusafont.

Prieto-Márquez is the lead author on a study published in the Journal of Systematic Paleontology.

The specimen is house in the Texas Vertebrate Paleontology Collections at The University of Texas at Austin.