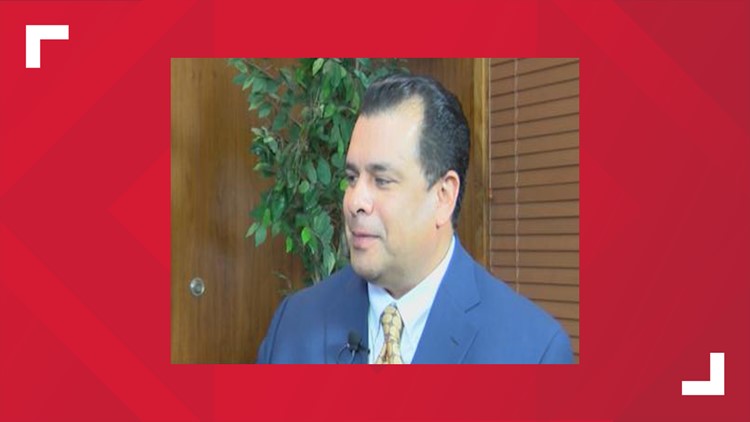 Timothy Ray Vasquez, 49, was charged Wednesday with one count of receipt of a bribe by an agent of an organization receiving federal funds; and three counts of honest services mail fraud.

Vasquez, who was elected San Angelo Police Chief in 2004, then reelected in 2008 and 2012, made his initial appearance in federal court Friday afternoon.

According to the indictment, Vasquez allegedly used his official position to help a radio system vendor land two government contracts worth more than $11 million. In return, the vendor and its affiliates allegedly funneled him and his band, “Funky Munky,” more than $130,000.

Per the indictment, in February 2007, the City of San Angelo solicited bids for a new radio system for first responders, including the police department. Three vendors submitted bids.

Vasquez allegedly asked one of the vendors for a vacation trip, but was rebuffed.

In April, Vasquez recommended the City of San Angelo award the $5.6 million contract to a different vendor, identified in the indictment as “Vendor 1,” who was eventually selected for the contract.

For the next eight years, Mr. Vasquez received yearly payments of approximately $8,000 from Vendor 1 and its affiliates, Juniper Valley and Trixie & Fini, either made out to Vasquez or his band.

However, seven years after the original contract was awarded, the radio technology provided by Vendor 1 was “phased out.”  In an email with City employees, Vasquez indicated he wanted to “use the same vendor” for the new equipment, and urged the city manager to support Vendor 1. In another email with a City employee, he discussed an exemption from the competitive bidding process that would allow San Angelo to award the contract to Vendor 1.

Following a presentation made by then-Chief Vasquez and another employee, San Angelo awarded a new $5.7 million contract to Vendor 1 in June 2015.

In total, Vasquez and Funky Munky received at least $134,000 from Vendor 1 and its affiliates, including at least $88,200 he deposited into his personal bank account and $29,800 he withdrew in cash.

An indictment is a formal accusation of criminal conduct, not evidence, and the defendant is presumed innocent until proven guilty in a court of law.

If convicted, Vasquez faces up to 70 years in federal prison.

The Federal Bureau of Investigation and the Texas Rangers, with the full cooperation of the San Angelo Police Department and the City of San Angelo, conducted the investigation. Assistant U.S. Attorneys Jeff Haag and Chad Meacham are prosecuting the case.