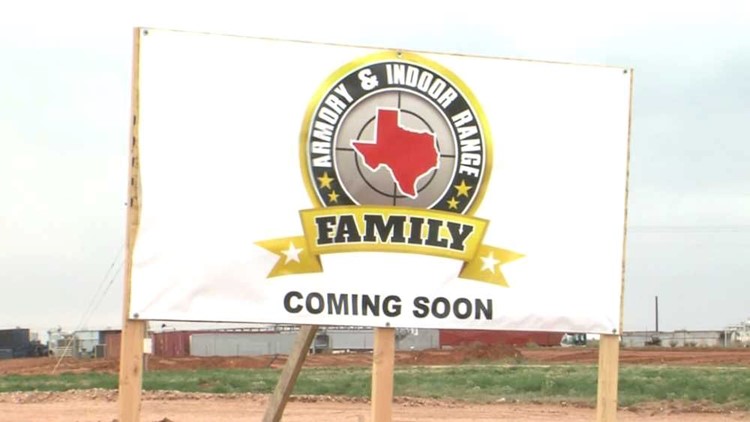 The man behind Family Armory & Indoor Range first appeared on NewsWest 9 in 2012 when he began conducting market research to understand local needs.

Tony Grijalva, who owns and operates the business alongside family members, said approximately 70 percent of the 2,000 West Texans he surveyed reported wanting an indoor gun range in the Basin.

"After years of research and investigation, it's finally real," he said. "From concept, just something in my mind, to concrete actually being poured is just amazing."

"I envision fathers training their sons [and] mothers [training] daughters," he said. "Families can come together and that knowledge [will be] passed from parents to children. You don't get that at a range that isn't intimately classroom-based."

Their inspiration is also family-based.

"As parents of two young ladies, we've always encouraged them to be strong, intelligent and confident in whatever they do," said Grijalva's wife, Courtney. "Gun handling is no exception. This will be a facility where women don't feel too intimidated to come and make the most of their Second Amendment rights."