The Austin-based actor never got his diploma when he graduated from Longview High School more than 30 years ago. 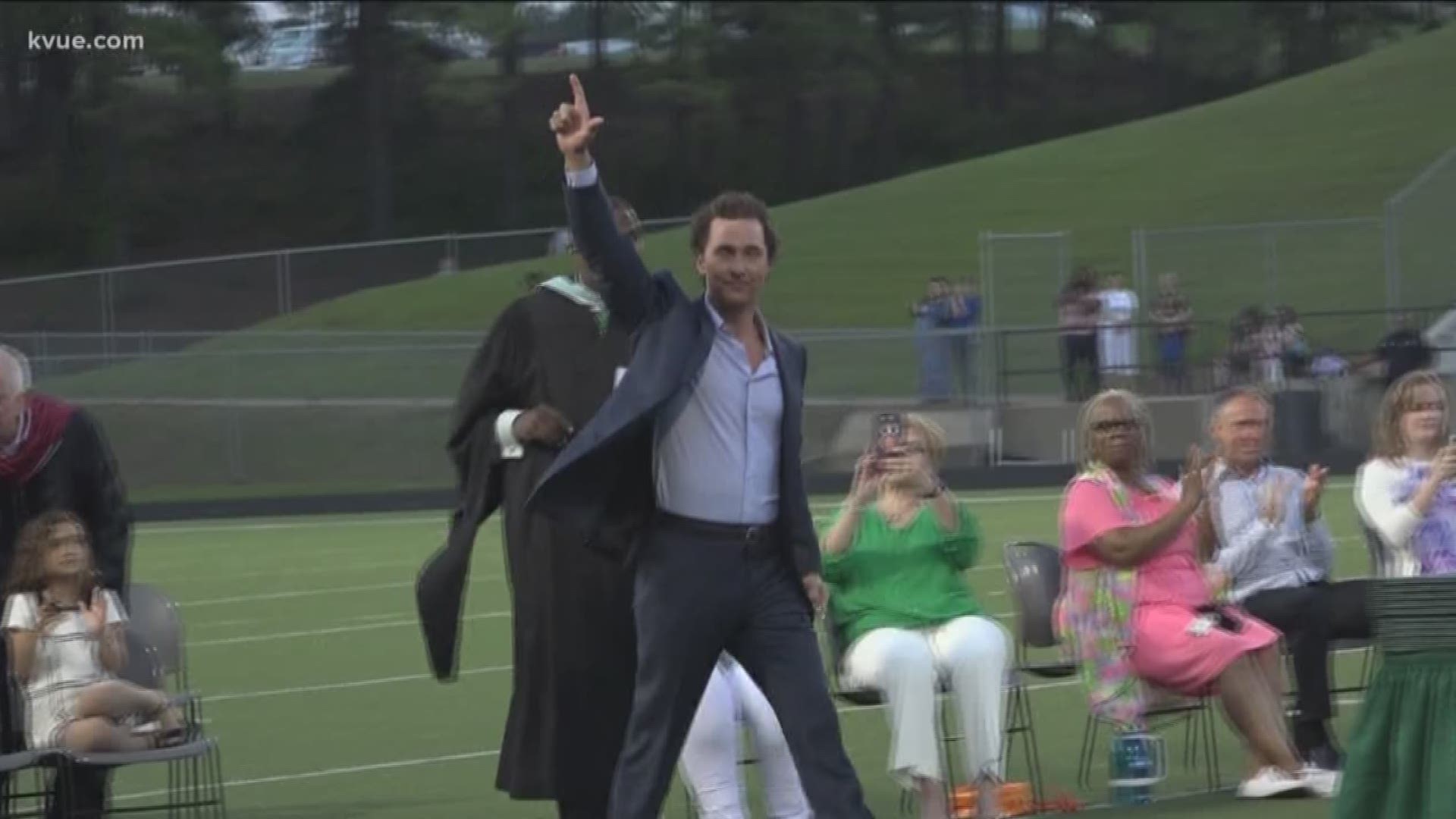 McConaughey was given his original diploma Friday night when he returned to his Texas alma mater to address the class of 2019.

A Longview High School spokeswoman told the Longview News-Journal that graduates normally receive diploma holders during commencement ceremonies and that the actual diplomas must be picked up later. She said McConaughey never got his.

The 49-year-old graduated from Longview in 1988. He responded to receiving his diploma with one word: "proof."

McConaughey lives in Austin. He won an Oscar for his performance in "Dallas Buyers Club."

He told the new graduates that he'd succeeded because he followed his heart, and that they should guard and follow theirs.

Mack, Jack and McConaughey have raised more than $10 million for kids